The annual meeting at Davos, Switzerland organised by the World Economic Forum (WEF) usually brings juicy benefits for transnational corporations, except for a handful that are singled out for a dubious distinction by civil society groups: the Public Eye Awards for irresponsible corporate behaviour. 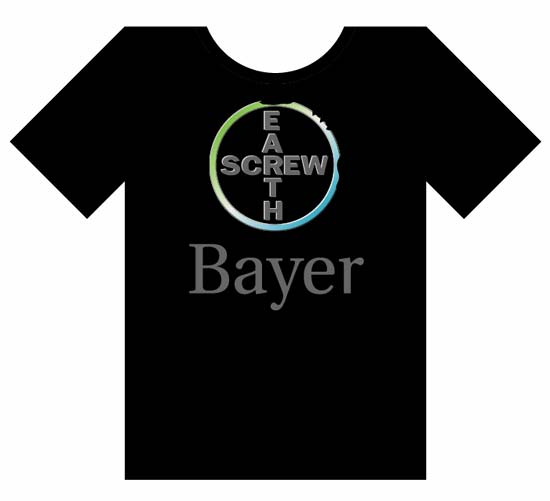 The annual meeting at Davos, Switzerland organised by the World Economic Forum (WEF) usually brings juicy benefits for transnational corporations, except for a handful that are singled out for a dubious distinction by civil society groups: the Public Eye Awards for irresponsible corporate behaviour.

History will repeat itself this year when the WEF meets once again Jan. 25-29 in the Swiss ski resort, where the nominees for the Awards include Alcoa, Bayer, Coca Cola, Chevron, Novartis, Walt Disney, Citigroup and Nestlé.

Two international non-governmental organisations, Pro Natura - Friends of the Earth Switzerland and the Berne Declaration, announced this week that they will grant the Awards on Jan. 25 in Davos. The Awards are aimed at highlighting particularly irresponsible behaviour on the part of corporations in the areas of the environment, labour rights, human rights and taxes.

The objective is to take a look at the activities of the companies from a different angle, with a vision that it not limited to a merely economic focus on the environment, said Sonja Ribi, Pro Natura project leader for Politics and International Affairs.

The Award winners are selected from nominees proposed by non-governmental organisations from around the world. Last year the prizes went to Dow Chemical, oil giant Shell, U.S.-based retail chain Wal-Mart, and KPMG International, an accounting and consulting firm. Nestlé was also recognised with the "people's choice" award. The novelty this year is a positive prize to reward a company that has stood out for its respect for environmental and social standards.

Oliver Classen, a representative of Berne Declaration, said the negative Awards are aimed at simultaneously counteracting the influence of the WEF, and to contribute to a debate on the darker zones of globalisation that is merely profit-oriented. WEF, a Geneva-based private international organisation, has drawn the world's prime business and political movers and shakers together every year for the past 35 years, to discuss global problems and propose solutions.

The activities at the Forum are the target of criticism from civil society organisations, which are opposed to the approach it takes towards globalisation. "But with the Public Eye Awards, we show what steps are possible and necessary in order to bring about a more socially just and environmentally sustainable economy," argued Classen.

He said that the effort to nominate and select companies for the Awards make his organisation feel closer to the World Social Forum (WSF), an annual gathering of tens of thousands of civil society activists first held in January 2002 in the southern Brazilian city of Porto Alegre to debate alternatives to globalization in its current shape and form and possible solutions to international problems.

This year's WSF will be held in three different parts: Jan. 19-23 in Bamako, Mali; Jan. 24-29 in Caracas, Venezuela; and in March in Karachi, Pakistan.

Classen maintained that Davos needs some of the spirit of Porto Alegre, which is summed up by the slogan, "Another World Is Possible." By contrast, the ruling principle at the Swiss ski resort meeting is "There is no alternative," the motto of former British Prime Minister Margaret Thatcher (1979-1990), he remarked.

The "prizes" awarded by the two Swiss non-governmental organisations are aimed at reminding the participants in the Davos forum and transnational corporations in general that "civil society is keeping a close eye on them," said Classen.

Ribi stressed that transnational corporations should be subjected to binding international rules that force them to accept legal responsibility and accountability for their actions, and when it is warranted, punishment.

The "distinctions" granted in 2005 have had varying effects on the companies that were selected by Pro Natura and the Berne Declaration. The Swiss affiliate of the KPMG International accounting and consulting firm, "rewarded" for its contribution to aiding and abetting tax evasion, has transferred the tax consultants who work on big-money accounts from its Swiss headquarters to offices in other countries, the activists reported.

In the case of Shell, singled out last year for its practice of flaring natural gas in its oil fields in Nigeria, the Dutch-British corporation was slapped with sanctions in December 2005 by the West African nation's Supreme Court, which ruled that the practice was unconstitutional. In addition to endangering the health of the nearby population, flaring gas threatens the environment by releasing large amounts of carbon dioxide, one of the main "greenhouse gases" responsible for global warming and climate change, noted Ribi.

Activists and individuals concerned about Shell's activities attended the corporation's 2005 general meetings in London and The Hague to present an "alternative annual report", drafted to contest the reports prepared by Shell itself, Ribi told IPS. As a result, Shell's top management met last December with representatives of NGOs and victims of the company's activities in Nigeria.

According to Ribi, this demonstrates that companies are obliged to justify their actions to the community, because the private sector cannot ignore public opinion. The experience with Shell has also shown that concerted action on the part of civil society and those affected by the practices of multinationals can achieve results that "teach the companies that there are limits to what they can do," she added. (Gustavo Capdevila)