Here some pictures of the eviction of the top site. There are four sites in total with tree houses and tunnels. The eviction is anticipated to last about two weeks and cost £1.4m. The route of the new road leads directly through the Dalkeith Country Park, a site of specific scientific intrest, and home to herds of sheep, cows, and over 100 horses grazing there on wide fields. It is also part of the Edinburgh Green Belt and inhabitants of the park include deer, bats, birds, foxes and other wild anilmals. It is also used as a recreation area for people from alkeith and Edinburgh, and has an enormous adventure playground, folleys and old houses in the Park.
A lot of people cycle, do walking and train their dogs in the park, too.
Dalkeith town is crossed by the A68 leading to Jedburgh and the Borders. 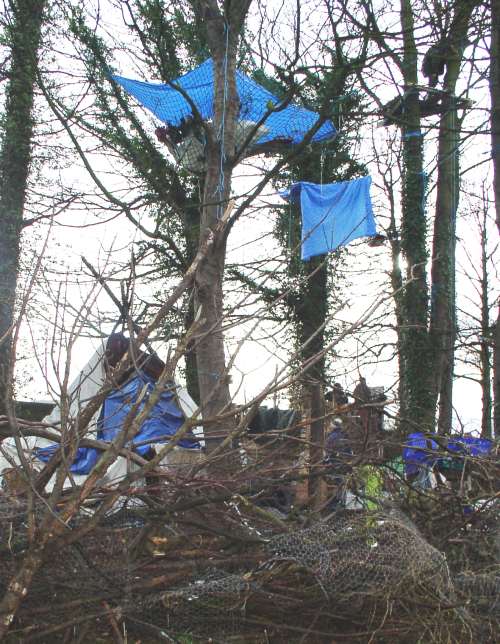 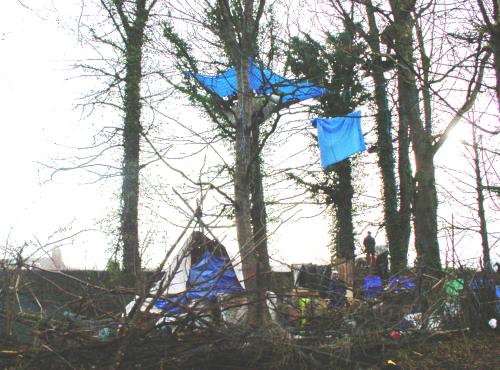 middle camp: guarded by 2 policemen, protesters prepare for their turn 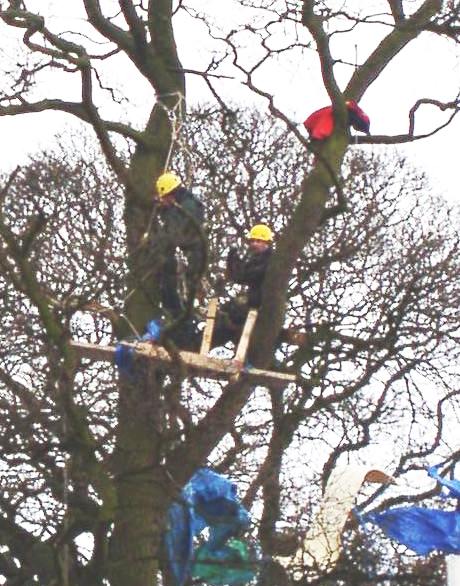 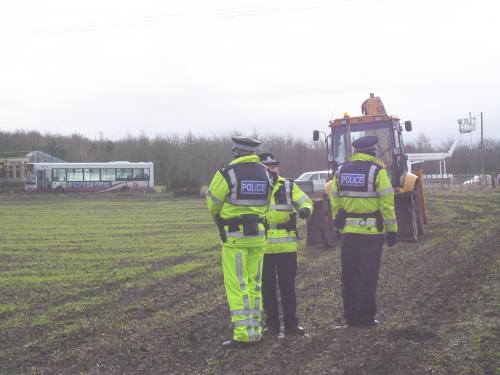 top site from a distance 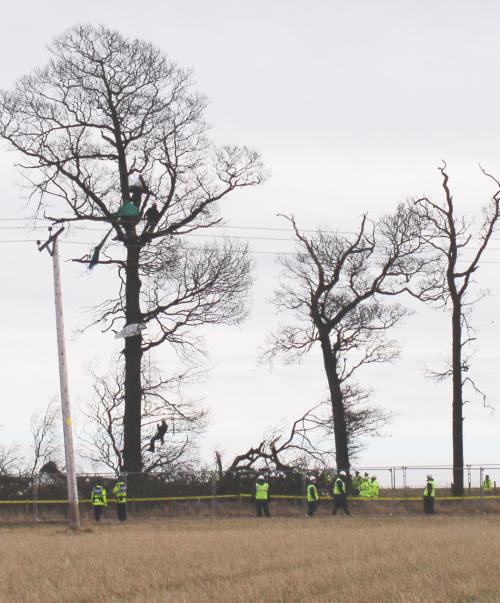 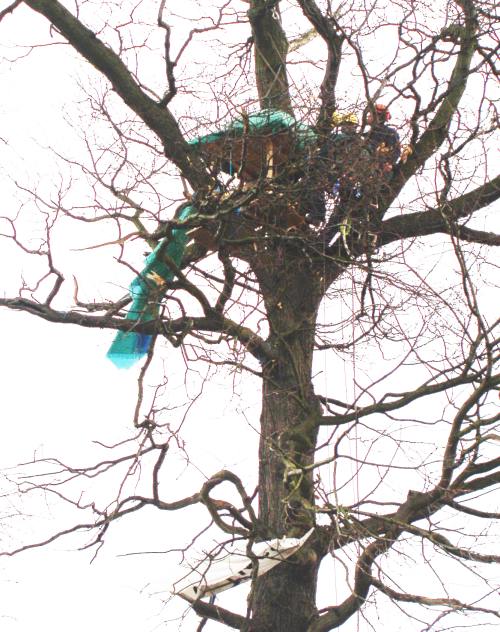 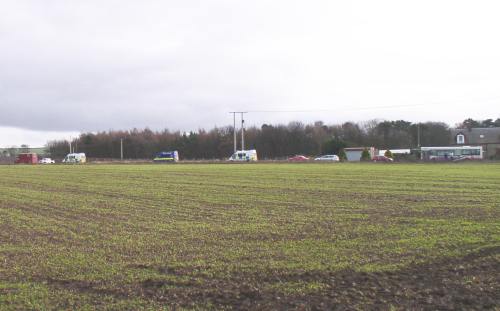 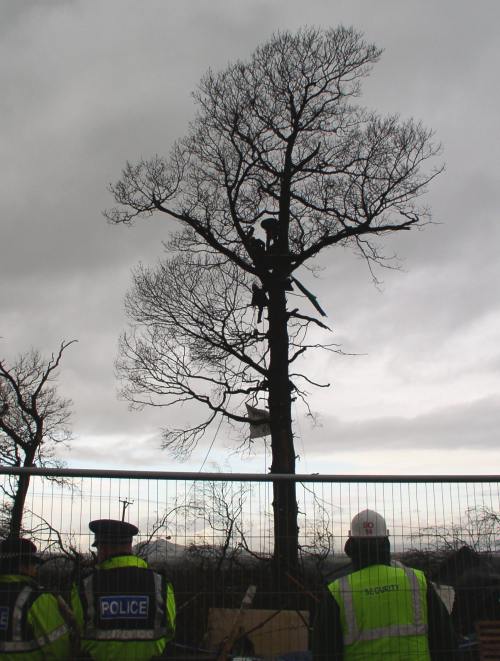 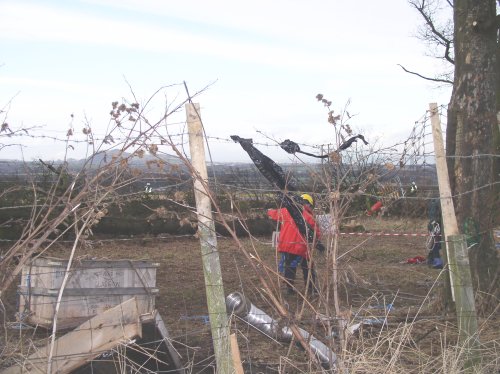 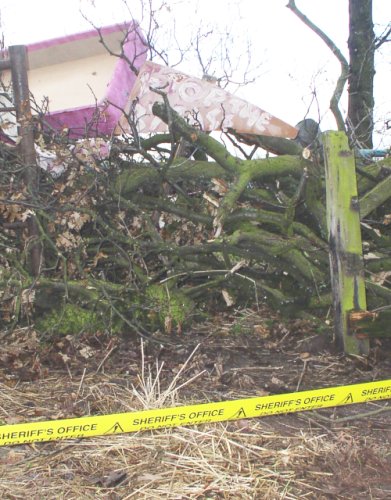 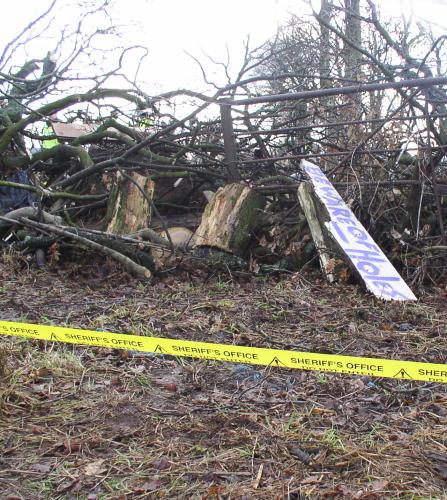 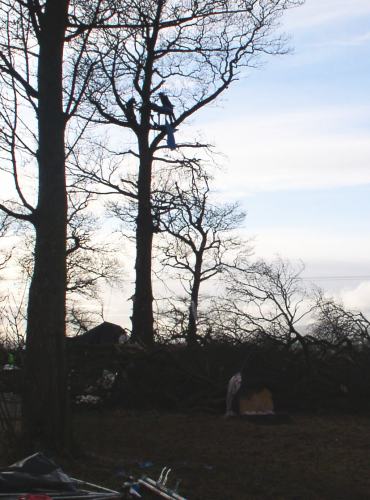 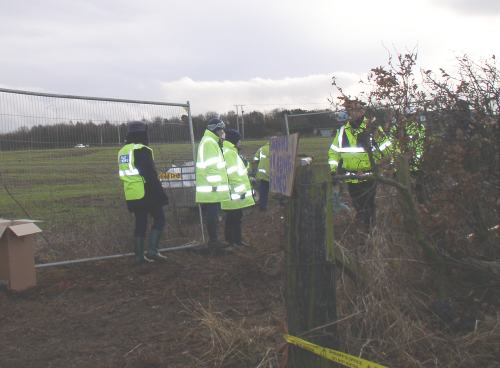 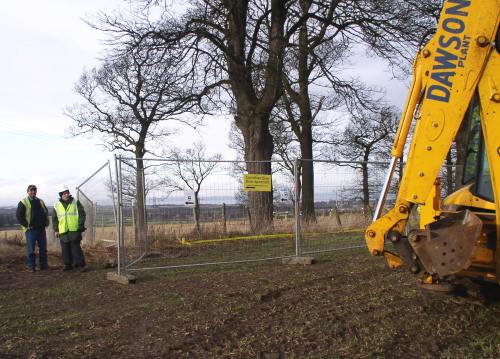 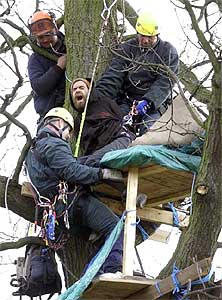 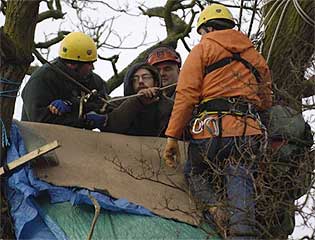 However, the A1 and the reopening of the railway line might positively affect transport via Dalkeith. The Bypass is not seen as an option, more as a hurried through project by the Scottish Executive who wanted to spend money on road building quickly after the legal challenge for the M74 stopped building the extension of the motorway through Glasgow.

The plans for building the road are said to be over 13 years old, and hardly anything has ben done - no new evaluations or public inquiries or similar, untill the plan was dug out end of the summer and suddenly planned to realise.

pictures here are also from the Scotsman and the Edinburgh Evening News, as it is impossible to picture exactly what is going on without an immense huge telescopic lense on the camera.