Six months after the shooting of Jean Charles de Menezes 2-300 people gathered at Stockwell Tube station (the scene of the crime) to remember Jean and support his cousins. For the family it has been a very difficult time made worse by endless lies peddled by the British State and its filth…whoops… I mean Police. 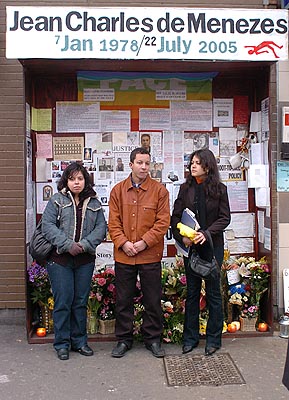 No justice no peace. 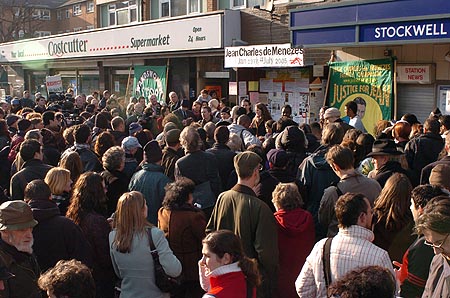 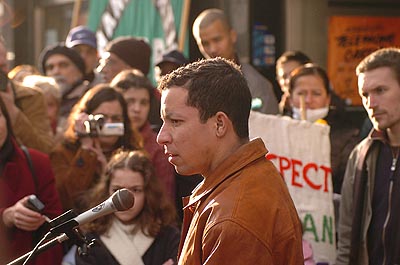 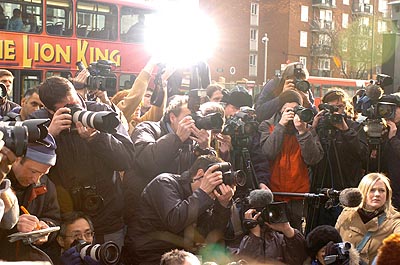 Plenty of cameras. So where was the coverage? 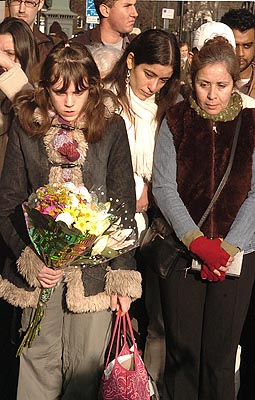 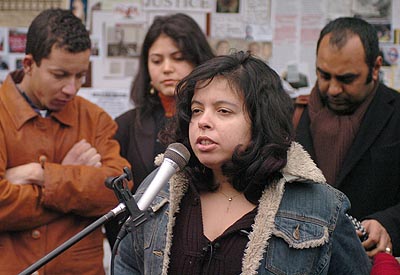 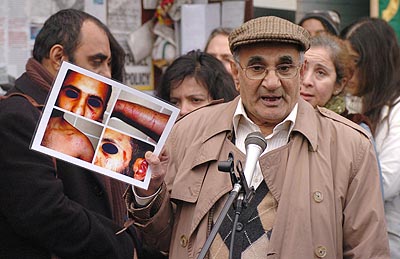 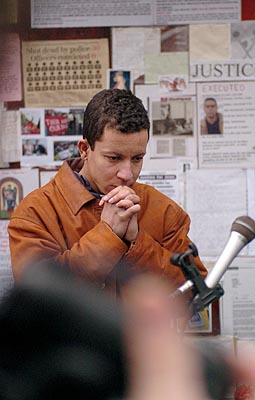 Six months ago I got a call from a press agency telling me that the Police had killed a suicide bomber at Stockwell tube station. I got there within minutes to find the area was being cordoned off. An armed cop threatened me for taking pictures of the scene. At this stage the Police were already gossiping to the assembled media about the incident. They were telling them (off the record) that a terror suspect who was behaving suspiciously and possibly carrying a bomb had run away after being challenged by officers, he had vaulted over the barriers and run onto a tube train where he had been shot after refusing an opportunity to surrender.

The Police could tell the media (off the record) that the moon was made of cheese and it would be printed as fact and they know it. Did they really think they could get away with this? Were they hoping that the media circus surrounding the arrest of the failed bombers a few days later would make everyone forget about Stockwell? Did they really think that other lies they told like ‘the CCTV wasn’t working’ would cover their tracks? Or that the de Menezes family would accept the pitiful £5,000 compensation offered by the MET and forget about it. One thing they did not count on was the determination of Jean Charles’ cousins who like him were resident in the UK.

From the word go Jean Charles’ cousins were told that the IPCC (Independent Police Complaints Commission) would have to investigate the killing and then all their questions would be answered. At a press conference given by the family last Thursday this turned out to be another lie. Alessandro Pereira told the media that he had never been convinced that the IPCC would do anything other than cover up what had happened. He challenged the IPCC to surprise him, to prove that one state institution could successfully investigate another. His predictions about the enquiry were not only proved right but turned out to be even worse.

The family told the media at the vigil how the IPCC had refused to give them a copy of their findings. Even worse they were discovering its conclusions 2rd hand from deliberate leaks that were appearing in the press. Their lawyer Assad Rahman told the media that if Jean Charles’ family were white, British and middleclass they would never have been treated like this. Another of Jean Charles’ cousins Patricia da Silva Armani thanked those attending the vigil for coming and assured everyone present that they would not rest until justice had been done. Despite a huge turnout from the corporate media (Sunday is a slow News day) there has been very little coverage of the vigil in today’s papers.

Another speaker at the event was the father of Baba Ahmed another innocent victim of the so called ‘War on Terror’ that has seen his family ripped apart. Baba Ahmed was the subject of a 5am raid by anti terror Police who severely beat him and then told numerous lies about how he sustained his injuries. Baba a Brighton student is facing extradition to America where he will NOT get a fair trial. Home secretary Charles Clark has the final decision which does not bode well. 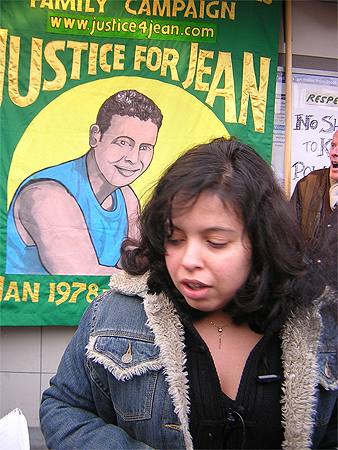 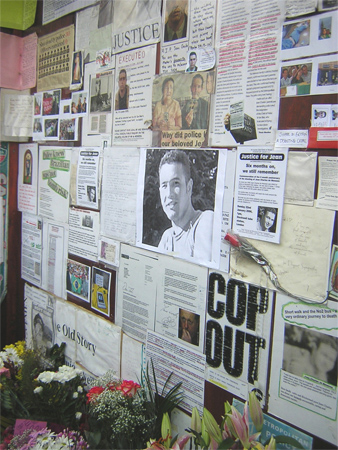 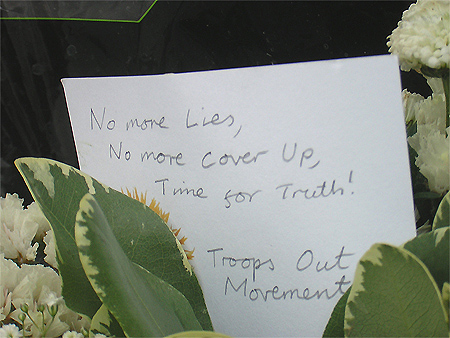 A card left in the memorial .. it says it all 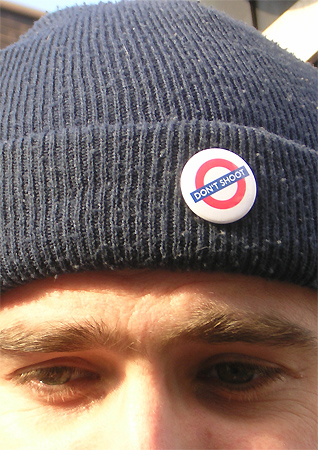