On Saturday Stop the War Coalition draped Nottingham's Armed Forces Recruitment Centre with coffin-shaped placards naming the members of the British Forces killed in Iraq.
At this time 98 British servicement have lost their lives. Why wait to demonstrate until the number inevitably reaches 100! 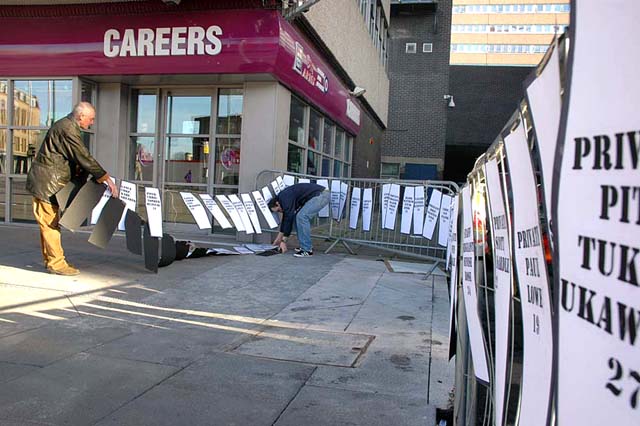 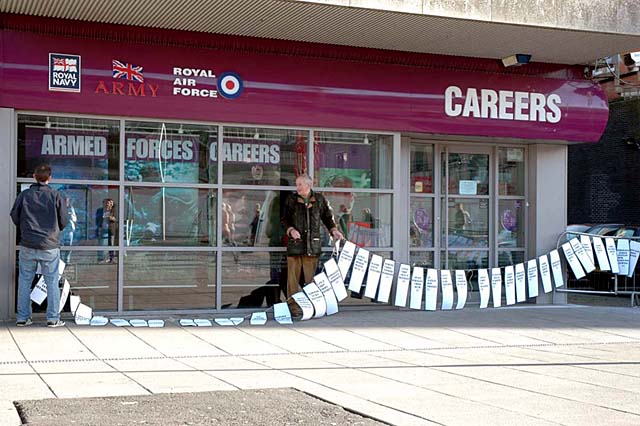 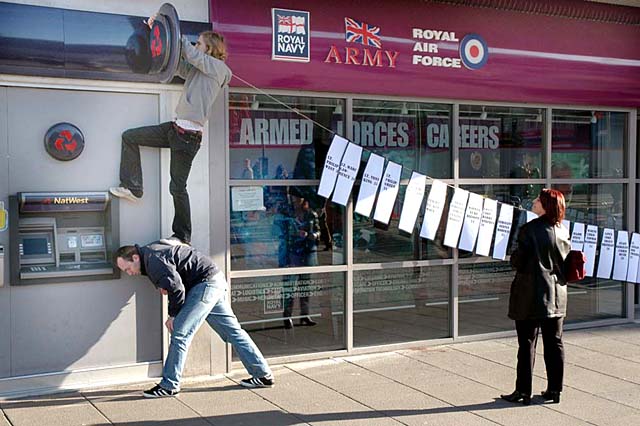 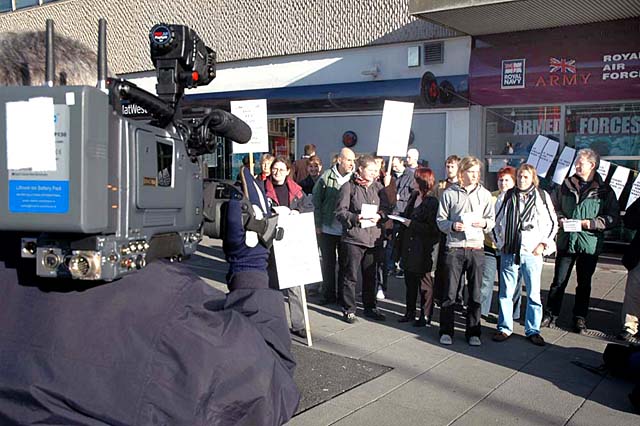 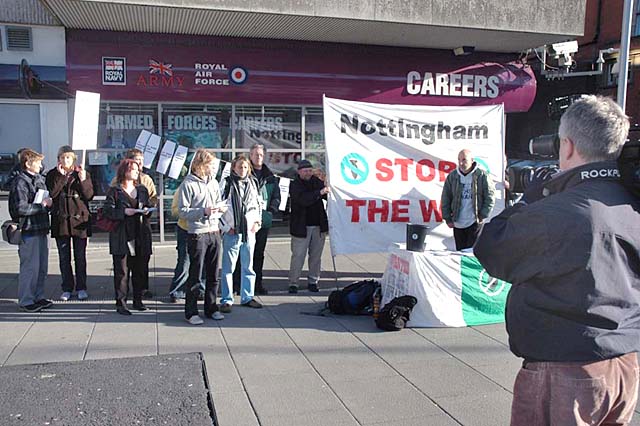 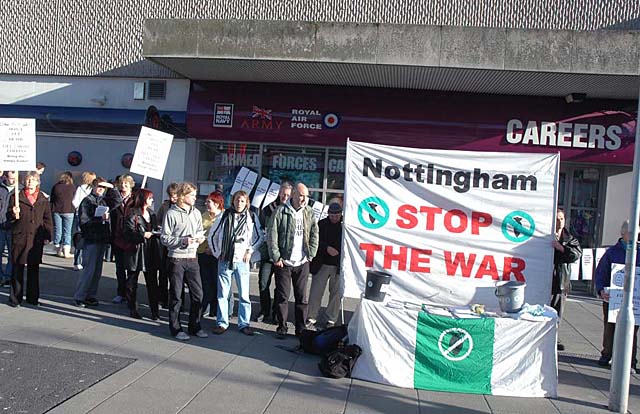 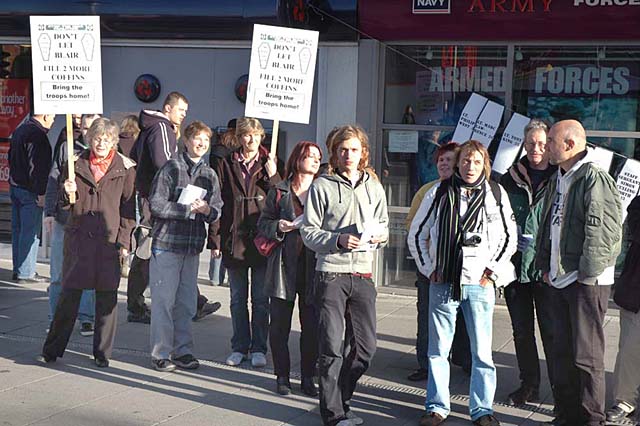 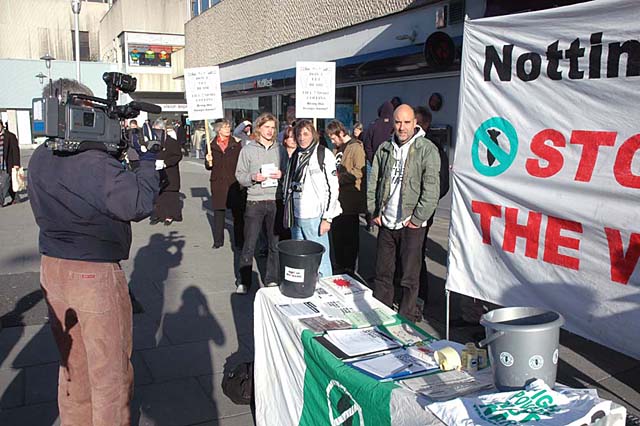 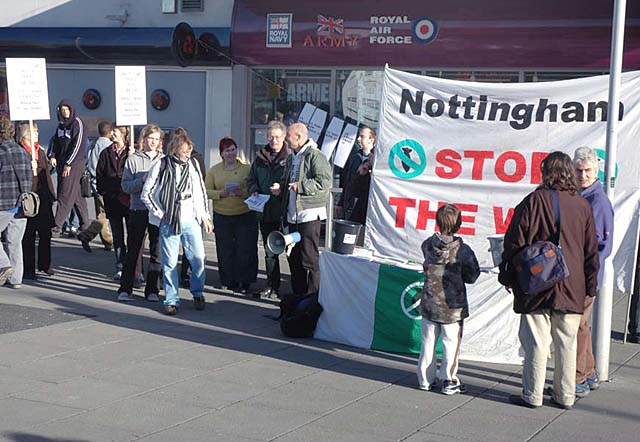 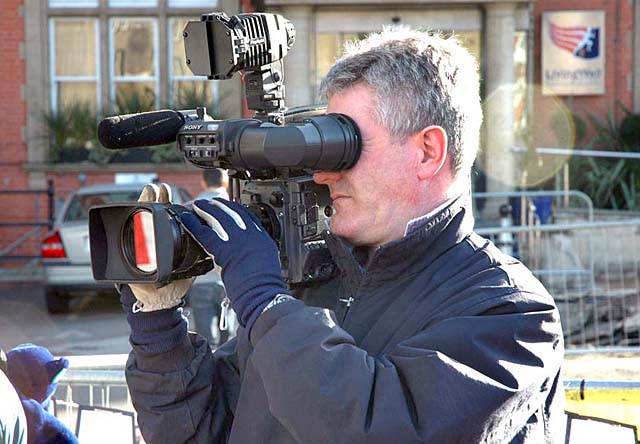 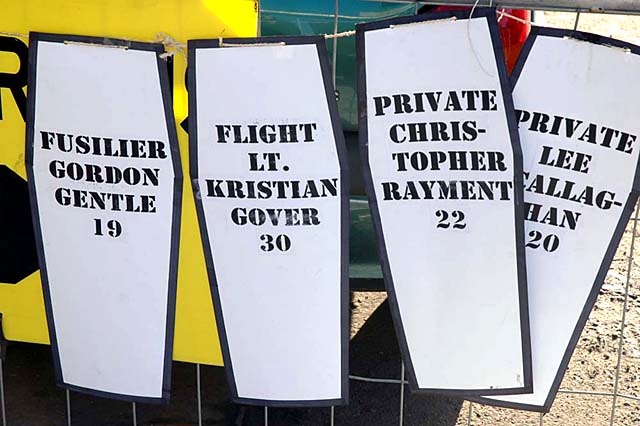 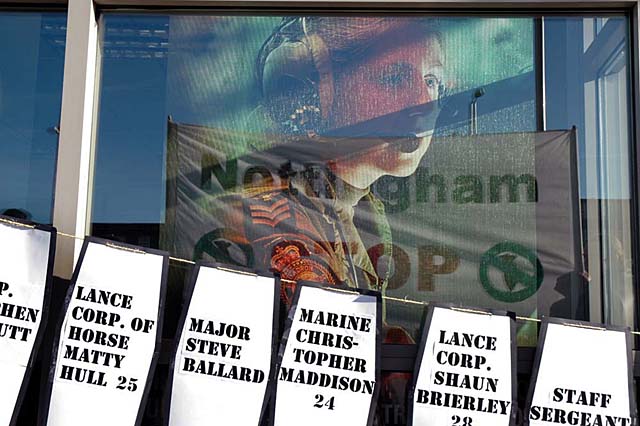 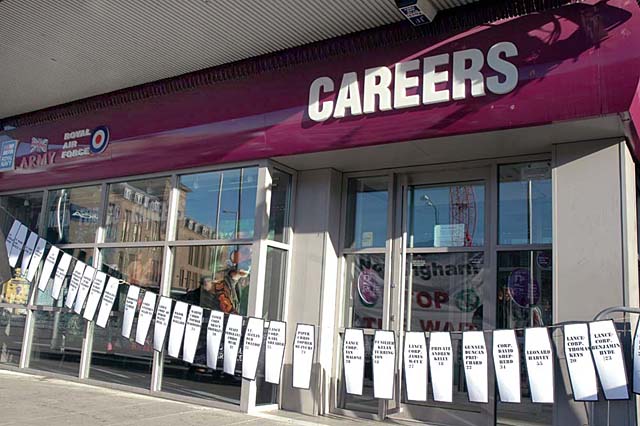 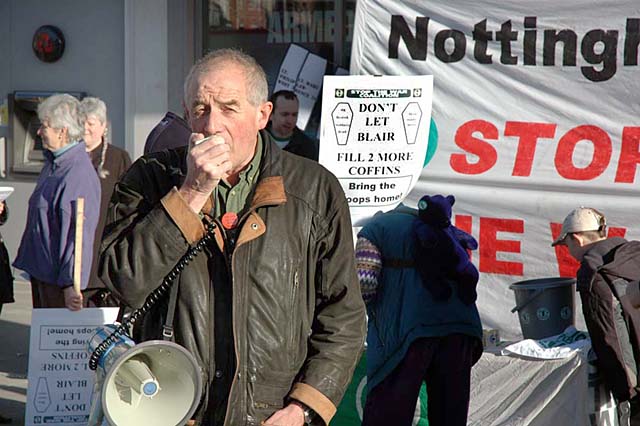 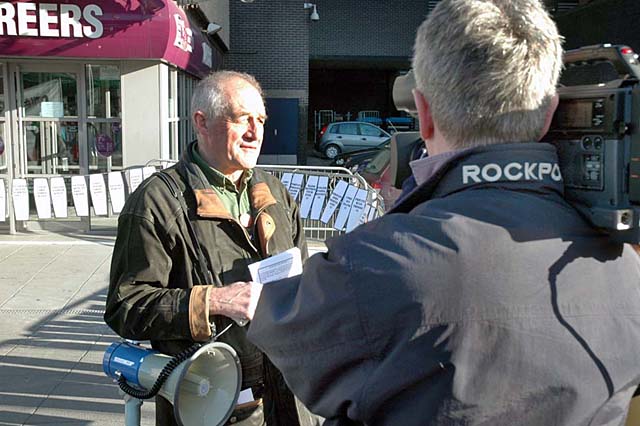 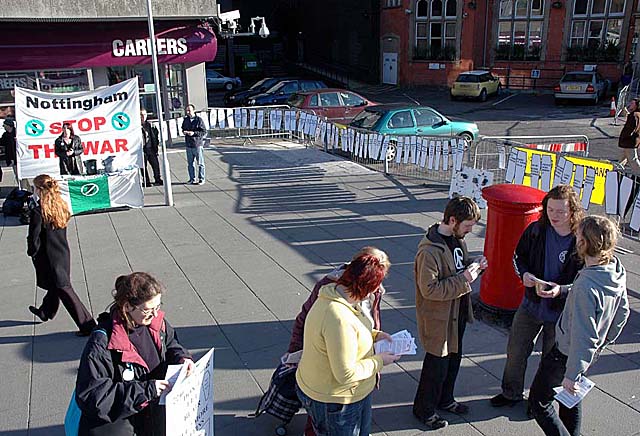 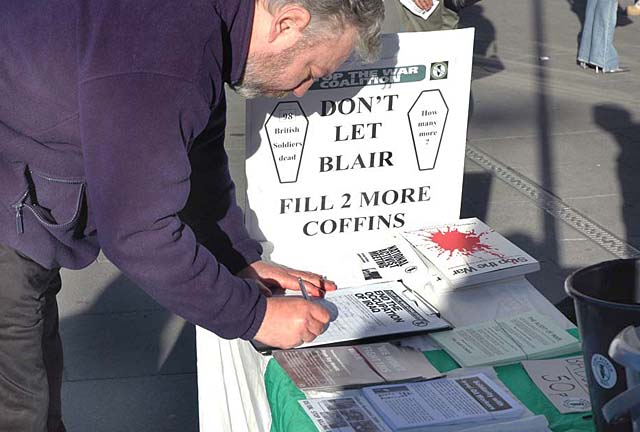 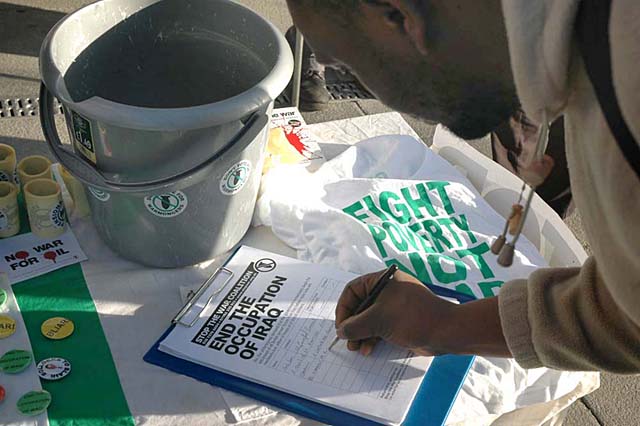 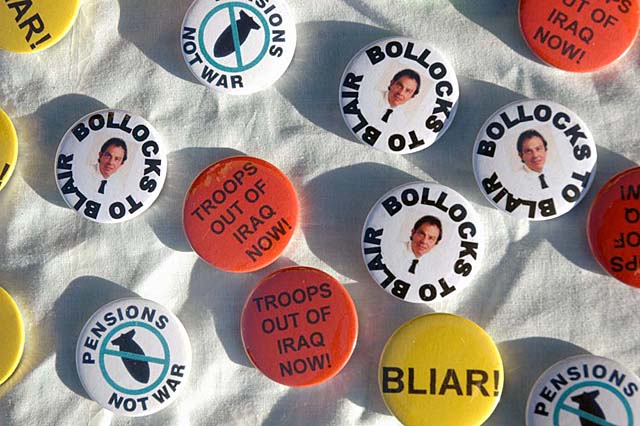 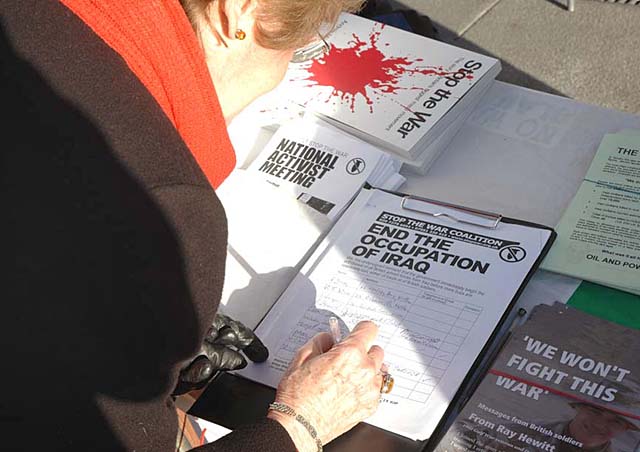 At this time 98 British servicement have lost their lives. Why wait to demonstrate until the number inevitably reaches 100!

The Recruitment Centre, just by the Victoria Centre Clocktower, closed while we were there.

They had prepared the placards, edged in black, mounted on a line, and naming each of the 98 dead, in preparation for a wave of protests to be mounted across the country should they let the death toll reach 100. But why wait?

They set up a stall, and banner outside the Centre and gave out all of our 1,000 leaflets urging Blair to end the occupation before the death toll reaches 100, and urging prospective recruits to stay out of the forces. Passers by took a great interest in our stall, badges and leaflets, and put over £20 in our collecting bucket.

They started off stringing the placards along the temporary railings round the pavement repair site, but then realised we could climb up and loop one end over the National Westminster Bank's sign so that they dangled diagonally across the front of the Armed Forces Recruitment Centre window. It looked impressive in the sunshine. The local ITV camera crew did not broadcast their footage, but plenty of people took pictures. If we have got our act together, there's a photo with this report.

At the end of the demo, they finished in time to get down to CND's (also very successful) Vigil for hostage Norman Kember in the Market Square, and the local BBC camera crew down there did broadcast their footage that evening.

While at the event, I took a series of videos on my mobile phone.

These can be seen at: