On 19 January, 2006, Bereket Yohannes, a 26-year-old from Eritrea, was found hanged in the showers of Harmondsworth detention center near Heathrow [see NCADC's original report].

The following day, distressed detainees refused to take food, held a meeting and demanded to meet with the United Kingdom Detention Services (UKDS) who run detention centres. 61 detainees signed a joint statement concerning the conditions at Harmondsworth and the treatment of detainees and presented it to UKDS. A member of the detainee support network said:

"I wish to underline the detainees' protest was thoroughly peaceful. The committee members had a key role in defusing tension and stopping other detainees from taking more drastic and desperate forms of action."

Nevertheless, UKDS and the Home Office responded by moving those involved to “secure cells” (solitary confimement) or transferring them to other detention centres as a punishment [report].

This was not the first time that miserable conditions at detention centres have lead to protests and people taking their lives [Harmondsworth protest 2004 | IRR report | Interview with detainee].

A vigil in memory of Bereket will be held on Sunday, 29 January, outside Harmondsworth detention center. Participants are ecouraged to visit detainees. 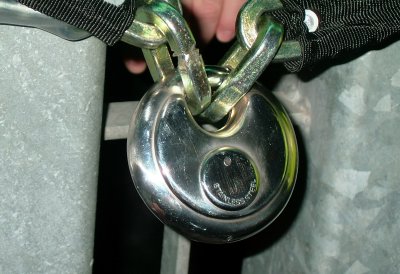 On 19 January, 2006, an asylum seeker hanged himself in Harmondsworth detention center near Heathrow. 26-year-old Bereket Yohannes, from Eritrea, was found hanged in the showers at around 5.25am after several warnings that he would kill himself if deported.

Bereket had been detained since he arrived in the UK in October 2005 (in Dover detention centre till Simptember, 2005, then in Harmondsworth thereafter). He had had removal directions for February but the deportation had been deferred pending a judicial review. Detainees at Harmondsworth say the deportation was not to be to Eritrea, nor even Italy, where Bereket had come from to UK, but to Sudan!

The following day, fellow inmates declaired a hunger strike, demanding a meeting with the prison’s management. They formed a committee and drew up a number of complaints, which they presented to the United Kingdom Detention Services (UKDS) who run Harmondsworth. In a joint statement signed by 61 detanees, they made 10 demands concerning the conditions at Harmondsworth and the treatment of detainees.

Since then, UKDS and the Home Office have acted brutally to punish those who dared to protest. All those involved in the peaceful protest have reportedly been moved to “secure cells” (solitary confimement) while mandatory forms for moving them from open to closed conditions, completed by officers, gave simply "indiscipline" as the reason. Many of them have been transferred to Colnbrook Short Term Holding Centre and two to Dungavel immigration Removal Centre. One guy, whom the prison’s management identified as an organiser, was subjected to an attempted deportation, although his asylum case is still ongoing. He was due to be deported on 24th January from Heathrow airport, but only a last-minute mobilisation managed to stop this illegal action. He was not then returned to Harmondsworth, but to Colnsbrook Removal Centre. Bereket’s roommate was also transferred to another detention centre immediately after his death.

A vigil in memory of Bereket will be held on 29th January outside Harmondsworth detention centre.

Bereket Yohannes has become the last of many asylum seeker to die at their own hands whilst incarcerated in a UK detention centre. Like the others, the prospect of removal became all too much for him and death became preferable to deportation, add to that the lack of care and harsh treatment in detention centres. (see IRR’s 2004 report on death of asylum seekers in UK detention)

A similar incident two years ago resulted in the death a 31-year-old Ukrainian, Sergey Barnuyck, who was found hanged in Harmondsworth on 19 July, 2004. The incident sparked a night of riots at the detention centre so it had to be closed and all the detainees transferred to other prisons and detention centres. One of those dispersed, a 23-year-old Vietnamese man, was found hanged in Dungavel removal centre, in Lanarkshire, four days later.

Of the UK’s 10 detention centres (called “immigration reception and removal centres” by the government) seven are run by private companies. They hold failed asylum seekers and “illegal” immigrants due for deportation, as well as new asylum seekers whom the authorities believe may disappear from the system. Up to 2,600 people can be held in the centres.

Figures obtained under the Freedom of Information Act reveal that none of the private firms running these centres have even been fined over suicides or self-harm, even though at least two internal enquiries have blamed official failings (see RAM’s report).

Many groups around the country are supporting asylum seekers or support the slogan "no one is illegal". To name only a few: national coalition of anti-deportation campaigns, Barbed Wire Britain, local noborder groups in Birmingham, Glasgow, Leeds, London, Manchester and Sheffield. There is also a noborders forum and an open announcement mailing list. For more info, check "make borders history" and the imc uk migration page.