Naming the dead in Swindon

Tuesday 30th January 2006 saw the death of the 100th British soldier in the war in Iraq. Peace campaigners in Swindon joined others in many towns around the country in a vigil the following day to mark this event. The names of two hundred victims of the war; the one hundred soldiers, and one hundred of the hundred-thousand plus Iraqis, were read out in front of the Cenotaph, followed by a two-minute silence.
In late 2005, Military Families Against War and Stop the War Coalition, fearing that the death toll of UK soldiers in Iraq would soon reach 100, issued a call for protests and vigils in 100 towns and cities when the death of the 100th British soldier in Iraq was announced. In the following months, this call was repeated and re-circulated amongst peace groups and other activist networks around the country. It is unclear at this stage whether the call was answered in 100 towns, although judging by comments on a recent Indymedia article announcing the date, it was answered in many places. See

The ceremony in Swindon was slightly delayed whilst a press photographer herded the attendees into place for a group photo, but got underway within a few minutes of its allotted 6pm start. “Blair has got his century” read an improvised placard, as the names, ages, dates, locations and causes of death were read to the assembled people, passers-by and local print and TV journalists.

This ceremony was very similar to one held in the same place almost a year earlier, with the exception that last time, the names of fourteen hundred victims of the war, of all nationalities, were read out over the course of an hour, and eighty-five pairs of boots were set out in orderly ranks in front of the cenotaph to represent the British soldiers who had died in the war up to that point. See

Some opposed to the ongoing war and occupation in Iraq have questioned whether it is appropriate to mark the deaths of 100 British soldiers in this way when over one hundred times as many Iraqis have been killed in the same conflict. Does it mean we think that a British person is worth more than an Iraqi? Of course not. But every death from this unnecessary and illegal war is a tragedy, regardless of nationality, there was no need for any of them to lose their lives. The people who are dying are not the people who supplied the lies which led to war.

The peace campaigners were surprised at support from an unexpected quarter. On the newsstands, alongside the latest lurid revelations about celebrity Big Brother contestants, the Daily Mail’s front page was taken up by a photo of cpl Gordon Pritchard, accompanied by the headline “How many more Mr Blair?”, and the Daily Express’ front page announced “Our 100th soldier is killed for a lie”. Neither of these papers is exactly renowned for their sympathy with peace and social justice campaigners, although following the Mail’s coverage of Maya Evans’ conviction for participating in a similar naming-the-dead ceremony outside Downing Street, I guess anything is possible. See

Tuesday was the 31st January, not the 30th, contrary to the introduction to this article. Sorry :-( 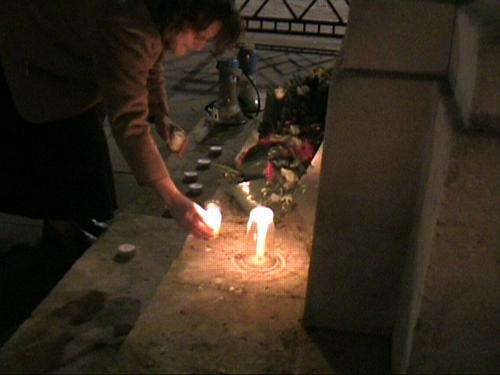 Candles at the cenotaph 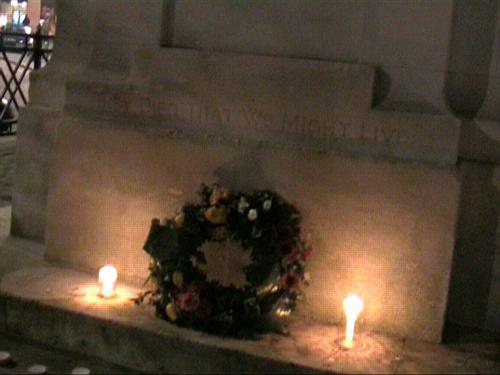 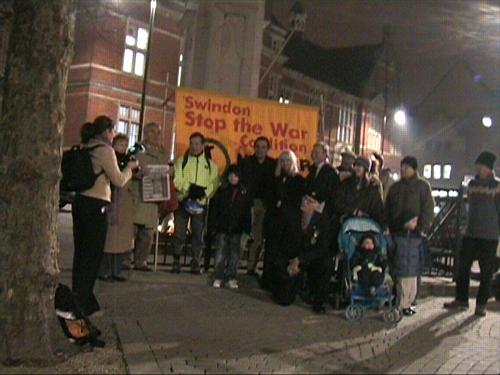 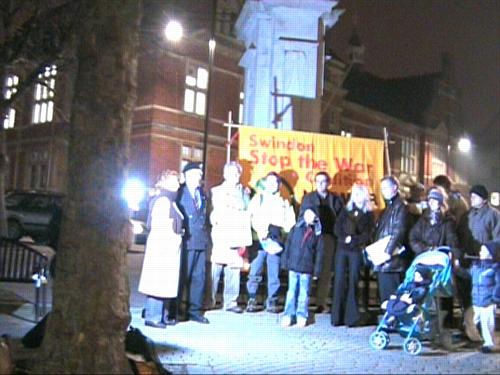 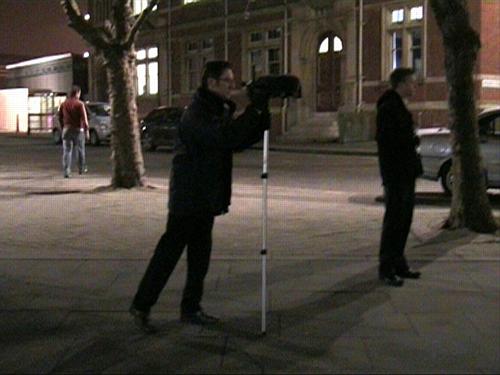 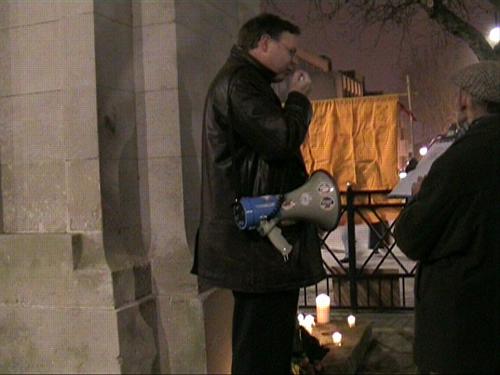 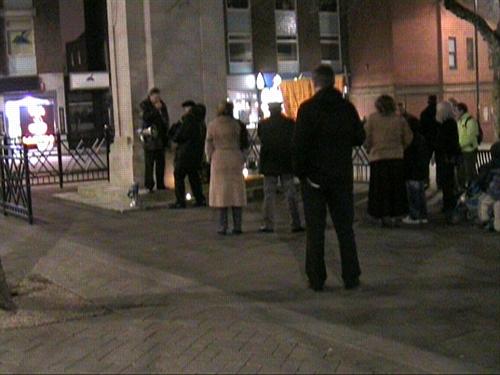 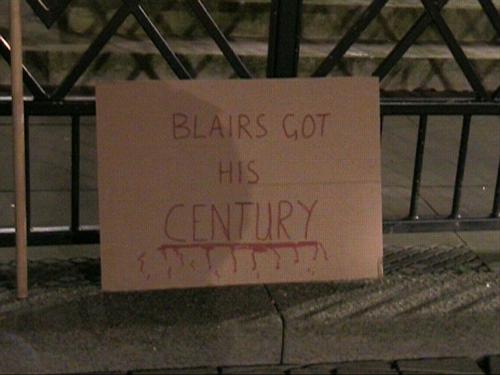 Blair's got his century 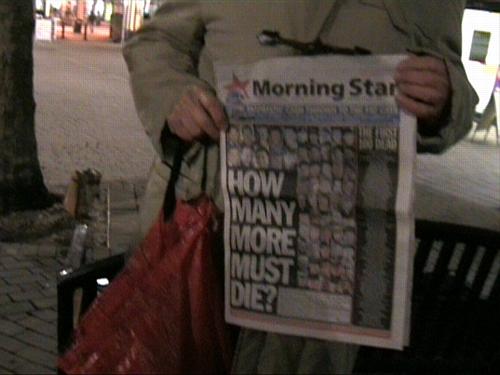 Cover of the Morning Star

Here are a few slightly belated photos from the vigil. Well done to everyone else around the country who answered the call, and to everyone who posted reports and photos.