There was a vigil outside Sheffield Town Hall on 1st Feb to mark death of the 100th British soldier killed in Iraq. 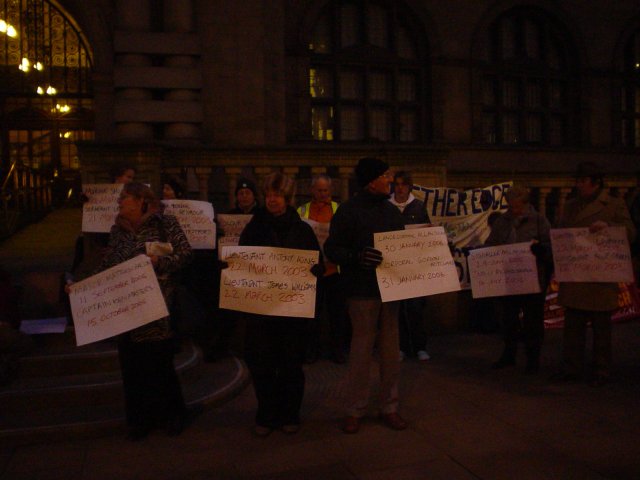 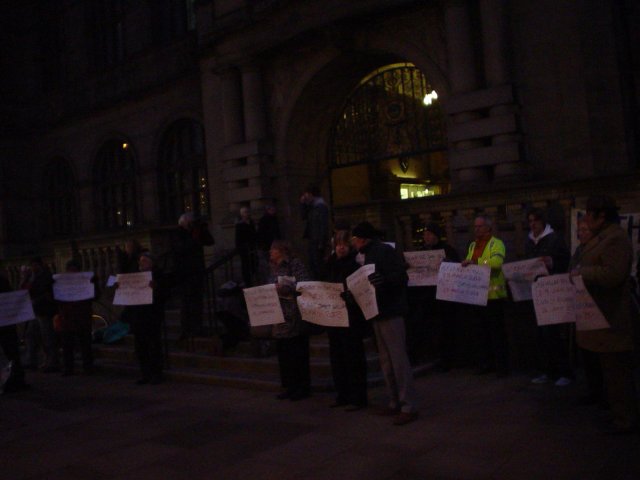 Other protests around the country included:

More info on the numbers slaughtered to prop up the petro dollar and the "New World Order":

There have been 2,444 coalition deaths, 2,242 Americans, one Australian, 100 Britons, 13 Bulgarians, two Danes, two Dutch, two Estonians, one Hungarian, 26 Italians, one Kazakh, one Latvian, 17 Poles, two Salvadoran, three Slovaks, 11 Spaniards, two Thai and 18 Ukrainians in the war in Iraq as of February 1, 2006, according to a CNN count.