NSW police may kill or disable you with their taser trial regarless of the statistical death and injury previously recorded world wide? 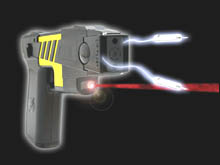 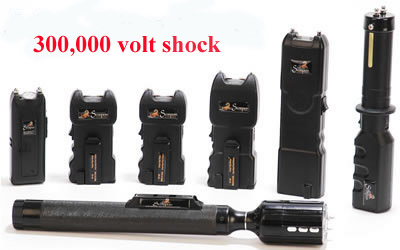 AUSTRALIA: NSW: The NSW Police Public Order and Riot Squad is to trial the use of Taser stun guns.

The guns fire two copper wires which discharge a five second burst of electric current through copper probes which hook onto suspects.

They have been previously used by tactical operations police in high risk incidents involving sieges and hostages.

"We are giving this specialist squad the equipment they need to crack down on criminals and troublemakers," Mr Iemma said in a statement.

"Our officers have been tasked with protecting this community against violent thugs so it is appropriate that they get the chance to trial this technology."

If you dont know already, tasers kill. Cops also tend to torture people with these devices.

A man was shot by a taser in the balls and his sex life never recovered.

There have been many recorded deaths from tasers recorded around the world.

Be alert and be alarmed mostly whose going to pay for the damage?

For the record I ask this question now! Those who introduce this threat to human beings have to take full responsibility on every occasion to account for the fact that they know it will kill and disable people.

Who are they protecting?

This same weapon will also lead police to believe that they can electrocute you when you're in custody.

Tasers cause you to have a heart attack, some times hours after the police attack you. The cops can just blame this on drugs, alcohol or your fat ass.