The fifth Seedy Sunday Brighton was held at the Old Market in Hove on Sunday 12 February 2006. 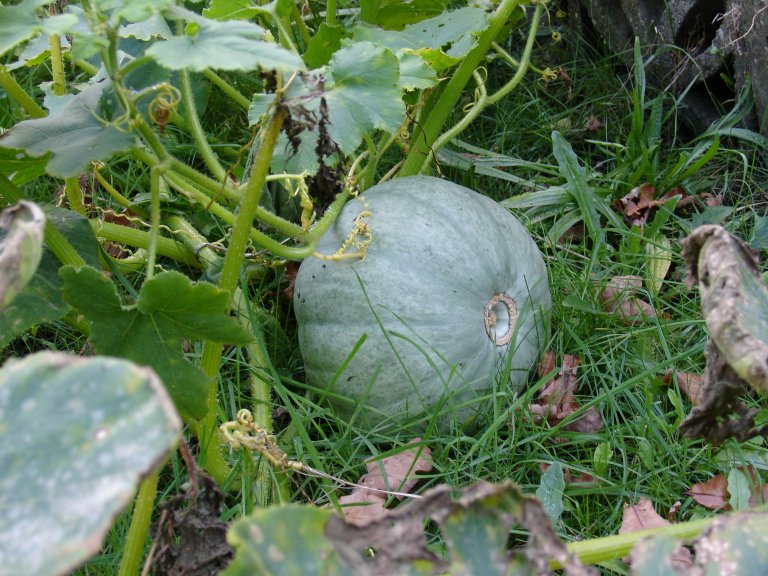 Seedy Sunday is a community seed swap. It provides the opportunity to meet people and swap seeds. In doing so we help to maintain our genetic heritage and counter genetic erosion.

11,000 years ago, Man evolved from a hunter-gather into an agriculturalist. We all became farmers, we all saved our seeds.

In doing so, whether intentionally or not, we selected out our seeds, helped to improve genetic diversity.

This all changed in the last 50 years or so.

If we look back to the 19th century and the first half of the twentieth century, we had the rise of the big seed companies.

Seed catalogues for the 1930s, would have dozens of varieties of peas, now you'd be lucky if you found half a dozen, let alone a dozen.

For traditional farmers, seed selection was a matter of life and death. If you got it wrong, your harvest failed and you starved.

There are tribal people, who at the end of the season, swap 10% of their seeds with neighbouring tribes to maintain genetic diversity. Should the harvest fail, they will travel as far afield as they can and swap 50% of their seeds, in an attempt to enhance the genetic variety and hopefully improve the viability.

Up until the latter half of the last century, seed merchants bred for taste. Now they breed for uniformity, handling quality, taste does not come into the equation. They are breeding for industrial agriculture and to the diktats of the supermarkets.

Following a period of consolidation, the big seed companies have been bought out by agrochemical conglomerates. There is little money to be made in selling seeds, so instead the seeds are licensed, part of a package which includes all the chemical inputs. Genetic switches have been introduced, to ensure the inputs are required to switch the gene on. The farmer is not allowed to keep and save the seeds following harvest of the crop. To ensure compliance and that seeds are not saved, the terminator gene has been introduced. Seeds with the terminator gene are sterile.

Traditional agriculture, that is sustainable agriculture, adapts the seeds to the land and the climate. Industrial agriculture bludgeons nature with oil into some form of uniformity to accept a narrow genetic seed base.

Outside of traditional societies, few people now either save or swap seeds. That is why community seeds swaps like Seedy Sunday are so important. It also means that if you choose to save and swap seeds, you are going to make a real difference.

You may be growing an heirloom variety, which you grow every year. But it only takes the mice to eat your saved seed and all is lost.

A friend last year grew a very interesting grey-green pumpkin, excellent to eat. Lacking a name, we have called it Zimbabwe, as that is where the seeds came from. He foolishly gave away all his pumpkins bar one, without asking for the return of the seeds. We checked his sole remaining pumpkin at the weekend, to find to our horror that it was diseased and rotten. Had he given someone else the seeds to grow, we would have had a second source to go to. Luckily, we can still get the seeds from Zimbabwe, at least we hope so.

Compared with last year, there seemed fewer people, fewer stalls, but that may have been my perception. I missed HDRA, but this year they chose to go to Bristol.

I came this year better prepared. Last year I spent a small fortune in donations for seeds. This year, I had plenty of seeds to swap. Which after all, is what it is all about. I also did not find the need to buy from any of the seed merchants, although that was more that I found plenty to choose from on other stalls, rather than they had nothing on offer worth having.

Of interest was blue, yes blue, maize and lemon cucumber.

The blue maize was Hopi Blue Corn. It is grown to maturity (not eaten immature like sweetcorn), roasted and ground for flour. It is a sacred plant. The same guy with the Hopi maize, also had Hopi pumpkin, Hopi Original Squash.

For those who have not tried seed saving, let alone gardening, I suggest try pumpkins, French beans, runner beans and tomatoes. Easy to grow with easily saved seeds.

Tomatoes are easy to grow, and there is an incredible variety. Once you have grown your own, never again will you wish to buy tomatoes from a supermarket. Too many varieties to name but try Santa or Golden Santa, if you can find them.

French beans come in two main varieties, climbing and dwarf. What makes French beans so interesting is the amazing variety in the beans. The pods can be yellow, green, purple. Varieties to try are Purple Queen, Tendergreen, Lazy Housewife, Cherokee Trail of Tears.

The sweetcorn I dropped off at a number of stalls was a variety called Tacaronte, named after a district in Tenerife where it is grown by the family of a wife of a friend. It has been tried in the south of England last year, and although we planted about a month too late, it managed to catch up on itself as the early spring was cold and dry. Small cobs, multi-coloured (black, red, yellow, white), sweet and very tasty.

If you cannot find varieties for sale, it is because they are not on the National Seed List. Yet another reason for swapping seeds, or joining the Heritage Seed Library run by HDRA.

The National Seed List is a highly restricted seed list enforced by the EU. If it ain't on the list, then it cannot be sold. It is illegal to sell seeds not on the seeds list, but not (yet) illegal to swap them.

A few small seed companies are exploiting the lax regard to EU directives in other countries, namely France, Spain and Italy, and selling seeds from their seed lists. One enterprising stall at Seedy Sunday had packets of seeds from Italy!

Due to the high costs of registering and maintaining a seed on the National Seed List, only those seeds used by agribusiness make it onto the list, and each year sees more seeds delisted

A minor criticism. Too many of the seeds had no named variety. If we are to save seeds, then we need to know what the seeds are.

There was a vegetable stall outside, selling fresh vegetables, but the stallholder packed up early afternoon as the weather was so bad.

Tied in with Seedy Sunday, but not well thought through, was a roast dinner at the Cowley Club from 3-6pm. As Seedy Sunday did not finish until 5pm, it would have been better to have run from 6-9pm.