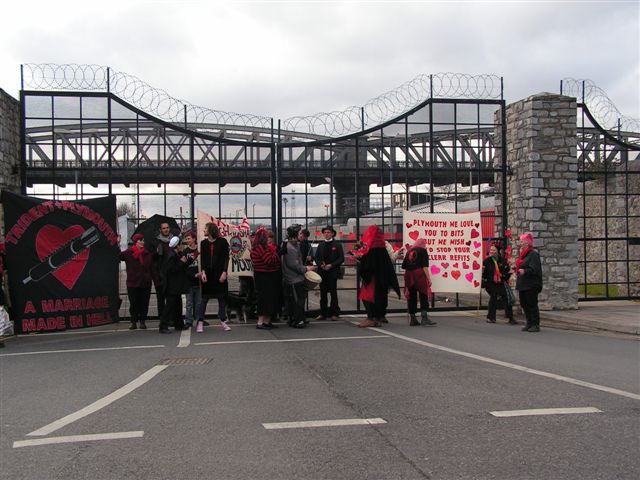 all outside closed gates

This afternoon, some twenty Trident Ploughshares activists, dressed in unusual Gothic attire, made a colourful and vibrant presence outside the Camel’s Head gate of Devonport Dockyard in Plymouth.

They arrived to enact the deplorable ‘marriage’ of the people and City of Plymouth to Britain’s own Weapons of Mass Destruction, the Trident missile system. A marriage made seemingly without the consent of many resident in the City.

One Trident Ploughshares activist stated: “We come here in the spirit of love, with the news that Plymouth’s of Trident submarines breaks our hearts.”

A huge red and black banner with a dark Valentine’s comment in large letters declaring ‘Trident + Plymouth: A Marriage Made In Hell’ was in attendance at this activity.

Another Trident Ploughshares activist said: “At a time when many of Plymouth’s essential services are strapped for cash, we could better use the resources wasted on the Trident system.”

This action was to highlight the ‘uncivil’ partnership between Plymouth and Trident, a ‘marriage’ that poses a clear health risk to citizens of Plymouth and the surrounding area.

The continued presence of Trident exposes the blatant hypocrisy of the British stance on Weapons of Mass Destruction and nuclear proliferation. It is also a clear and blatant violation of various international laws including the 1968 Nuclear Non-Proliferation Treaty, the Hague Principles, the Geneva Conventions and the International Court of Justice Advisory Opinion rendered in July 1996, among others.

The continued presence of Trident in Plymouth also makes the City and people of Plymouth complicit in breaking these laws, and in the horrific consequences of their ever being used.

Notes to Editors: Trident Ploughshares is a group dedicated to the peaceful, open and accountable disarming of the Trident nuclear system. For further information, visit www.tridentploughshares.org. 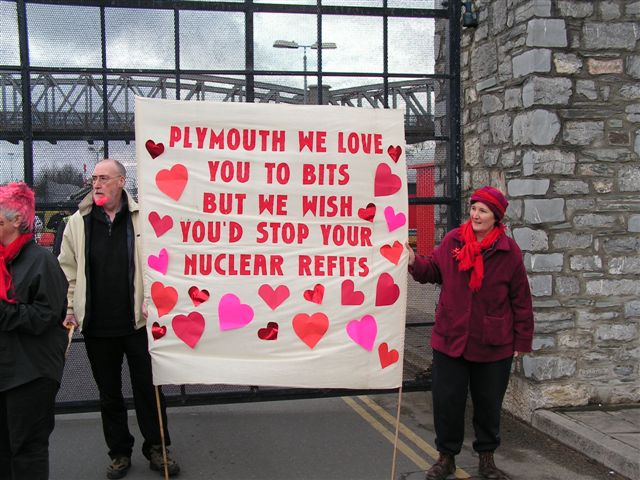 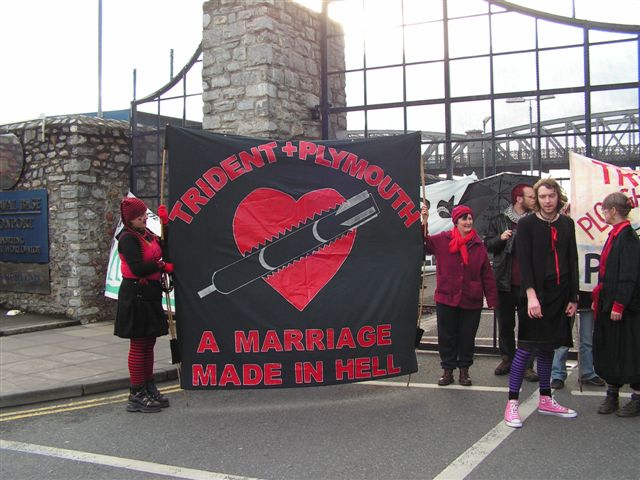 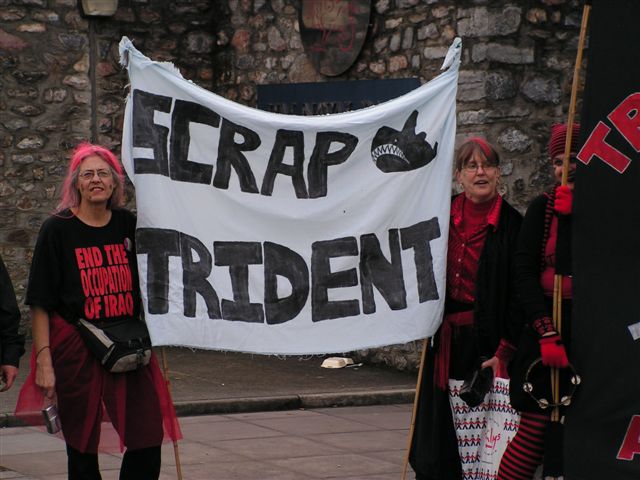 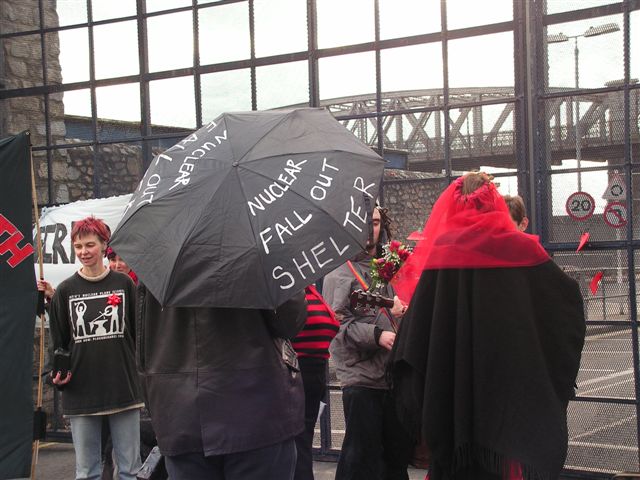 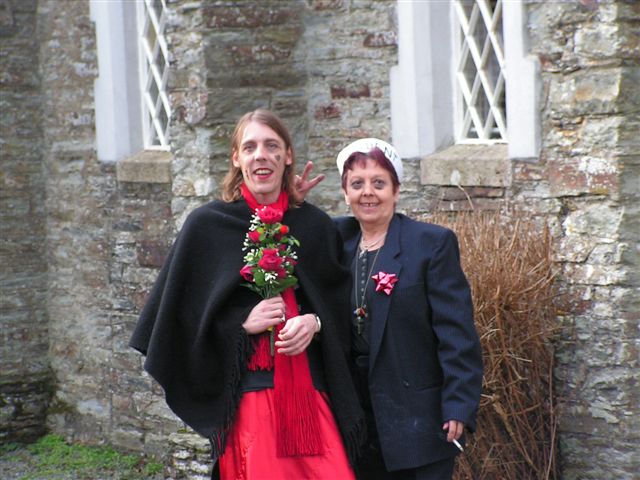 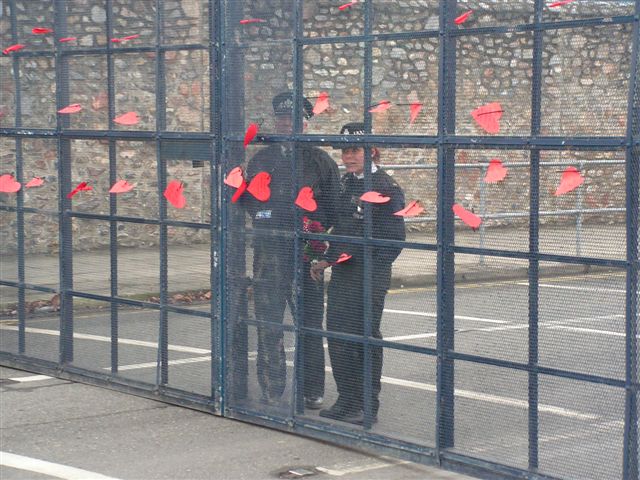 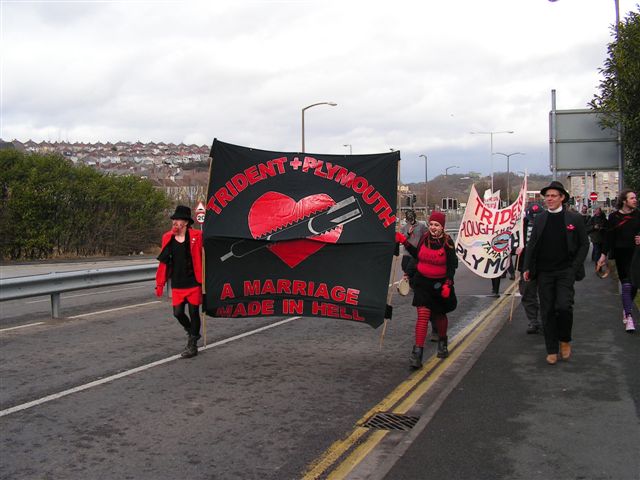 Walking up to the gate 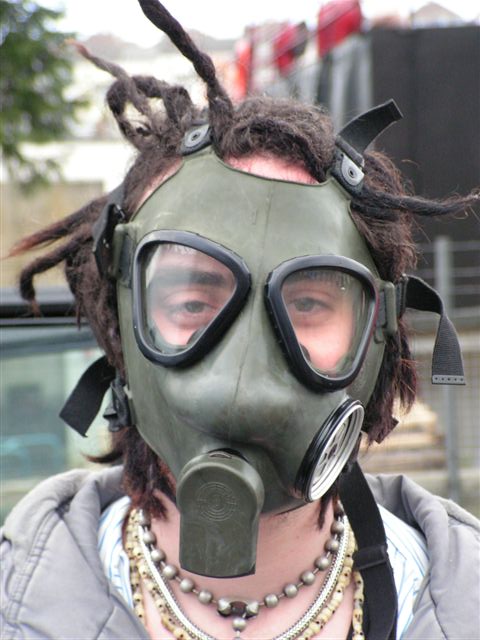 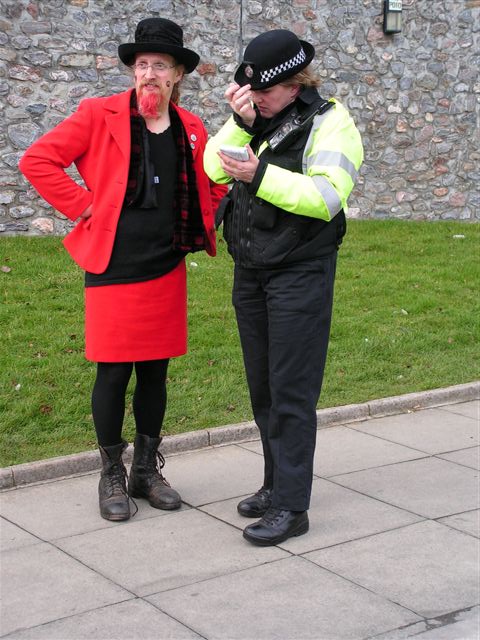 Mother of the bride asks gatecrasher to leave!!!! 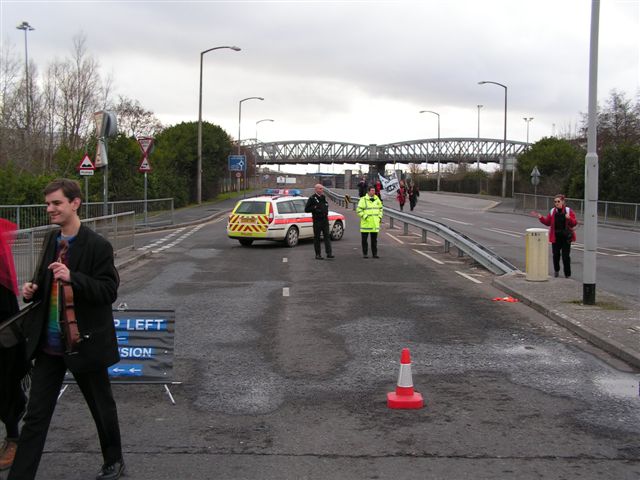