Soros and Me! Part Deux

This second installment of Soros and Me by journalist and documentary film maker Alex S. Gabor highlights the rumblings of the democratic party in the United States and hints at more wicked forces behind 911. Will billionaire George Soros back Hilary Clinton in 2008? 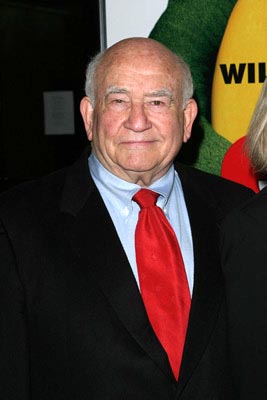 SOROS AND ME! Part II By Alex S. Gabor

ASNER NOT HAPPY WITH HILARY BUT RUMOR HAS IT…

Not long ago actor and political activist Ed Asner told a group of Democrats that President Bush "made it easy" for 9/11 to occur - then exploited the tragedy to sell the war in Iraq and bolster his own re-election campaign.

In Asners’ opinion we might easily have been spared 9/11 if George Bush heeded expert advice and made terrorism one of his highest priorities. So while Asner blames Bush for 911 and comes out against Hillary, the man who put millions behind defeating George Bush in 2004 is rumored to be lining up his deep pockets behind Hilary Clinton for the 2008 race.

The activist actor said about Hillary Clinton's prospects for winning the Oval Office in 2008: "So far, she's not my kind of candidate." The rumblings throughout the Democratic Party, at least the Progressive side of it, are disgruntlement at the prospect of Hilary throwing in her hat for the nomination to be the next President of the United States.

Is America ready for a woman who supported the war and voted to invade Iraq becoming the Commander in Chief while Hollowwood produces the new television series of the same name as a prelude to mindwashing the minions into accepting such an unlikely prospect?

Is Soros, who recently invested millions into Halliburton, now, cozying up to Hollywood industry executives by offering to buy up Dreamworks' library? Is it all part of the grander scheme to capture control of a large segment of the media in order to get a better dynamic political platform in front of center stage?

Asner recently wrote a book "Misuse of Power," which I would like to read, but lately my time has been too caught up with trying to get a personal interview with George Soros to find out if he is going to put his money behind Hilary as the rumors are ought to be revealed as totally untrue.

A growing number of Americans truly believe that the anthrax scare (which is another one of those famous “unsolved mysteries”) that followed 9/11 was actually a plot to silence congressional opposition to Bush's policies.

Not many politicians, either running for office or sitting on the sidelines want to begin to investigate such allegations. There are thousands of web sites out there that promote the line that our very own government was behind 911.

Asner has been quoted as saying, "I'll always wonder about 9/11 myself." George Soros on the other hand might already know who was behind 911. His intelligence network of over 50 global non-governmental organizations helped bring down the Iron Curtain, opened up the expansion of democracy without the use of phony searches for weapons of mass destruction or operations of shock and awe in many former communist nations, and his currency trading profits continue to fuel his growing wealth (in excess of 7 billion) which he uses to promote his concept of an Open Society.

In an effort to drive President Bill Clinton from office, according to Asner "Tom DeLay railroaded the impeachment. And if there is a God in heaven, he will be found guilty.”

Soros on the other hand doesn’t believe in God, he believes that he himself is a god, yet not the only one. In fact Soros is said to be an Atheist who believes in reflexive infinity. Another reason he and I should talk since my father was also an aetheist. He died in an auto accident on the autobahn in Germany in a peoples-vagon 33 years after being conscripted to load Luftwafe bombers on their way to decimate London.

Asner believes that the far right will have no scruples when it comes to doing whatever it takes to hold on to power. Perhaps rigging voting machines and tampering with the software in computers used to count votes at election time is not as difficult as other reporters are beginning to realize.

America faces a "clear and present danger" because "the far right has solidified its control, and is moving us toward a one party system" by remapping political districts. Unfortunately, this has been past tense for a decade.

While Soros and Asner might agree that American politics is in deep trouble, neither one of them has been able to rabble rouse the masses to topple the Republicrats.

There is hope on the horizon. The Progressive Democratic movement in America seems to be garnering a tremendous amount of support from various factions within the Democratic Party, particularly in California where the Progressive Democrats of the Santa Monica Mountains and other progressive organizations have endorsed the Recall Arnold Campaign. They need 1.5 million signatures to get it on the next ballot. Their backers say if Arnold isn't recalled he will be re-elected.

Many have suggested that Asner, Beatty and other famous Hollywood Democrats rally more actors to actively promote the Democratic Party. If they are wise they will link up with Soros and get behind the progressive movement instead of beating the same heads against the same walls.

According to Asner, “There is a world out there, Rush Limbaughs, Hannitys, O'Reillys -- they can't wait for politics to come out of Hollywood, so they can brand it, and scarify it and castrate it. And they speak of us as the 'Hollywood rabble.' That would be the most dangerous thing in the world, to have future ideas of the Democratic Party come out of Hollywood."

Unfortunately for Asner who has been signed to play a role in a film currently in development called “Go For It- Once in a Lifetime” that is being produced by tax accountant Randolph Hirsch, it would appear that George Soros plans on doing exactly that. Molding Hollywood after his own image of what an Open Democratic Society is all about.

And why not, he has the money to do whatever it takes to change the world. But why would anyone want to make a documentary film about Soros like I am planning?

Watch for part three of my column, Soros and Me!