There has been a wave of recent arrests in Barcelona, it is urgent we take action in whatever ways we can.

Against all governments, prisons and police everywhere. 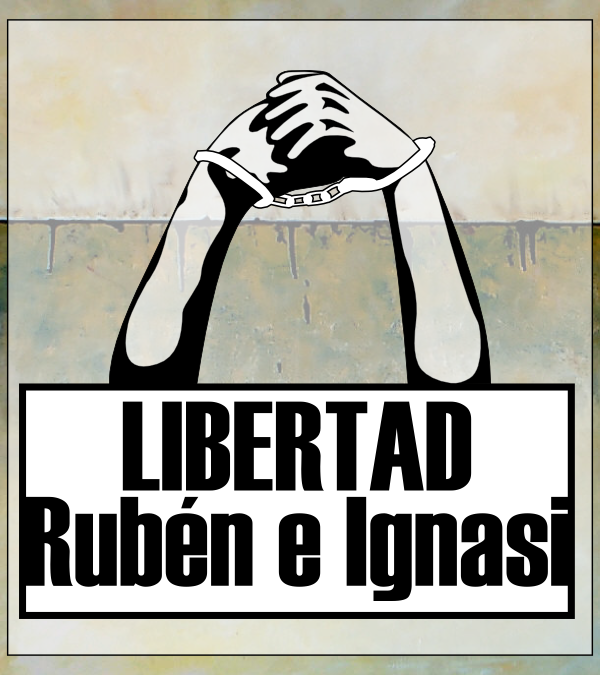 MORE REPRESSION AND ARRESTS IN BARCELONA


Around eight o'clock on Thusday morning (09/02/2006) a comrade got arrested as he was going home from work. Several masked up men belonging to the antiterrorist police stormed the place where he was working and forced him into a van. Our comrade got then driven to his house in the neighbourhood of Horta where a house raid began. The police took fingerprint samples from all over the house and took away computers, hard drives, and paperwork. During the raid also another comrade is arrested but he is then released without charges the following day. At the same time another comrade's house is raided in the center of town and he is arrested. On the same day a picket in front of the police station where our comrades were kept gathers around 150 people. On Saturday 11th the two comrades declared in front of the judge who confirmed their arrest decreting preventive imprisonment waiting trial. They are being accused of public disorder and several acts of sabotage including an arson attack to the Sabadell Bank and to the C.I.R.E. (Centre de Iniciatives por la Reinsercio), an enterprise which exploits cheap prison labour in Catalunya. The main investigation in fact is focused on the CIRE, which has been targetted several times in the past among which a low intensity bomb on the 17th January 2005, an arson attack on the 22nd October 2004 and an unexploded bonb which nevertheless caused the evacuation of the entire building.
On Friday 10th, people gathered in front of the court house where the two were waiting to declare, the police brutally charged the group of people sitting outside, causing various injuries.
On Sunday people met again for a demo outside the Modelo prison where the comrades were being kept, but once again the demo got charged by the police and Ruben, one of the two comrades got ghosted to Brians prison. On Tuesday Ignasi got trasferred to the prison of Quatre Camins.

ACTIVE SOLIDARITY WITH OUR COMERADES ARRESTED THE 9TH OF FEBRUARY 2006!
WE WILL NOT LEAVE THEM ALONE!
If you want to participate economically to the expenses the bank account is the following:
Banco Oficina D.C. Número de cuenta
BBVA 0182 - 4209 - 47 - 0201518073
for more info check the web page www.presosalacalle.tk or write to

coordinadora@riseup.net
FREEDOM FOR IGNASI AND RUBEN!