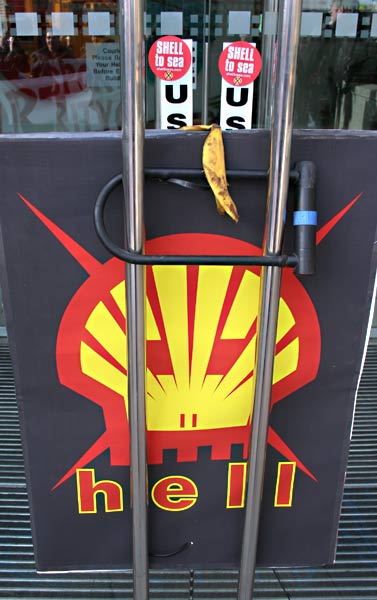 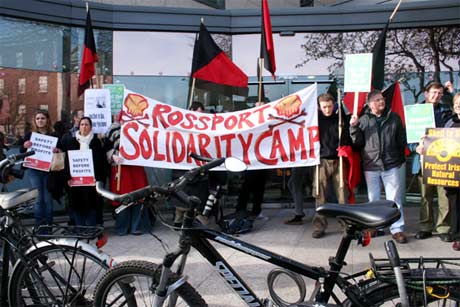 Blockade built out of bikes 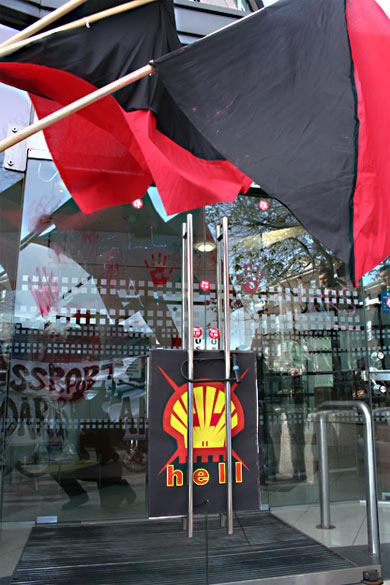 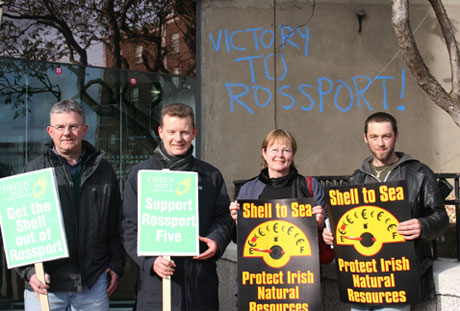 Shell's headquarters in Dublin were blockaded during lunchtime today by bicycles and supporters of Rossport's campaign to prevent a dangerous, high-pressure pipeline being built through their community.

70 people blocked both entrances – on Leeson St and Adelaide Road – for about an hour using a D-Lock and about 20 bicycles. The action, which was advertised as a rally outside the Department of the Marine and Natural Resources on the other side of Adelaide Road, was organised to draw attention to the opening of the Rossport Solidarity Camp next week.

The main door of Corrib House was locked by Shell to Sea members and then other supporters chained their bicycles in a line across the entrance. No staff were seen to leave or arrive during the blockade.

In the Rossport area in Co Mayo, continuous blockades by locals since last summer have prevented work on the Corrib Gas pipeline and refinery from taking place. Today simultaneous actions took place in Cork, Amsterdam and Sweden.

There was virtually no Garda presence at the action in Dublin, but there was a heavy media presence.