Crap "Stop and Search" of the Week: for wearing a McLibel T-shirt!

A participant in a small leafleting demo oustide McDonalds in Hastings was subjected to a ridiculous stop and search on the grounds that he was wearing a McLibel t shirt!

Text from stop and search form 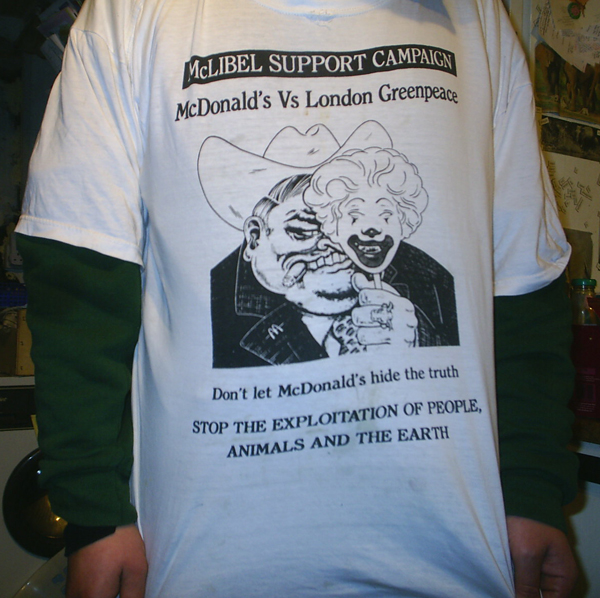 At a small leafleting demo outside MacDonalds in Hastings, Sussex, today, a local man was subjected to an unbelievable stop and search on the grounds that he was wearing a t shirt displaying a "discriminating sign".

On the stop and search form, the policeman noted the following: "stopped outside McDonalds, as public stated male displaying discriminating sign on t shirt" (see photo). The man in question was simply wearing the McLibel shirt shown in the other photo.