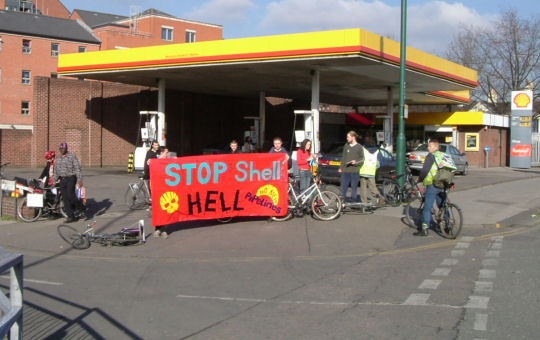 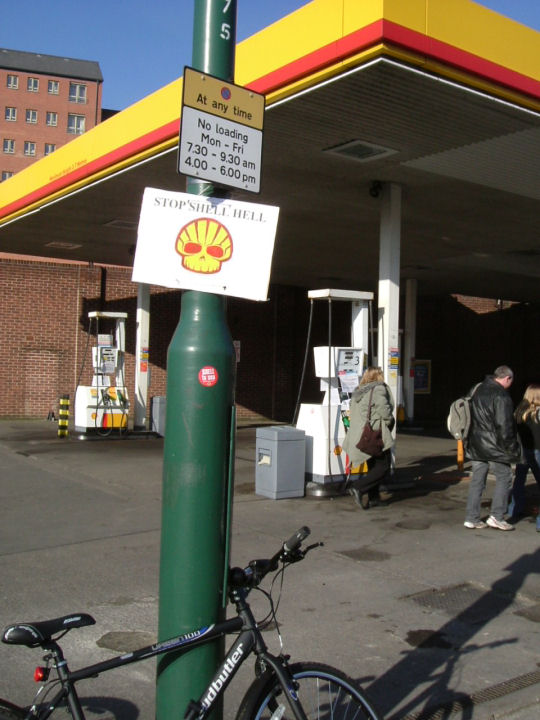 Placards still there this evening 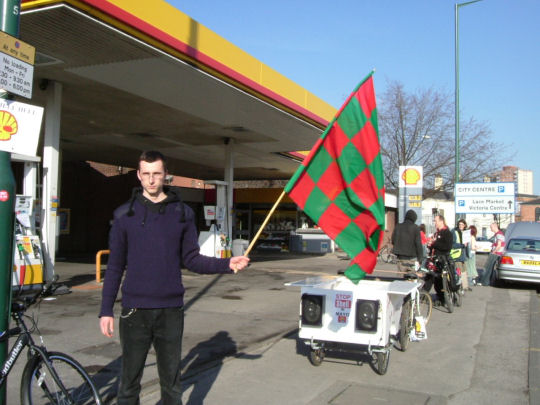 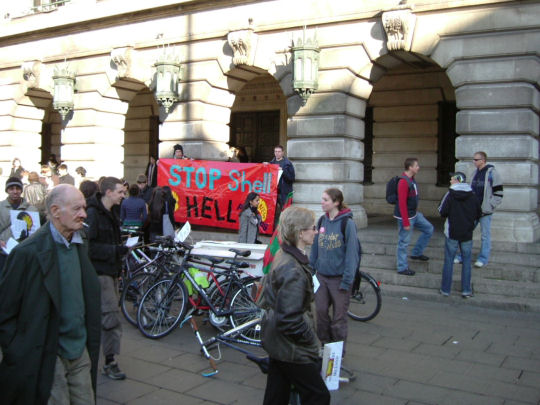 In the market square 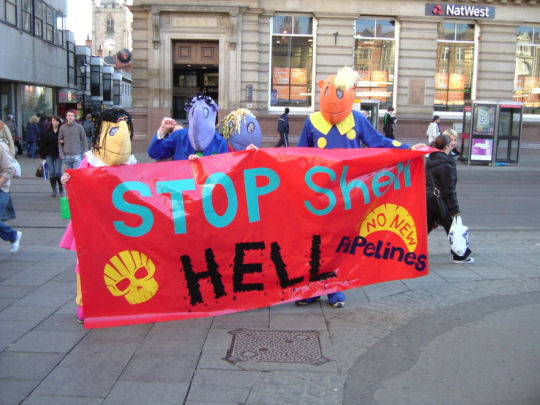 Following the one hour blockade of a Shell petrol station on one side of Nottingham the 25 cyclists took a leisurely ride across town to the next Shell station and blockaded that for another hour. Stickers were liberally applied and info leaflets attached to the pumps.

Running out of Shell stations we rode up to the market square where many people who congregate there on a Saturday appreciated the arrival of the sound system and an impromptu party ensued. The banner was unfurled and many more leaflets given out. Many passers by came to speak to us to find out what the protest was about, others came up helped themselves to placards while and characters in fancy dress collecting for the NSPCC joined in and held up the large banner for us.

A pretty successful day with over 400 leaflets distributed. Nottingham is now much better informed about Shell’s disgusting behaviour and plans in Mayo.

It was widely agreed that this was so effective we should do it again.

Oh, and BBC television came and filmed and an item was broadcast on BBC Nottingham TV on Saturday pm.

To all our friends in Rossport and Mayo we say– Shell WILL be sent to hell.