Join us for three days of pre-May Day celebrations and political actions!
A coalition of activist groups in Manchester is planning a series of actions over May Day weekend. More details will be given nearer to the event. Check the website for updates… 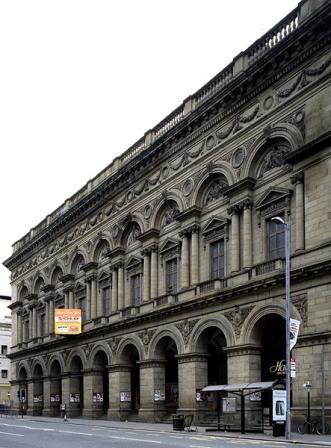 
Join us for three days of pre-May Day celebrations and political actions!
A coalition of activist groups in Manchester is planning a series of actions over May Day weekend. More details will be given nearer to the event. Check the website for updates…

Manchester Critical Mass has been around for years, and has sometimes had over 200 or more people attending. In the summer it usually gets quite large, and takes on a more carnival atmosphere. More recently, numbers of people (and bikes) at Manchester CM have plummeted to about 20, but are building up again. April CM promises to be BIG!

Critical Mass in Manchester is now followed by regular bike-related film screenings. The film in April will be A SUNDAY IN HELL,76 PARIS-ROUBAIX. The location of the screening will be disclosed at CM itself.

The second Manchester Anarchist Bookfair has just been announced. Manchester has a strong tradition of radical protest and the bookfair is an opportunity to find out what is going on in Manchester now. The bookfair focuses on anarchist/ grassroots/ DIY/ non hierarchical groups and NOT party politics. It will be held from 12.00noon-5.00pm on the day.

Anti-nuclear campaigners aim to mark the 20th anniversary of the Chernobyl disaster with a campaigning day against nuclear power. They hope to link with other groups opposed to nuclear power to organise a commemoration / demonstration, followed by an afternoon of speakers and workshops on the issue of new nuclear power stations.

The Dalton Nuclear Institute has been established to implement The University of Manchester's intention to be the UK's leading university in nuclear research. Dalton Institute spearheads the establishment of a major new centre in reactor technology to support UK industry in current and future nuclear generating plant activity. Director of the Institute is Professor Richard Clegg, an agent of the pro-nuclear lobby, who has been working for British Nuclear Fuels (BNFL) and the Sellafield plant.
Professor Alan Gilbert, President and Vice-Chancellor of The University of Manchester (the most neo-liberal and anti-student in the UK?) has said: “Nuclear power will undoubtedly play a significant role in addressing the needs of future energy production and Dalton will provide the nuclear industry with a rich source of highly-trained graduates.”
Direct actions against Dalton Institute and against the selling-off of knowledge to industry are being planned by activists and students.

30/04/06, Sunday
[Mayday]
The first British May Day demonstrations were actually held on Sundays. In Manchester, May Day Celebrations and Direct Actions against precarious labour conditions are being planned for Sunday. Activists from the North West, and other parts of the UK, will stay in Manchester after the Anarchist Bookfair and help us make May Day a success. On Monday 1st May, they can celebrate May Day in their own cities.

Sunday will be a day of actions against capitalism. The emergence of capitalism would have been unthinkable without the early industrialisation of Manchester, its factories and machines, canals and railways, and the exploitation of its labour force. Even today Manchester Capitalism is still the synonym for extremely bad working
and living conditions.

Following the police repression of previous May Days in the late 1990s/early 2000s, we are determined to be back on the streets this year.