Over 200 people demonstrated outside Manchester Town Hall -many holding photographs of loved ones lost to asbestos cancer.

A meeting was then held in the Great Hall to remember victims of asbestos and to discuss mesothelioma- past, present and future... 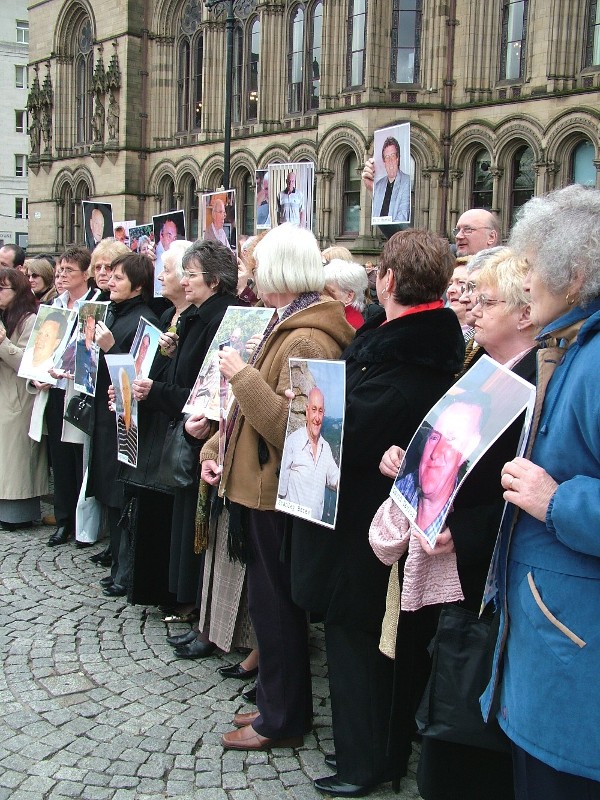 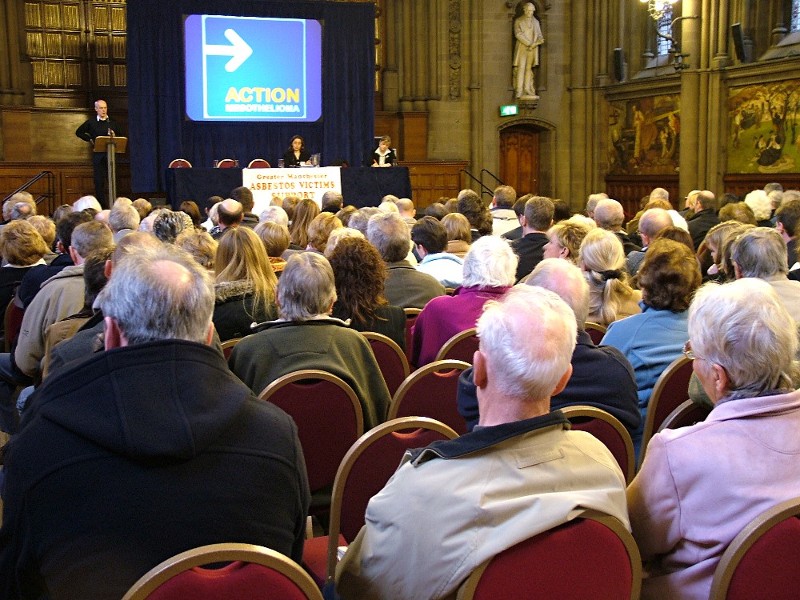 Hugh Robertson of the TUC... 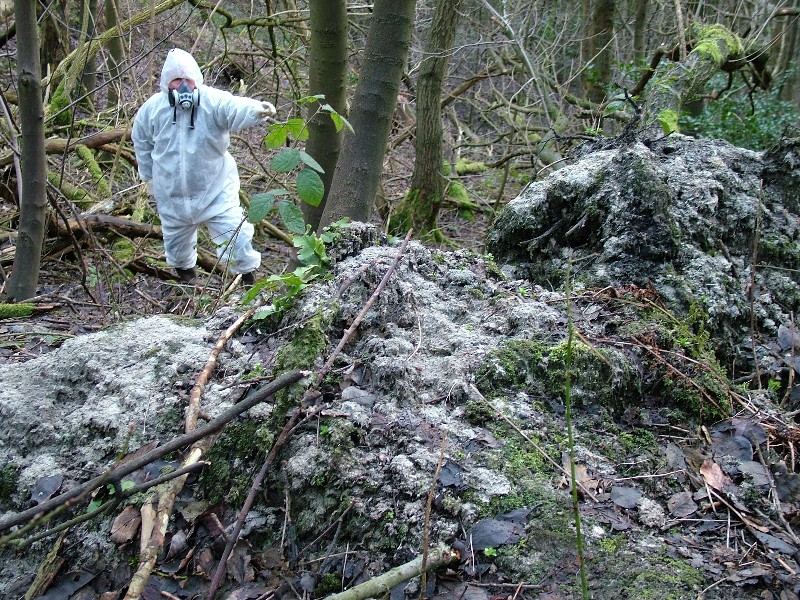 The mainstream media have referred to mesothelioma as a "very rare disease" - unfortunately it isn't so rare.

5 people die of mesothelioma in the UK every day - a death every 5 hours. There are more deaths from of asbestos cancer than on our roads every year.

The thousands of UK asbestos cancer deaths are greater than the "9/11" casualties. Yet mesothelioma has been called the Hidden Disease.

There is little government funding to find a cure.

Even in 2006 people can be exposed to asbestos- from poorly managed workplaces where old asbestos building materials are not encapsulated properly. Day labourers working on demolition sites without proper training and supervision may disturb asbestos.

Why is this relevant to the Spodden Valley of Rochdale?

When property speculators bought the site of what had been the world's largest asbestos factory site in 2004, local people couldn't believe what they saw... bulldozers and contractors storming the site at dawn on a Saturday morning. That weekend acres of woodland surrounding the asbestos factory were destroyed. - all those who know the site say it should be treated with the utmost respect.

Countless people have died from working, living near or being exposed to the asbestos products made in the Spodden valley of Rochdale. It was the worldwide headquarters of the Turner & Newall empire until 1948. Hundreds of thousands of people may have died as a result of the corporate decisions made there.

It is an insult to be told by developers who may profit from a £100 million+ project that the 'safest option' for the site is to demolish every building, disturb the sub soil then ‘lock-in’ the asbestos and contamination by building over 600 homes and a children's nursery on Ground Zero.

The story of asbestos has been one of greed and corporate obfuscation. For decades, the asbestos companies knew the health dangers but archived papers confirm corporate strategies to 'spin' and avoid liability- profits came before people. The last 2 years have seen striking similarities with the actions property speculators involved with the asbestos factory site- they have denied there was exposed asbestos on the site, taken confusing domain names and pumped thousands of pounds into Public Relations. Countryside Properties keep getting found out. Their ‘apologies’ for ‘miscommunication’ are wearing thin.

On the first Action Mesothelioma Day, asbestos cancer sufferers and the families, neighbours and friends of those lost to asbestos made a stand.

Remember the dead- Fight for the living.