Mayday proposal and meeting - Against the terrorism of everyday life

Meeting to discuss what to do for this year's Mayday. 7pm Wednesday 8th March at the Square social centre, London, Russell Square. 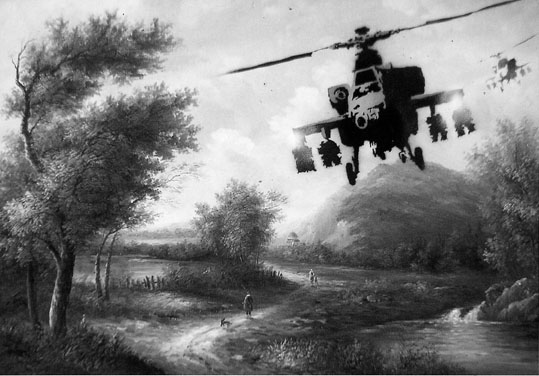 For the past two years Mayday in London has been a subdued affair, this isn't because we no longer felt the need to protest, quite the opposite in fact. The past few years has seen a bad situation turn even worse; from a repressive government introducing ever more authoritarian legislation, to a destructive foreign policy that has seen more than 100,000 Iraqis killed, whilst at home the divide between rich and poor gets ever wider.

To live under capitalism in 2006 is to be forced to confront the terrorism of everyday life; the boredom and frustration of working life, surviving on the dole, living in crap housing, and generally existing under precarious living circumstances. Everyday people are being harassed and subjugated by the state, from those coming to this country in the vain hope of escaping persecution to those who's freedom is taken away from them if they dare to try and stand up against this creeping authoritarianism. Existing under this corrupt system means no-one is ever truly free, living in perpetual fear of the wars that our country has engaged in, and the enemies that they've created.

In May 1886, workers in Chicago went on strike demanding an eight hour working day. They wanted to take back a part of their lives; in response, the State assassinated five of them. 120 years later the story is strikingly similar: obeying authority and allowing it to take control of our lives equals everyday misery and boredom, a living death. In the spirit of the Mayday Haymarket riots of 1886, we call for the destruction of all that seek to destroy life. This is our day to celebrate our future: the future without borders, without state, without war and without capitalism.

PARTY AGAINST THE TERRORISM OF EVERYDAY LIFE

From: the Monday Mayday collective

Mayday, what to do?

"I will form part of a human chain around the Westminster no protest zone but only if 6,000 other people will join in."

743 ... ain't happening then is it. We've mentioned this before, but as time goes on it starts to irk me. I mean 6000 people, unlikely with a shonky website and the odd post on indymedia, but it's the general undercurrent of cowardice going on that rankles.

What it's essentially saying is 'if the highly unlikely happens and 6000 people turn up then I will promise to do something that is highly unlikely to result in my arrest, or have any consequences at all. However if only 5,000 make a stand, well fuck it, I ain't risking it.'

To the well meaning troll.

The two events you quoted are two totally independent events both have no connection what so ever. So please don’t put people off which you are trying to do. I like to add there are other taking place on that same day as well.

putting people off was the last thing i wanted to do, and youre completely right, what i wrote was about a completely different event, was part of a larger piece which i didnt post in full, cos its a bit long and felt a bit self indulgent for a comment

"I will form part of a human chain around the Westminster no protest zone but only if 6,000 other people will join in."

743 ... ain't happening then is it. We've mentioned this before, but as time goes on it starts to irk me. I mean 6000 people, unlikely with a shonky website and the odd post on indymedia, but it's the general undercurrent of cowardice going on that rankles.

What it's essentially saying is 'if the highly unlikely happens and 6000 people turn up then I will promise to do something that is highly unlikely to result in my arrest, or have any consequences at all. However if only 5,000 make a stand, well fuck it, I ain't risking it.'

One person comments on the website 'this WILL be Blair's Poll Tax!'

It still seems unclear whether or not the plan is to carry out this action on May 1st, although that is the deadline posted on the website, which has not been updated or had anyone respond to some very valid questions in the comments. Perhaps this represents a new type of anarchist orgnanisation, whereby nobody is actually organising anything whatsoever and evrybody staying in bed, the ultimate horizontal organisation!

Talking of anarchy, whilst I find the SOCPA regulations about Parliament Square mildly irritating, they are about 538th on my list of priorities. You can still have a demo in the Square if you must, you just have the inform the cops in advance and you can't have a megaphone, which I guess is a bit daft.

But why would I, as an anarchist even want to demonstrate outside the 'Mother of Parliaments?' I believe in taking community action at grassroots level, using direct action if necessary to empower people and communities from the bottem up.

Why would I want to go into town and winge to politicians to change things for me when I could be taking action to make those changes myself?

The whole thing seems very establishment, at least one comment talks of fighting to maintain the right to protest in the face of those we elected ... well I didn't elect any of the fuckers.

Now don't get me wrong, I'm not defending the SOCPA legislation which has far more draconian powers than the Parliament Square protest ban such as -

The fact that it will allow any police officer to arrest you for minor offences such as littering, and then forcably take DNA samples, fingerprints and shoe imprints, to be kept on record

Any officer can order a group or people to disperse with no better reason than suspecting that they may be involved in a crime in the future, on threat of arrest...

... but don't expect the pledgebankers to talk about that.

Meanwhile, apparantly unconnected comes this Naming the Dead -Mass Civil Disobedience London April 2nd), which seems to have a few more teeth about it, and will most likely turn into a scrap with the cops.

Lots of people have been arrested already and I can't help wondering if people couldn't find themselves someting more useful to do. It's not like there's a shortage of options.

I also find the whole idea vaguely paradoxical, if you're prepared to get arrested at a demo against banning demo's then surely just have the original (hypothetical) demo in the first place and get nicked there ... if you get my drift.

Now it seems Gorden Brown has backed down with with pathetic attempt to recuperate Mayday (shame, would've been fun) some are hoping to rekindle the Mayday spirit with a meeting a meeting 7pm Wednesday 8th March @ The Square, Russell Square, London, to learn more follow the link

for my tuppence worth, I think the successful Tesco occupation last year showed that smaller, targeted and covert actions are the way forward. Mass demonstrations only work when they are in fact 'mass demonstrations' not a couple of hundred folk in a pig pen.

I'd rather outsmart, embarrass and humiliate the Met than incite a direct confrontation which they always win, and see yet more friends hauled through the courts for no reason.

The perfect crimes are only ones you don't get caught for

In past years the Mayday Collective used to meet from the Autumn of the previous year onwards. There was much planning and preparation to do. The total budget was in the region of 3000 quid. A theme had to be agreed, colourful leaflets had to be designed, printed and distributed and there were both public meetings and secret meetings, despite the many machinations of the FIT team. All of this was necesary to pull in thousands of punters on the day.

Don't get me wrong. Actions involving just a few people can be very effective but they are much more easily overwhelmed by the killjoy cops.

I don't know if I can get to the meeting on Wednesday but I wish you all the best of luck anyway and I am really looking forward to May 1st this year, whatever happens.