62 Clendon Rd Toorak, Victoria was the address of John Howard's 10 year celebration as scores of Invited guests ranging from fellow Liberal Party members to the business elite. Yet scores of onlookers without a $10,000 per table invitation had something different to say about Prime Minister as they staged a counter party. 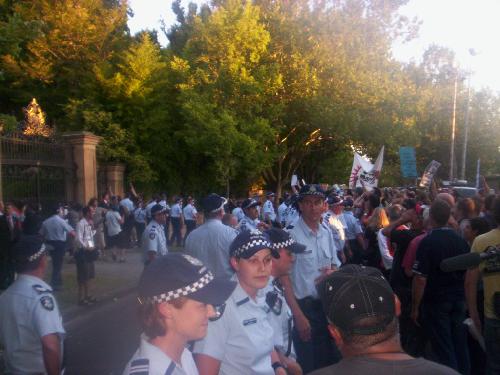 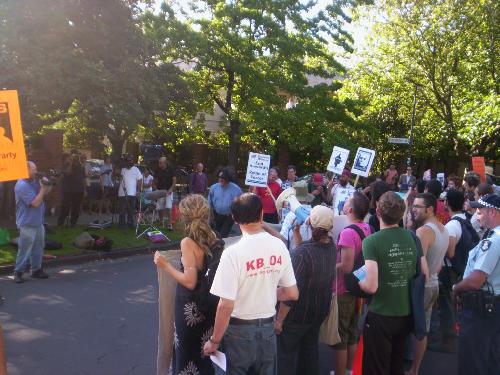 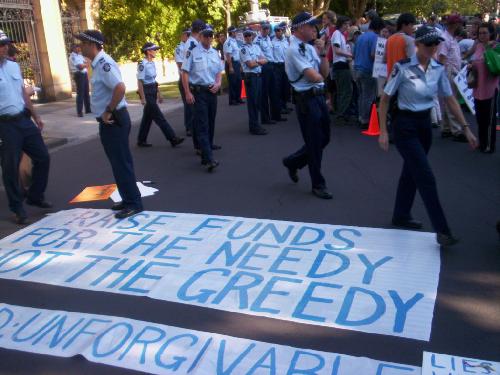 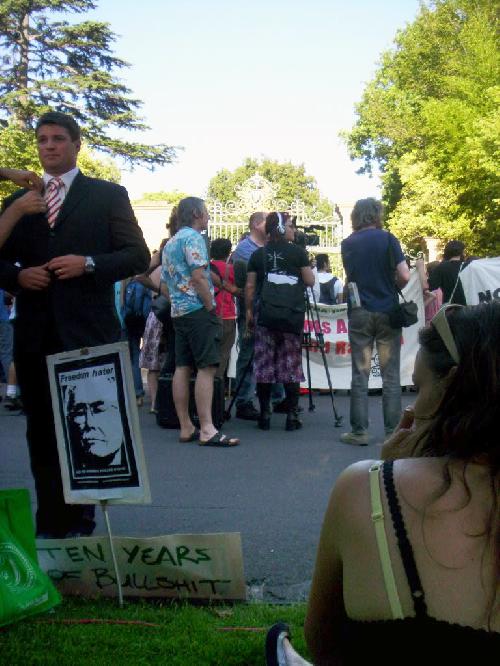 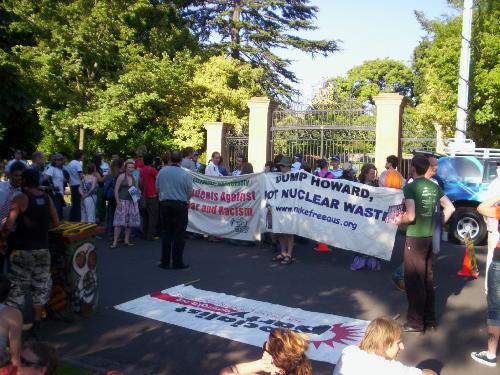 AUSTRALIA: Unionists and members of the local Melbourne community chanted the arriving Prime Minister and other politicians in attendance about the lack of access Australians have to the political process in Australia. John Howard's white ambassadorial Sedan headed a convoy that was egged and surrounded before entering the Myer Family's estate. A tarpaulin was laid on the road in-front of the entrance which read "Raise funds for the needy, not the greedy" and "Howard: unforgivable, lies".

The media watched on as a congregating crowd shared pizza and engaged in a game of cricket, as a parody of John Howard's bowling attempts in mid 2005 in a game with troops deployed overseas. A couple of people arrived suited up in black after messages had been circulating asking people to attend the counter-party in formal attire.

Police cordoned off a path leading up as guests arrived at which point most people left. One police officer was targeted and heckled by protestors and the media as he was not wearing identification after being involved in man-handling one middle-aged man away from the scene.

No injuries occurred and no arrests were made.