For the last week protests, occupations and direct action against the CPE in France has been increasing. Hundreds of thousands of people have taken to the streets in hundreds of demonstrations. Railways have been blockaded, airports disrupted, and around half of France's universities have seen occupations. Clashes with police have occured throughout the country.

Much international publicity has come from the occupation and violent eviction of the Sorbonne university in Paris (video below). With the media making the obvious 1968 comparisons, riot police stormed the university building firing tear gas at around 4am on Saturday after hours of resistance from the occupiers and their supporters outside. There were around 30 arrests. The university had been occupied since Tuesday night with tensions increasing. On Friday police batton charged students who were blocking a road near to the university. 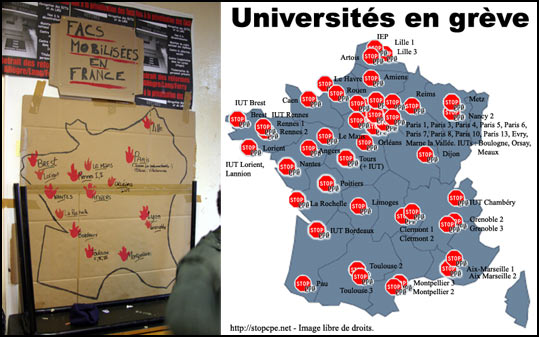 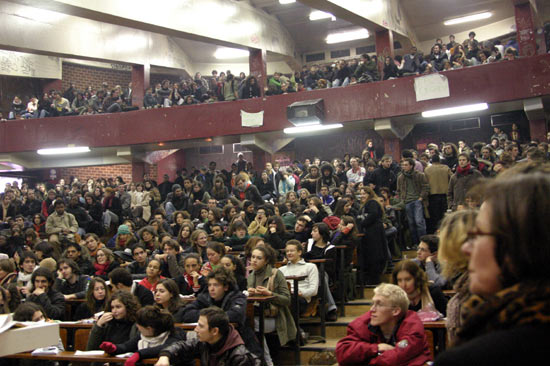 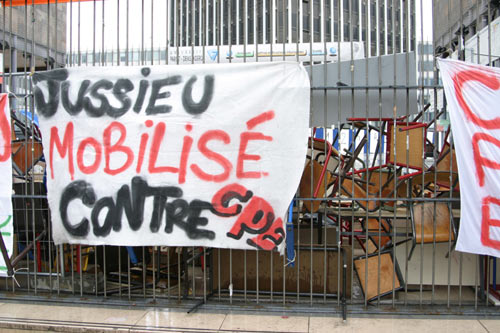 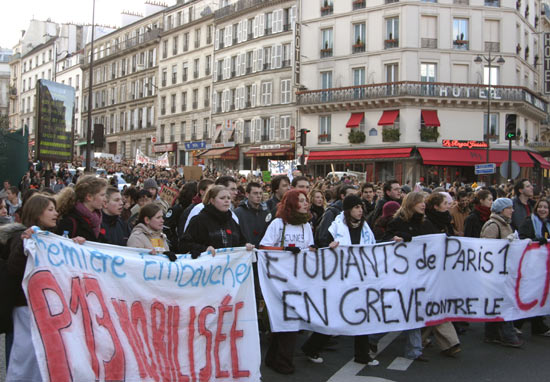 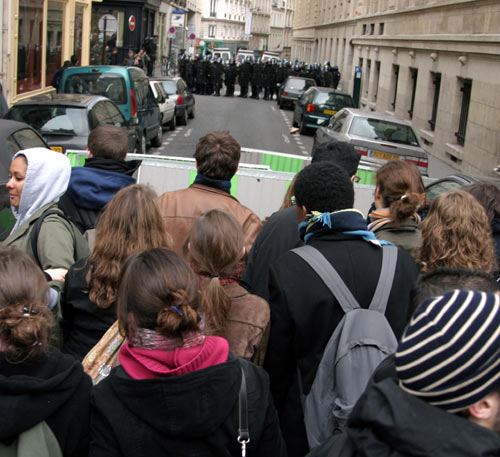 The protests have been sparked by a new employment contract, the CPE, which is to take effect by April. The CPE would allow firms to hire people aged under 26 for a two-year trial period, during which they could be easily dismissed without a reason. Prime Minister Dominique de Villepin pushed the CPE through parliament by invoking a rarely used rule allowing the majority to bypass floor debate.

The Mayor of Paris, Bertrand Delanoe, said he was "deeply concerned" about the use of force by police against the Sorbonne occupation, which he said had been peaceful. Trade Unions, student groups and other organisations have responded by saying they will increase the pressure and call more demonstrations.

Comments and news on Melbourne Indy:

Pics from the eviction + protest 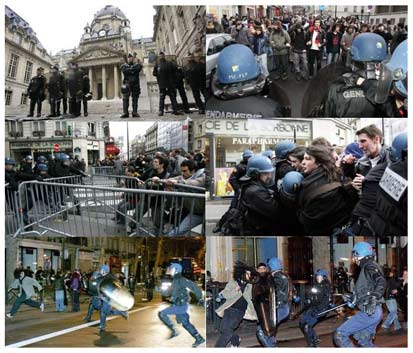