This year's World Day for Laboratory Animals is probably the most important World Day ever. Never before has the anti vivisection movement been so close to finally defeating the vivisectors. We are tantalisingly close to achieving an historic victory at Oxford and, should we defeat Oxford University, the ramifications for the future of vivisection are enormous. The ripple effect will be felt not only in the UK but worldwide. 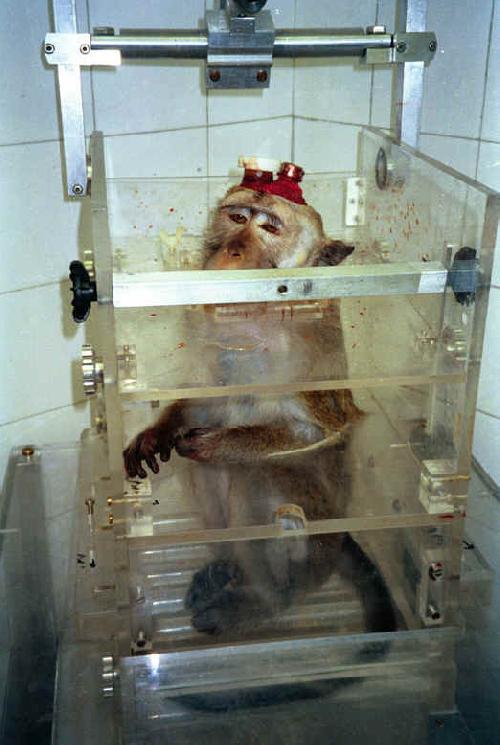 Never before have we had such an opportunity of striking a decisive blow in the fight to end the appalling suffering inflicted on non-human animals in the name of a fraudulent scientific practice: a dishonest and dishonourable tradition that has hampered progress; a convention that is not only responsible for the deaths of hundreds of millions of animals worldwide but is responsible for the deaths of millions of humans every year.

It is absolutely vital that as a movement we prevent Oxford University from building another research centre. Already there are plans afoot by the vivisection industry to build further animal abuse centres. If we stop Oxford University, we will stop these plans: it’s as simple as that.

So where will you be on the 22nd April, in years to come when the vivisection industry is finally defeated? What part are you going to say you played in its downfall? The future is in our hands. As you read this there’s an animal in a cage. That animal is scared, lonely, and in pain. He or she will never see daylight; will never feel the wind; will never bask in the sun. All they can look forward to is a quick death. Unfortunately, even this small mercy will probably be denied them and they will be forced to endure weeks, months or even years of misery. There is no 'greater good' to be gained in the suffering of even one living being forced to participate in a deceitful game of economics and prestige. Ask yourself this: what are you going to do to stop these CRIMES?

Join us on the 22nd April and together we can and will end their suffering. Together we are an unstoppable force: united we will win. THE ANIMALS NEED YOU!

Transport is being organised from around the country and information will be posted shortly. Why not organise your own transport and we can advertise it for you. What’s important is that you get to Oxford on the 22nd and that as one voice we say enough is enough and we will not allow Oxford University to continue to torture animals.