UN must be used to support attack on Iran?

The ABC and AFP are also doing their part as well Elements of the 'daft' also obtained by the AFP urge Iran to reconsider the construction of a heavy water research reactor and to resume implementation of the nuclear Non-Proliferation Treaty's additional protocol that allows for wider inspections of a country's nuclear facilities. 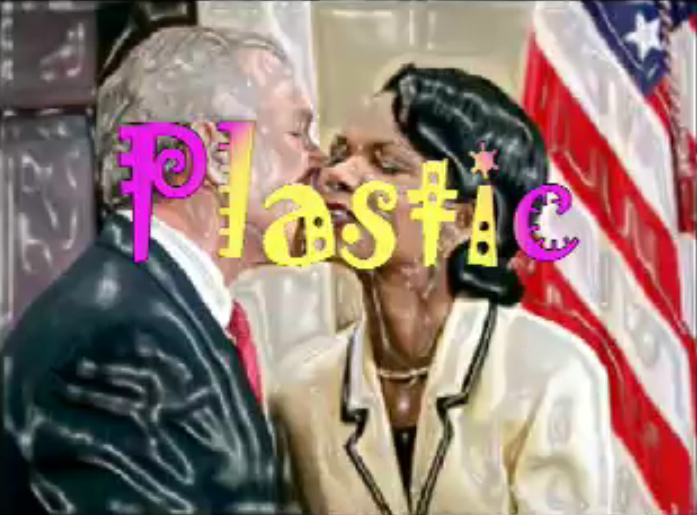 Elements of the 'daft'

The US Secretary of State condosleezza ricecream wrapped in plastic, this time after the lies about WMD's in Iraq has urged the United Nations Security Council to send Iran a very strong message on its nuclear program when it meets this week.

Who else does George W Bushit need to help him qualify another illegal and degrading war so that the US can help Iran with democracy? Condi and the UN!

Certainly no dr, ricecream was speaking at a joint news conference in Jakarta with Indonesia's Foreign Minister hassan wirayuda, who called on the world community to give Iran more time.

But what a bluff! Dear old corrupt Indonesia is playing the good cop real well similarly to the way they played out the 2nd 2002 Bali bombing mind you with lightning speed and with the assistance of the US! But not for a song$$$$$$$.

There is no growing crisis

Allegedly now according to prime meanster john hoWARd's abcdefghijklmnopqrstuvwxyz, there is 'growing crisis' over Iran's refusal to halt its uranium enrichment plans figured prominently in ricecream's talks with her Indonesian ally, who recently hosted a visit from the Iranian Foreign Minister.

And believe me that ricecream knows about uranium enrichment and about growing crisis, she has her government use it as a WMD at will, pre-emptively even…

Tough enough to go to war

She said the Security Council had to be tough.

"A very strong message that it's time for Iran to heed the call of that resolution that was voted on February 4th, telling Iran to suspend its activities, telling Iran to go back to negotiations," she said.

wirayuda said Indonesia would be amongst the first to tell Iran not to divert their peaceful nuclear program to weapons, but he said they there was no urgency.

"Time must be given for the peaceful resolution of this situation," he said.

Meanwhile, it is reported that UN Security Council members have discussed a draft text on the Iran nuclear crisis that calls on Tehran to suspend all enrichment-related and reprocessing activities.

In other words they'll play the game too! Just like they did in Iraq!

You write what you're told!

The ABC and AFP are also doing their part as well Elements of the 'daft' also obtained by the AFP urge Iran to reconsider the construction of a heavy water research reactor and to resume implementation of the nuclear Non-Proliferation Treaty's additional protocol that allows for wider inspections of a country's nuclear facilities.

The 'daft'! Prepared by 'France and Britain' serious allies who both have nuclear weapons, was discussed at an informal meeting of the15-member council at the French UN mission in New York.

The text stressed that "full and sustained suspension" was essential to build confidence and address international concerns over Tehran's nuclear ambitions.

The non-binding statement would be the first stage of a graduated response that could, in the view of Britain, France and the United States, ultimately lead to punitive measures such as economic and diplomatic sanctions.

Which will according to the plan ultimately lead to a pre-emptive strike.

It also calls on Iran to implement extra transparency measures and grant the IAEA access to individuals, documentation relating to procurement, dual use equipment, certain military owned workshops and research and development locations.

But it does not call on the US the French or Britain to implement extra transparency measures and grant the IAEA access to individuals, documentation relating to procurement, dual use equipment, certain military owned workshops and research and development locations?

Click on the pic
See the movie trailer
Ourmedia

With the US war and occupation in Iraq fast approaching its third anniversary, those in the Bush administration responsible for launching this unprovoked aggression based on lies about weapons of mass destruction and through intimidating the American people with fabricated threats of terror are once again beating the same war drums, this time against Iran.

Bush’s remarks echoed those made the day before by Secretary of State Condoleezza Rice, who told the Senate Appropriations Committee that the US faces “no greater challenge from a single country” than from Iran.

If it is not apparent to the world at large that the US and its allies intend to bomb Iran in the future, it would be only due to avoidance of the news. The question is not 'if' but when, and of course, why?

There is much rhetoric flying back and forth across the Atlantic, and between Teheran and the United States, but we must sift the facts out from the fiction, from the lies, and from the war-mongering if we are to make sense of the notion that on the back of a crippling war in Iraq (primarily for Iraqis, but also for the objectives and international standing of the US, the UK and its other allies, such as Australia and Italy) the US seems to be gearing up for yet another large scale conflict, this time in the stronger and more unified state of Iran.