On 18 March members and supporters of the Revolutionary Communist Group (RCG) and its newspaper Fight Racism! Fight Imperialism! mounted a lively protest in the centre of Newcastle, as part of the international day of action against the continuing occupation of Iraq. 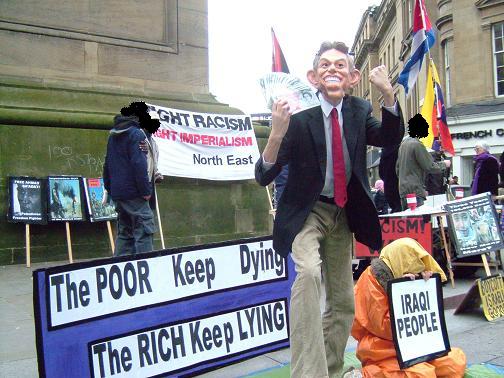 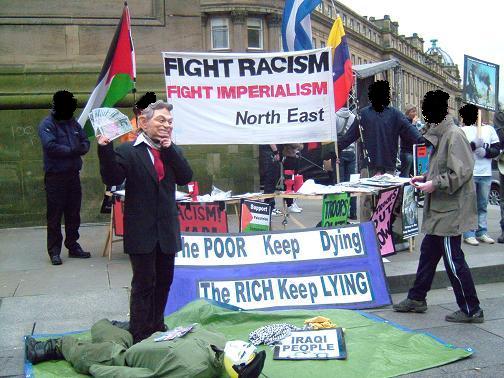 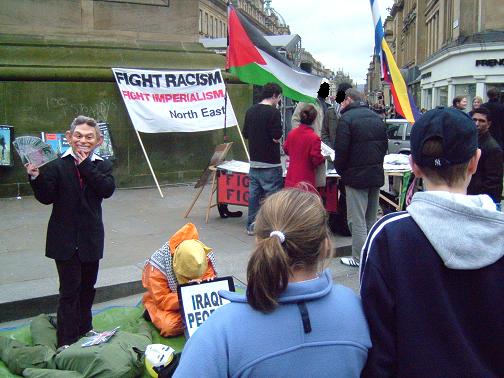 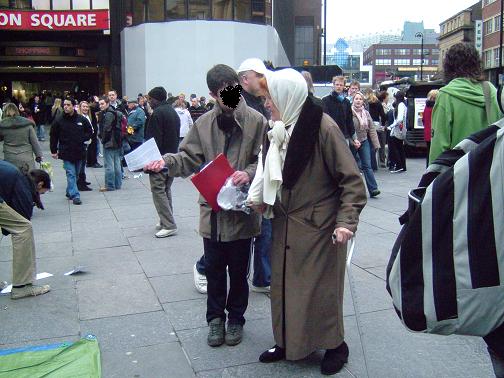 This took place alongside a 'women in black' action by Tyneside Stop the War Coalition. The colourful street theatre of the RCG activists vividly exposed the reality that the war is being fought for the interests of the imperialist ruling classes, at the cost of misery and slaughter for the Iraqi people, and the deaths of many working class young people in the occupying armies. Under the slogan “The rich keep lying, the poor keep dying”, the street theatre provoked a warm response from the people of Newcastle. Many passing young people, previously uninvolved in politics, took up petitions and leaflets, collecting over 160 signatures within two and a half hours.

Much more of this kind of work is needed if we are to rebuild a serious anti-war movement in Britain, which is not held back by its ties to the Labour Party, and is able to challenge British imperialism both within Britain and abroad.