The Public Speaks for Itself

There will be ‘hell to pay’ and hopefully an entertaining spectacle when the ICC becomes a real people’s court and those in the dock will prove that the people of the WORLD cannot be abused or deceived for long. 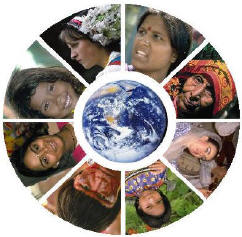 As mainstream media and unrepresentative governments narrow the scope and range of social discourse, the public network has exploded with millions of ‘voices’ that continue the public discourse in a social space conveniently created by the forces that fear free expression most. The blogosphere is without competition as the primary body of free speech in today’s digital age. It is not unexpected that the content and character of independent speech is in contrast and opposition to the mainstream discourse of minority interests. It would seem that attempts to limit and tailor the social debate have resulted in unexpected consequences.

Efforts to control public opinion and formulate public consciousness have inadvertently created the means for an opposite reaction – a backfire of monumental proportions. The loss of public confidence is occurring at speed and the final consequences of public disillusionment are yet to be experienced.

We thank the mass media and the vested interests for creating a huge vacuum, which of necessity would be filled. What did you expect in this digital age of communication? The people will disregard those who disregard their concerns; however, those who represent the sentiments of the masses will be supported by the masses. The fatal mistake of mainstream media was its attempt to formulate public opinion without ensuring that reality could not intervene in the orchestrated discourse of fantasy, lies and selective reporting.

However, recent events in China have cast a dark shadow on the freedom of the ‘public wire’. The Beijing government has proven to the world that the internet and the free exchange of information can be controlled – we acknowledge that Google, Cisco and other corporate interests will support totalitarian regimes for a price! Let it be known that these Corporations are enemies of the free people of the world and should be treated accordingly (boycotted).

As a result of China’s assault on freedom of speech and the free exchange of information, it has now become imperative to expand on existing (and develop new) undetectable ‘tunnelling’ technologies. Freedom of the ‘wire’ must be maintained and we will burrow deep into existing protocols in order to survive and preserve the free exchange of information. In this regard we are eternally grateful and indebted to a hacker whose skills have made a mockery of security technologies (firewalls, etc) and monitoring software. He/She is a rare genius, possibly the first undetectable anarko-hacker (may there be many more). Einstein may have been smarter but he certainly wasn’t faster!

The situation today is that world events are reported across the ‘wire’ faster than other interests can manipulate the information to their advantage. The results are numerous opposing accounts, as distinct from ‘views’ of events! The public now resorts to independent sources for details and confirmation of many important events; the media moguls have only themselves to blame for the loss of confidence in their outlets.

There will be ‘hell to pay’ and hopefully an entertaining spectacle when the ICC becomes a real people’s court and those in the dock will prove that the people of the WORLD cannot be abused or deceived for long.

[Mass deception in today’s world is proving to be a dangerous occupation. We acknowledge the signatories of PNAC and all the corrupt governments of the world; the means by which you manipulate have become transparent.]