A Message to the Citizens of the World, from Dr. Doug Rokke 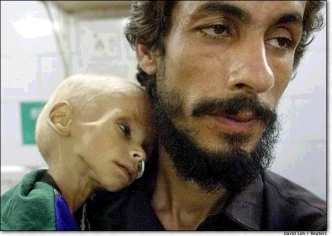 
I ASK EVERYONE WHO RECEIVES THIS MESAGE TO DISTRIBUTE THIS MESSAGE TOO ALL CITIZENS AND GOVERNMENTS OF THE WORLD.

As the United States Department of Defense hoped for discussions and debates continue, regarding the toxicity of uranium weapons, it is extremely important to understand that these same officials want these debates to continue while they ignore and hope the general public does not learn that United States Army regulations, specifically United States Army Regulation 700-48, United States Army Technical Bulletin 9-1300-278, along with numerous orders already require thorough environmental remediation of all contamination and that medical care is provided to all casualties because - as stated in the 1995 United States Army Environmental Policy Institute report in response to the congressional and U.S. Army leadership mandate to reduce uranium weapons toxicity - we found and stated that quote: "Ways to Reduce DU Toxicity: No available technology can significantly change the inherent chemical and radiological toxicity of DU. These are intrinsic properties of uranium" end quote.

It is important to note that the actual medical care directives that we wrote and United States Department of Defense enacted, mandating medical care for DU exposures, required that the radiobioassay - urine, feces, and nasal swabs - be completed within 24 hours of the initial exposure not days, weeks, or years later as is happening if any tests are even ever conducted.

Today, medical tests are only given to some selected persons and not all exposed children, women, and men. THAT IS ABSOLUTELY WRONG AND A CRIME AGAINST HUMANITY.

On medical effects, scientists and government officials only read or cite selected peer reviewed literature that excludes reality, while ignoring what has actually been medically observed, diagnosed, and treated in those, including myself, who are confirmed DU casualties.

I have asked United States Department of Defense officials; President Clinton's, President Bush's, Prime Minister Blair's, Prime Minister Howard's, United Nation's, Italian, Swedish, German, Japanese, and NATO administration officials, and even Dr. Bryan Spratt's team at the British Royal Society to ensure that already mandatory medical care is provided to all Depleted Uranium casualties and that al environmental contamination is cleaned up as already required but they ignore those legal requirements and want the debate to continue to avoid all liability.

Ladies and gentleman, the debate ended once the orders and regulations were adopted and published. But today those who advocate and use uranium weapons while ignoring mandatory medical care and environmental remediation requirements place themselves above all national and international laws.
SIMPLY THEY ARE NOT ACCOUNTABLE.

The following link takes you to the current DOD web site for medical information on health effects of depleted uranium:

This sheet on depleted uranium is full of misinformation and omits all references to the DU team reports, the DU project, and simply lies
about our actual adverse health effects from uranium weapons exposures.

Many of us who are enrolled in the VA DU Medical Program HAVE SERIOUS DU RELATED- DIAGNOSED MEDICAL PROBLEMS. However, we have been abandoned.
VA physicians have only tested a few hundred individuals (Gulf War Review volume 13, #1, page 12;

http://www.va.gov/ ) out of thousands who were supposed to receive testing and medical care, as required by numerous orders and regulations.

The October 1993 DOD DU medical care directive mandated testing within 24 hours of initial exposure, using the radio-bioassay, not weeks, months, or years later as done now, if done at all. Once this test is done an extrapolation from measured to actual dose must be done too but that has been ignored.

I recommend that everyone read- study the Pentagon's own 2002 staff briefing on adverse health effects of uranium exposures. If you have questions just ask me.

DOD, DA, USAF, USN, USMC, USCG, VA, MOD (British), CND (Canadian), AND (Australian) and NATO officials have for years continued with delayed and denied care, in order to maintain the cover up of the always known serious adverse health and environmental effects and to sustain uranium weapons use while avoiding all liability, as specified in the March 1991 Los Alamos memorandum written by LTC Mike Ziehmn.(

The March 1991 memo, written by LTC Greg Lyle, was also very clear in citing serious health risks. I am the Army officer who received these two directives. LTC Lyle is correct. However I refused and still refuse to comply with LTC Ziehmn directive in order to sustain uranium weapons use.

As the former director of the U.S. Army Depleted Uranium Project, the U.S. Army health physicist who cleaned up the mess following Gulf War 1, who recommended the initial medical care, and who is a confirmed DU casualty I am fed up with the continued lies and refusals by our leaders to comply with all known provisions of U.S. Army Regulation 700-48, LTG Peake's April 29, 2004 order mandating medical care for all exposed individuals, and refusals to comply with all of the numerous medical orders over the years.

A nuclear war is being waged in Iraq and Afghanistan - not your typical nuclear war of powerful, glowing mushroom-cloud blasts that reduce everything in their paths to blackened, flattened ruin, but a covert nuclear war using a mechanism that is just as deadly but not so obvious.

Say NO to Depleted Uranium! Close the Lancelin bombing range!