Repression and violation of human rights is escalating in Ecuador, a country in state of emergency for the better part of the last three weeks. 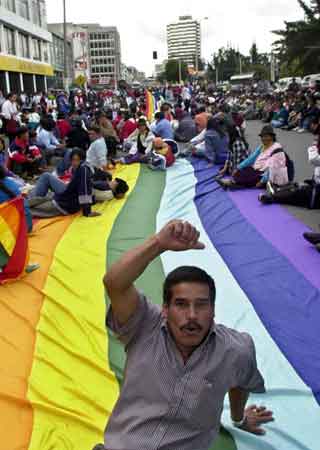 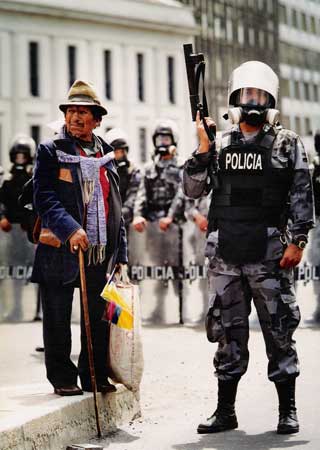 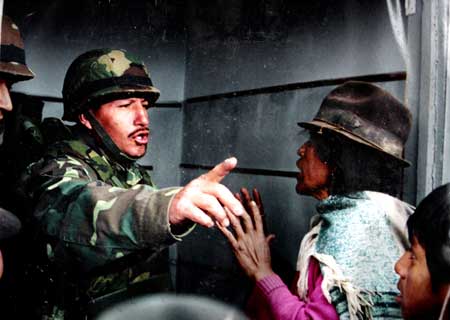 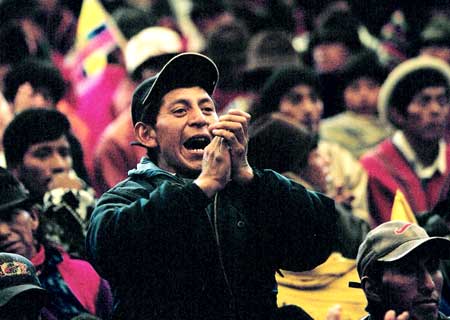 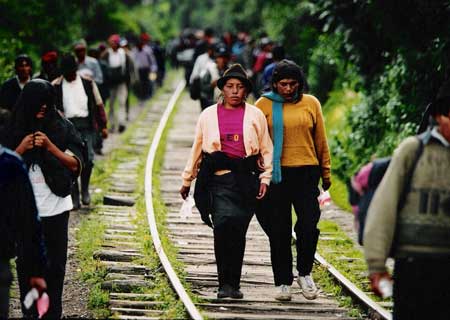 Please see the following articles for previous information on the uprising against the Free Trade Agreement with the USA, against the contract between the Ecuadorian state and the oil company OXY, against Plan Colombia, and for "life and self-determination":


New road blocks are being staged daily, adding to the already existing ones that have brought most of the country to a halt over the last few weeks. Key areas in the Andes are now basically militarised and hundreds of local leaders have been detained. Nonetheless, the protests won't die.

Even communities at the coast are now joining into the nation-wide anti-imperialist mobilisations, despite being a region currently facing humanitarian disaster as hundreds of families have to be evacuated from their completely flooded communities - a situation which promises to turn into a health catastrophe as sanitary infrastructures are being washed away in areas that have suffered years of governmental neglect.

Mainstream media continues to spread such misinformation as that either Venezuelan President Hugo Chavez or a Basque NGO have funded the uprising which was initiated by the Confederation of Indigenous Nationalities of Ecuador (CONAIE).

Two people from Basque country are being accused of having organised (by themselves) the indigenous march of several hundred people from the province of Pastaza in the Amazon region toward Quito, and are possibly under threat of deportation.

In Quito, protest marches of thousands of people and violent repression are now a daily occurence, with hundreds of arrests and several dozens of people in hospitals, including one person in a coma. Food and clothes are being collected for the people continuously arriving on foot or by bus from the provinces.

More information in Spanish, as always on: