If you were hassled by the police for no good reason last June, there might be something you could do about it. You will need to make your complaint to them within 12 months of any harassment you may have recieve from Officer Friendly...

During the G8 protests in Sheffield last year, about a dozen police forces from around the country intimidated protestors and members of the public alike (i'm not seeing them as all that seperate from each other).
.....

I was followed from Devonshire Green in Sheff City Centre for about an hour all the way up to South Road in Walkley (about 2 miles).
I got off a bus from the Northern Gen. Hospital and walked up to the Green to have a nosey cos i live very close by. It was about 7pm, Thurs 17th June and the Make Poverty History "rice meal" was getting under way, about 200 people proceeded along West Street towards the event and as i spotted a friend in there, i decided to walk with the procession.

Once we got to Devonshire Green there were about 400 people in total and after 10 minutes or so i left to use a payfone 200 yards away up a side street outside Tesco express on West St. That's when i noticed two officers, a male and a female from the Metropolitan Police, who'd followed me for the last 2 or 3 minutes and were watching my every move. When i asked them why, they said that at least they weren't trying to be sneaky about it (!)

Anyway, after crossing the road and then back again i crossed half way with them copying/mimicking my movement finishing off in the middle of the road together, so i walked off up West St to the bus stop. There they stood 10 yards away watching me for 15 mins while no bus came so i walked off further up to the next stop for five minutes, same again. This continued for the next half an hour or so, one point at the other side of the university i waited for them to catch up and we chatted at a bus stop. They said they were told to expect a few thousand protestors, that the bus service was bad up here and that they'd seen my face before on demos.. the usual crap (i don't go on demos, not down London anyway).

Eventually lost them about a mile further up the road after treating them to a bit of a workout around hilly suburb in this little town of ours Oop North (the majority of the other few thousand cops sat bored in their vans, lethargic and in much need of exercise). The WPC looked so embarrased about being, i even felt kinda sorry for them. Still didn't need the hassle tho.

This is not what i'm complaining about, bless 'em. My main problem was with an evidence gatherer/ forward intelligence bod who i believe is from South Yorks, local accent an all that, filming the critical masses during the week. i won't go into it but he followed me, hassling me throughout, for a few hundred yards while i was walking across an empty Dev Green on the wednesday afternoon (16th June) a few hours before the evening critical mass/protest gathering, i'd only nipped out to the shops!

didn't get his number but recently found his image on a few of the reports on indymedia. know any details of my friend pictured here? let us know.

If you're still pissed off about how the police dealt with you in Sheffield last June, you have a couple of months left to bother a solicitor with it.

Stalked by the Law 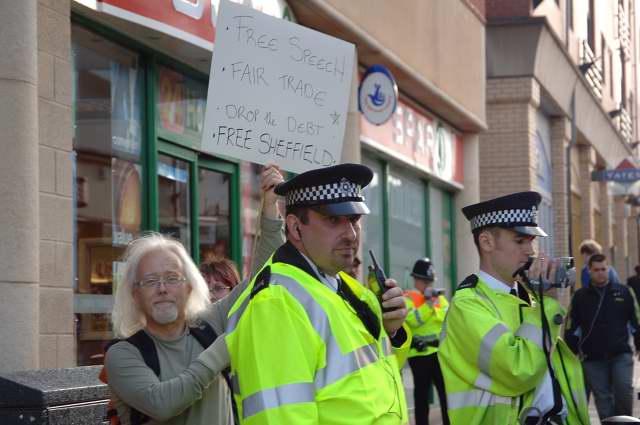 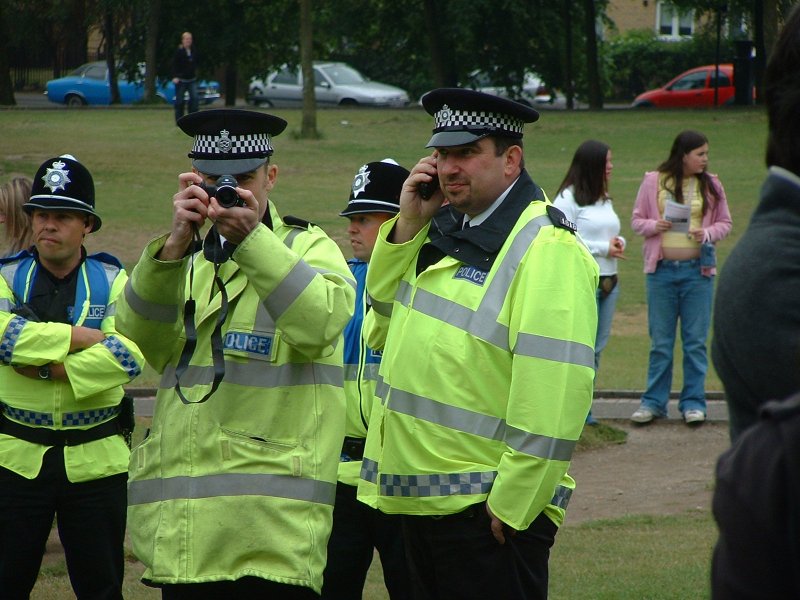 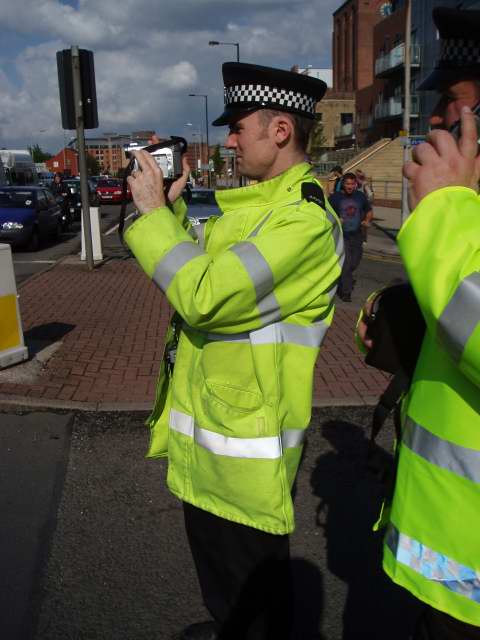 He appears to be from Staffordshire police... 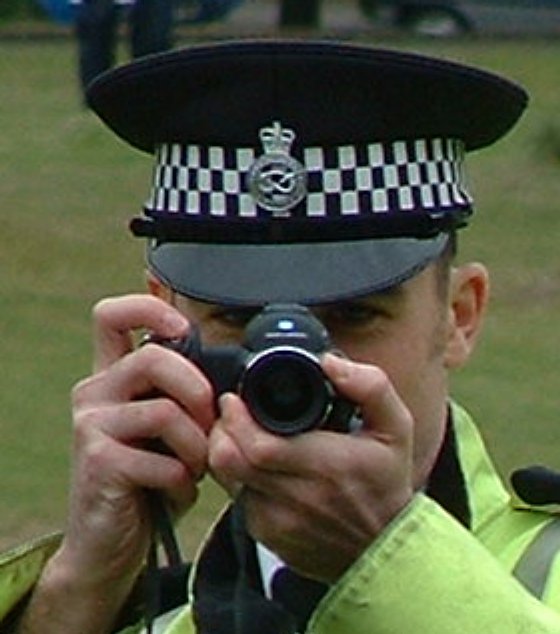 Couldn't find any other photos of this guy, but here is an enlargment of his head...