For the first time, the fascist BPP, reckon they will be standing two candidates in the May elections - Eddy Morrison in Leeds' Bramley ward, and Steve Smith in Burnley. Both individuals are well-known swindlers. 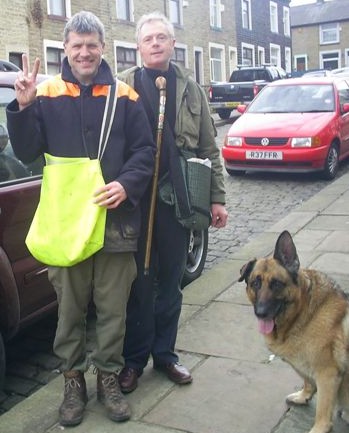 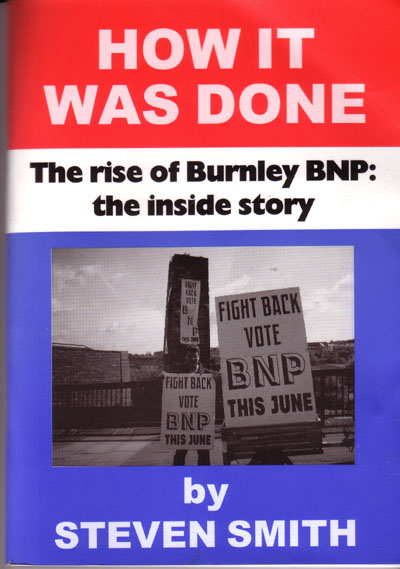 How WAS it done Steve?

Last seen standing in a puddle off the B1217, one might think that there is room for only one big fish in the so-called British People’s Party . Still, as the the BPP’s membership dwindles to less than the capacity of a life-raft, smaller fry swim to replace whoever has upset Fuhrer Morrison this week. Currently eating his way up the BPP’s food chain (in which a pot-plant might be considered too intellectual), is Steve Smith from Burnley. Smith is a former organiser for the BNP, and has stood as a BNP candidate (of which more later.)

On a trip to Leeds last year, Smith got hassled by a copper over a parked car, and nearly started blubbing when asked for his details (don’t worry Steve we have them), though with a past as murky as Smith’s it’s easy to understand why he was reluctant to give them. For once he didn’t have his German Sheperd, Samba (wonderfully English sounding name), with him for protection. Samba was round the corner trying to bite Smith’s ‘racial comrades’ at their pathetic demo in support of John Tyndall, while Smith was filling his lederhosen.

Currently, with little else to do these days, and less still political nouse, the BPP are touting Smith’s book ‘How It Was Done’, supposedly the ‘inside story’ of the ‘rise of Burnley BNP’. Morrison needs all the friends he can find at the moment, so probably wants to keep Smith sweet, and he’s no doubt making a few quid on the side. It’s not as if the BPP are exactly full of people who can string a sentence together after all, even when what they’re writing is utter bollocks.

How was it done indeed? Well one of the ways it was done in Steve Smith’s case was by forging the signatures on nomination documents, since apparently he couldn’t find enough local people to back him and other BNP candidates.
On the 16th of January 2002, Smith was sentenced to 6 months in prison after admitting submitting nomination documents containing forged signatures for elections to Lancashire County Council. Smith, then aged 41, pleaded guilty to 6 charges. He had previously stood as a BNP candidate in the General Election.

During the investigation a total of 12 forged signatures were found. Smith claimed, “"I was sure these people would support me ... All the people concerned were noted in our reports as sympathisers or supporters". But the forged names included that of a Burnley Labour Party member! Then Smith claimed he sometimes filled in the forms on the basis of "intuition", saying: "If it is for the betterment of society, then breaking the rules is justified".

Besides being sent down for 6 months, Smith was barred from standing as a candidate for any elected office for the next five years.

And now the crackpot BPP announce that Smith is going to be standing as their Burnley candidate in the May elections!