A smallish but high-spirited group of protesters gathered around Paul McCartney's LIPA (Liverpool Institute For Performing Arts) on Hope Street, where Condoleezza Rice was due to visit at 1pm. 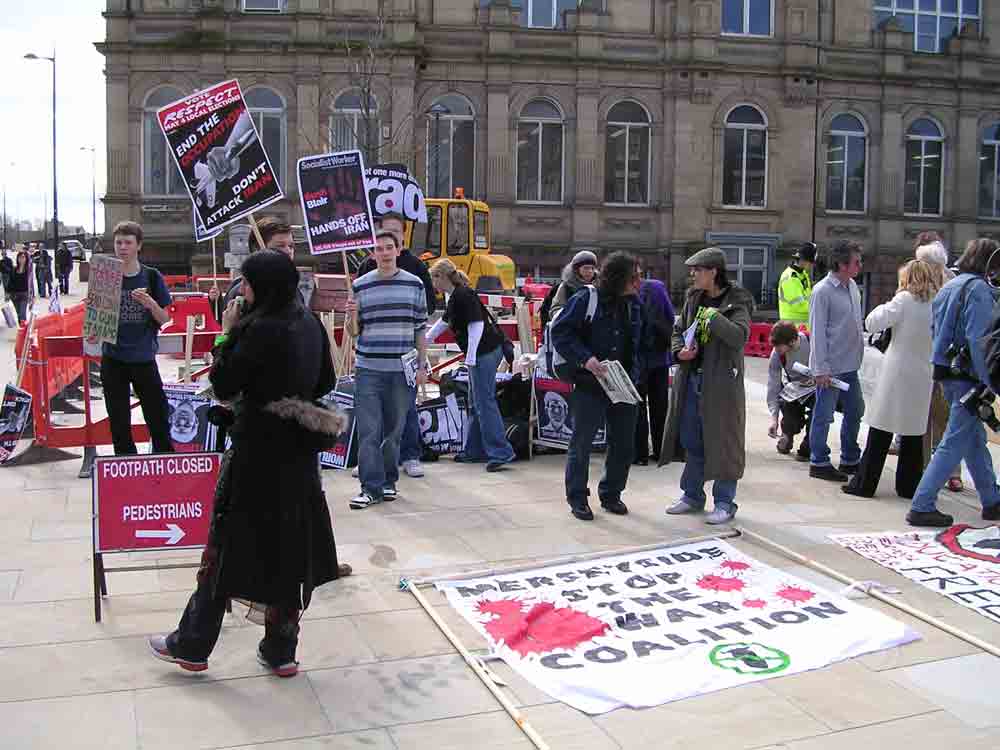 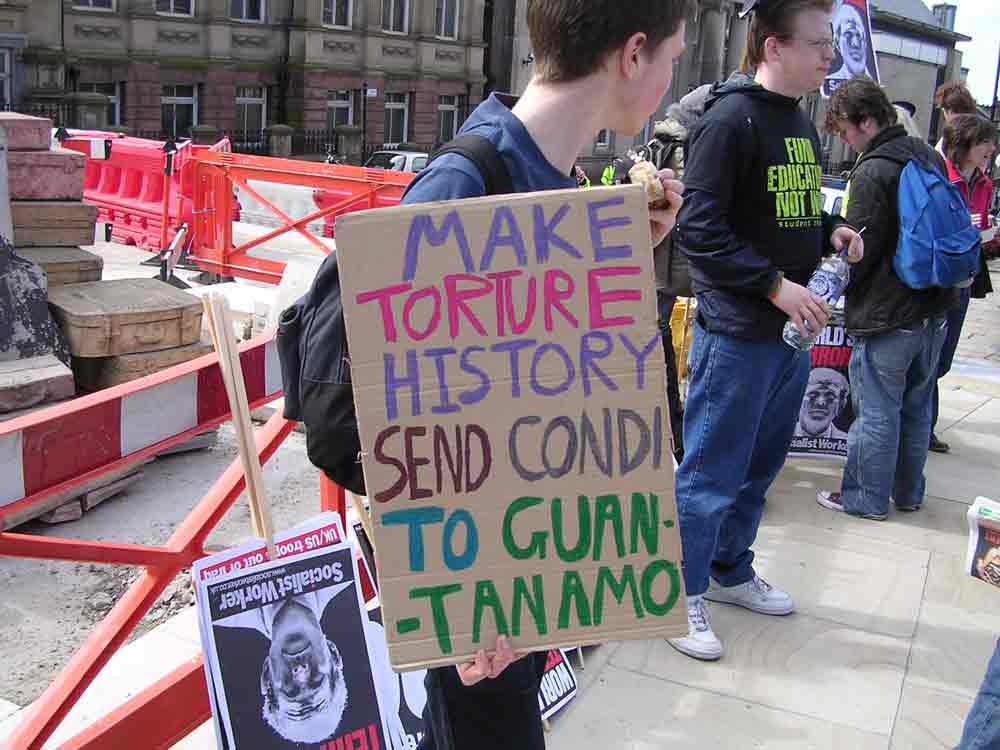 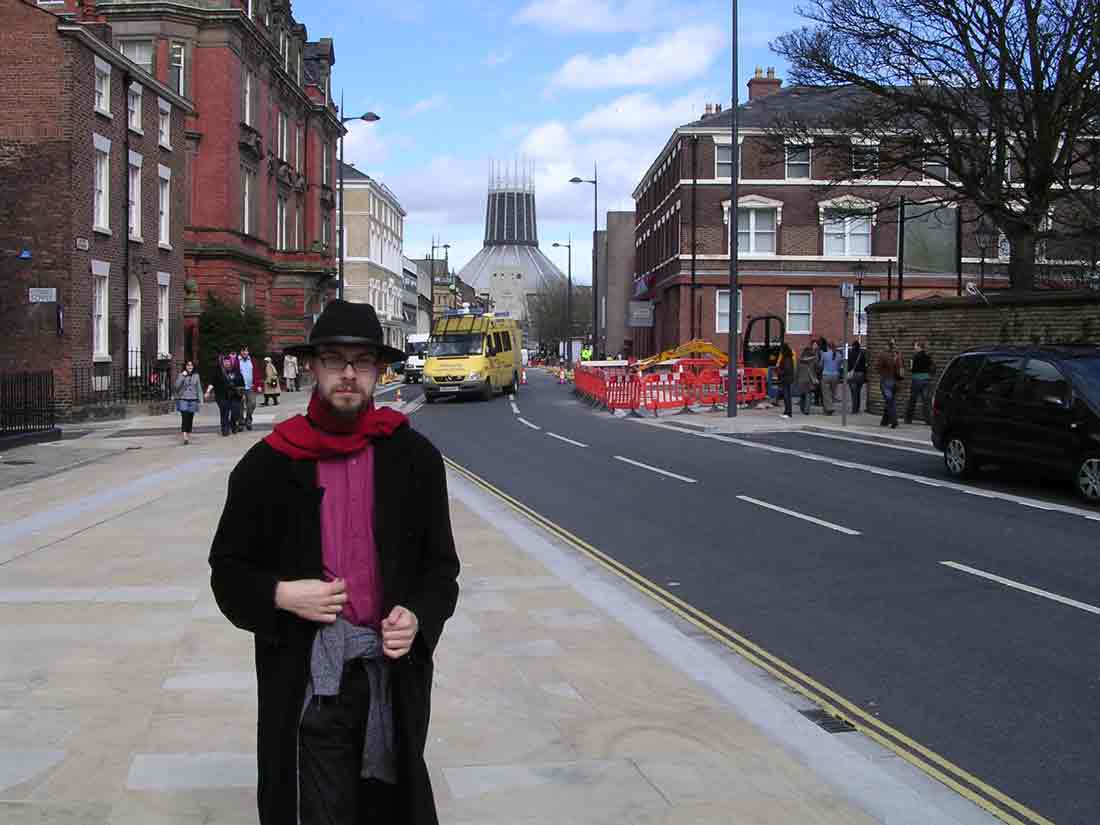 The troops have arrived but still no Condi! 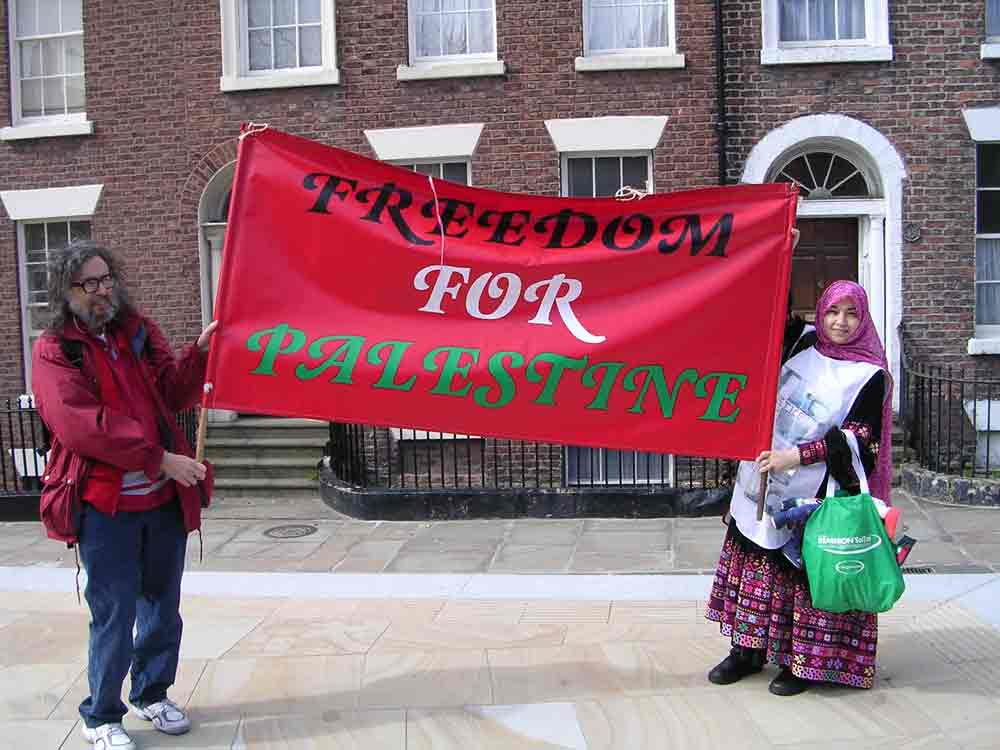 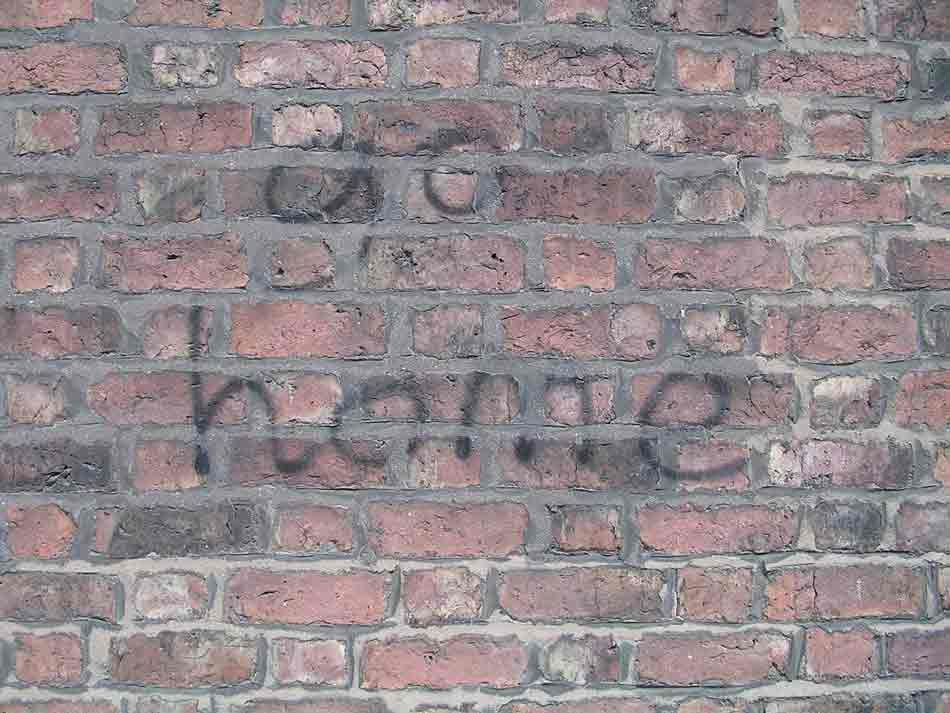 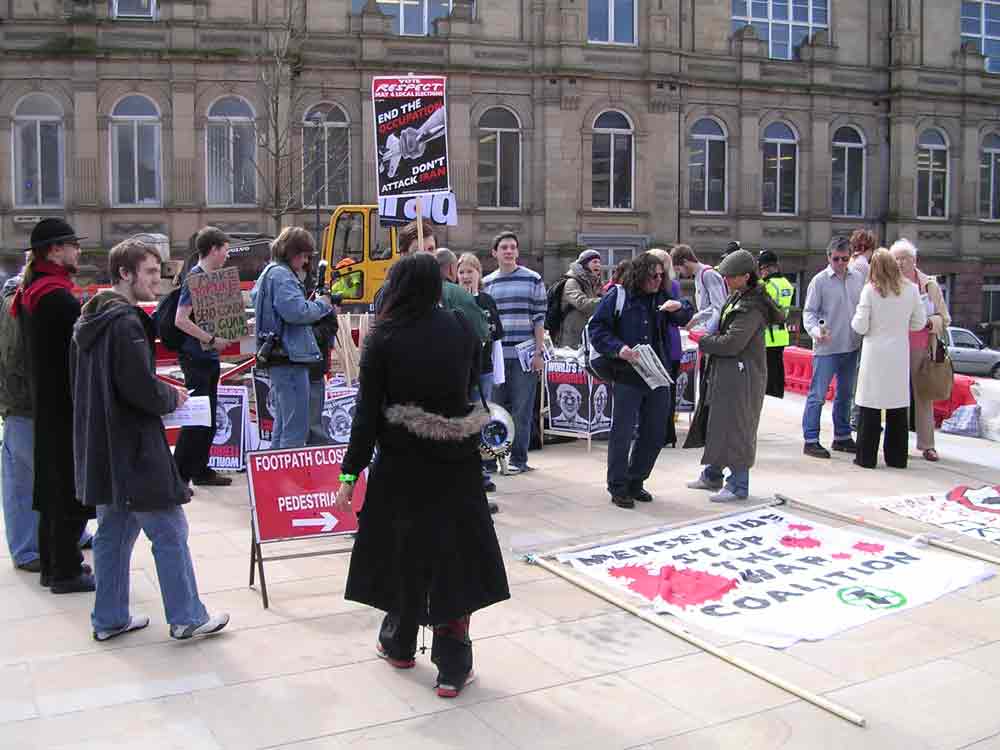 Why are we waiting? 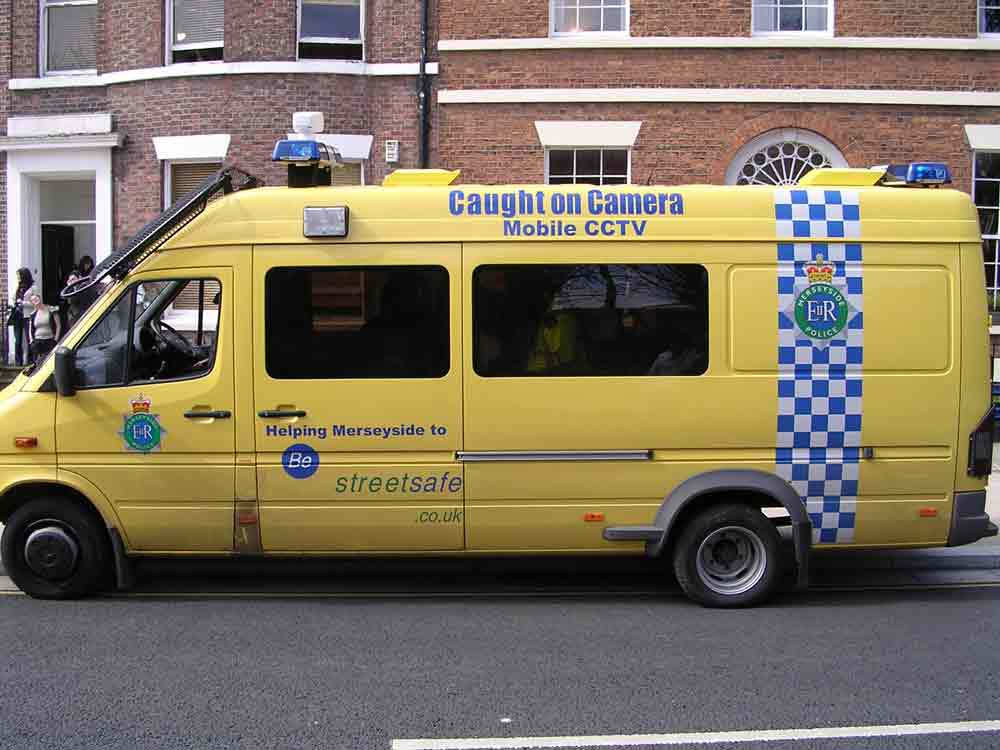 Watching out for YOU! 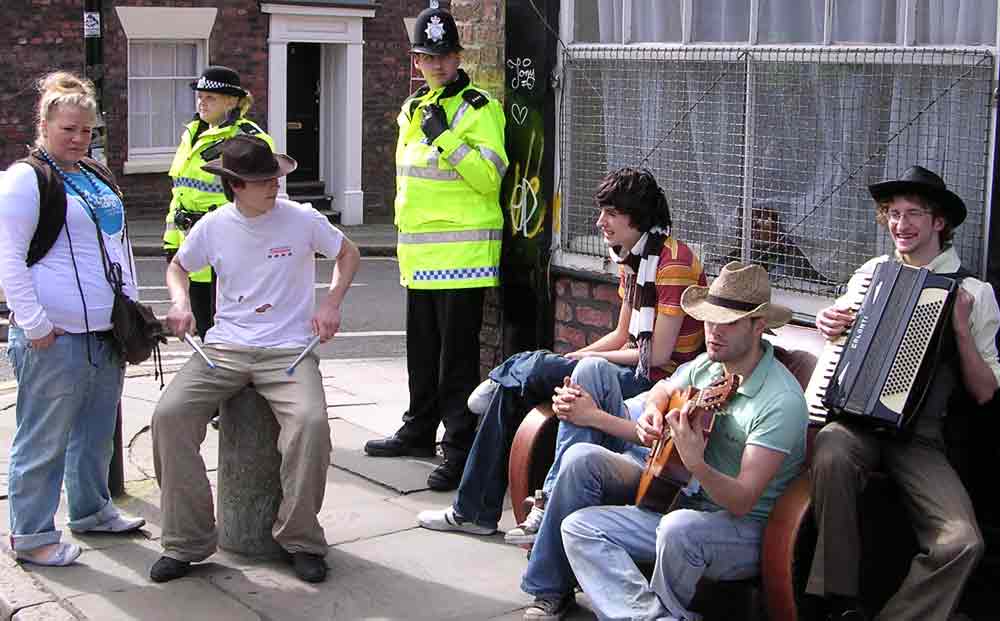 Well you have to do SOMETHING to pass the time... 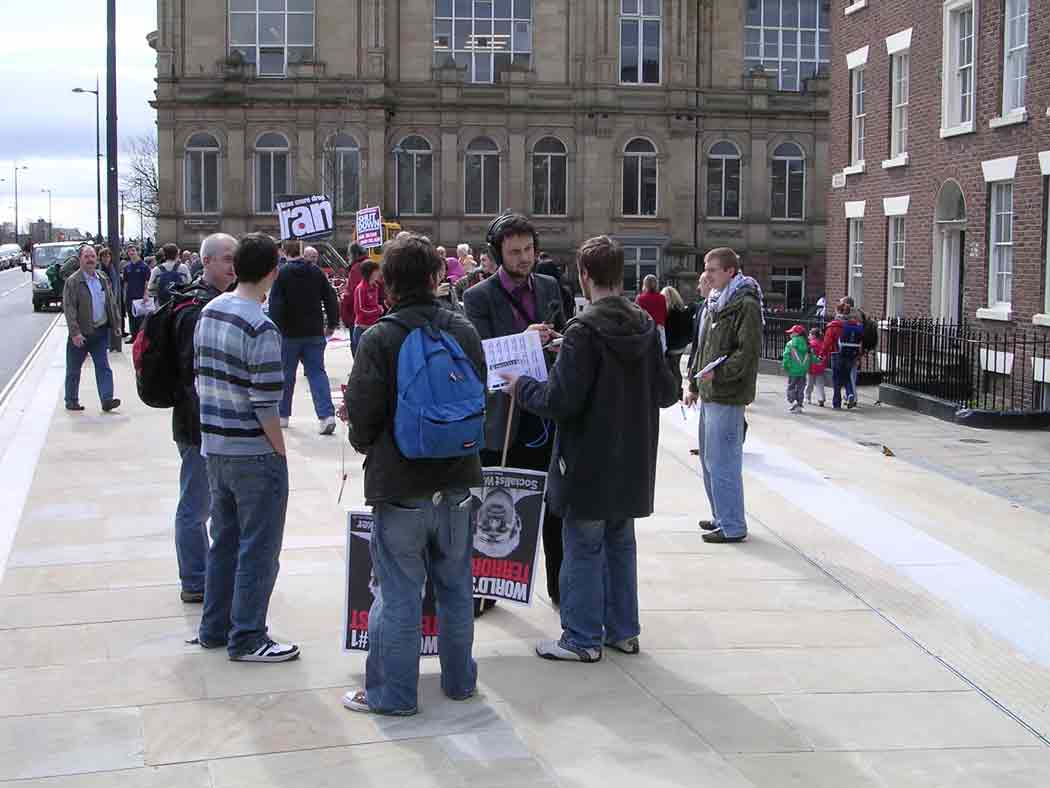 With this mic device I spit nonfiction... 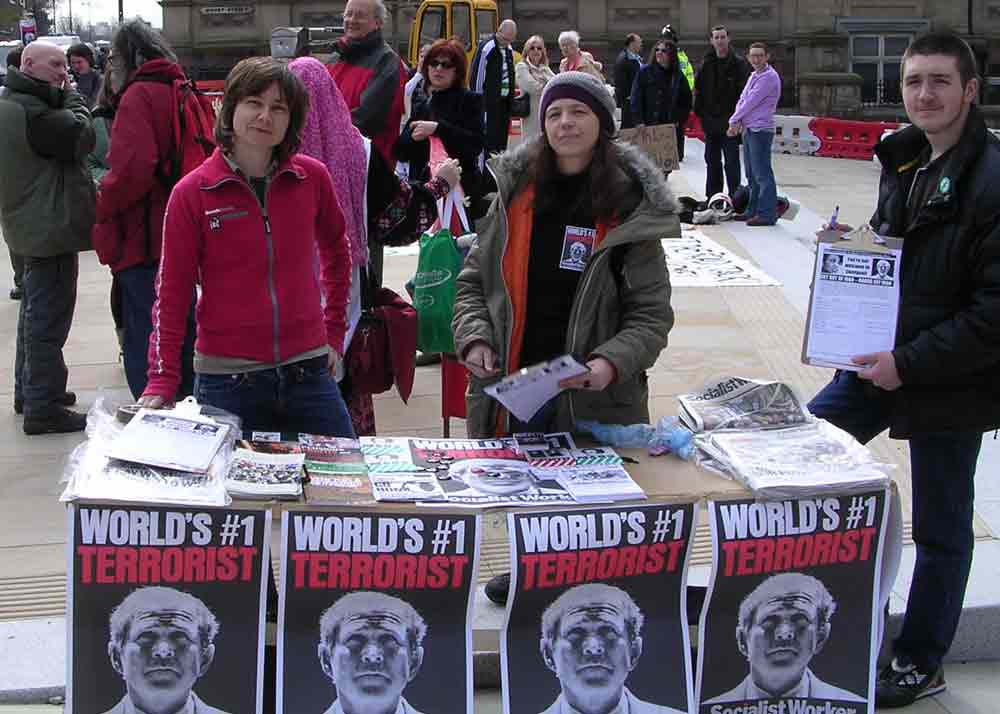 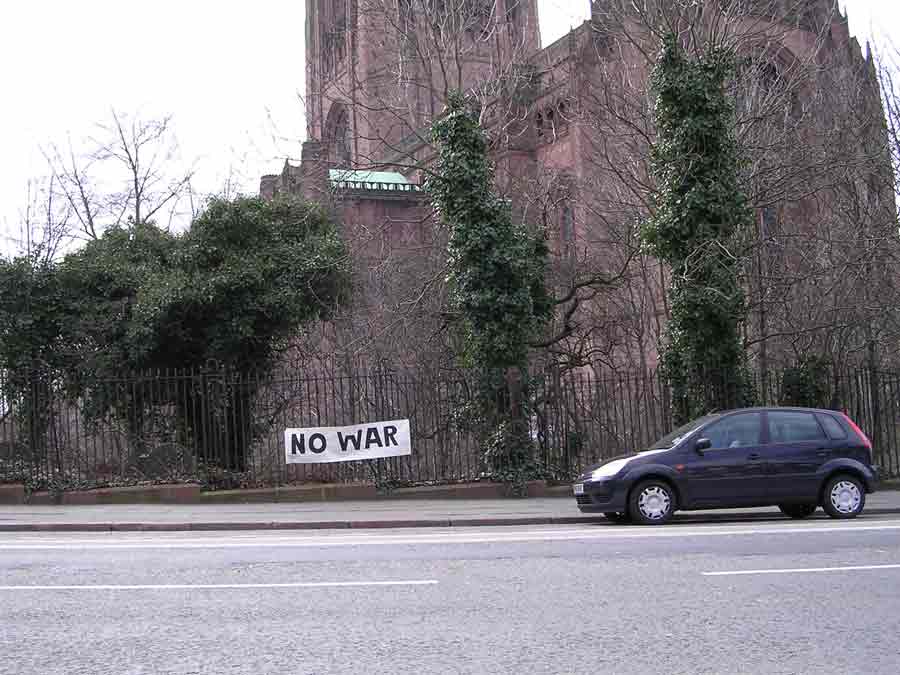 Who would Jesus bomb? 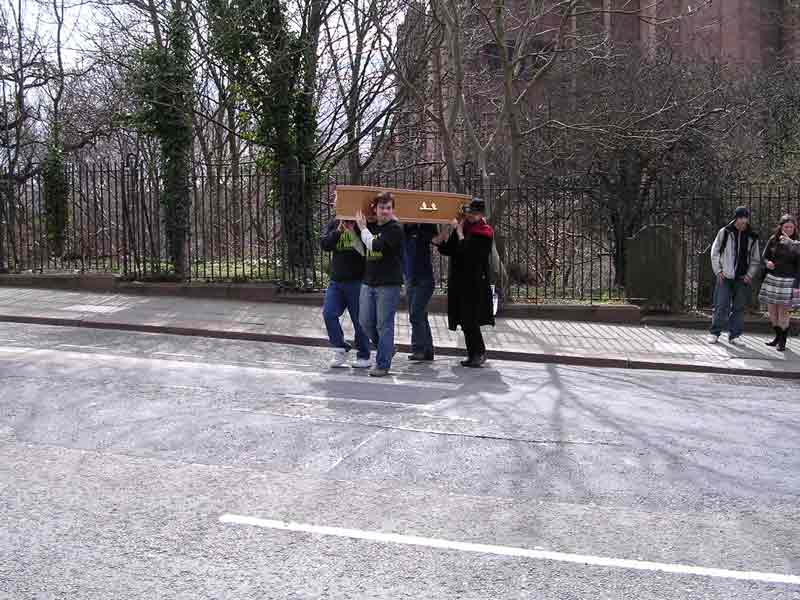 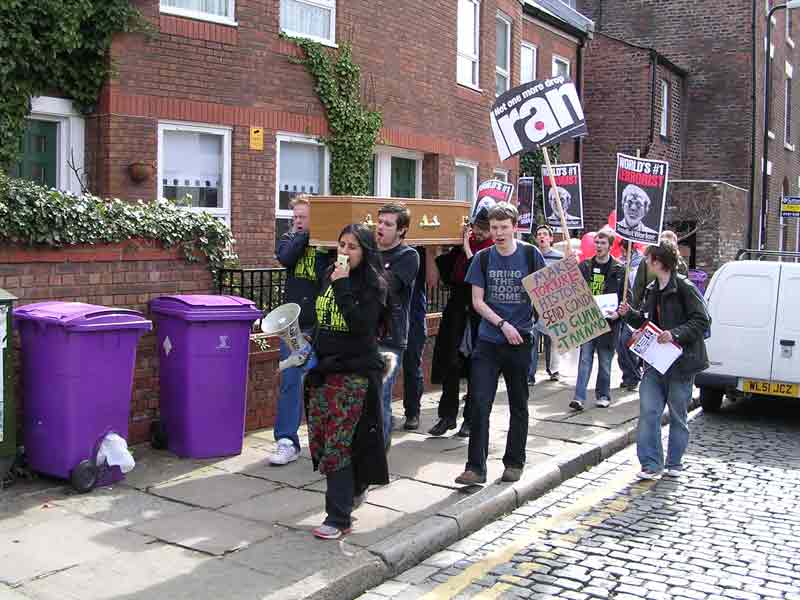 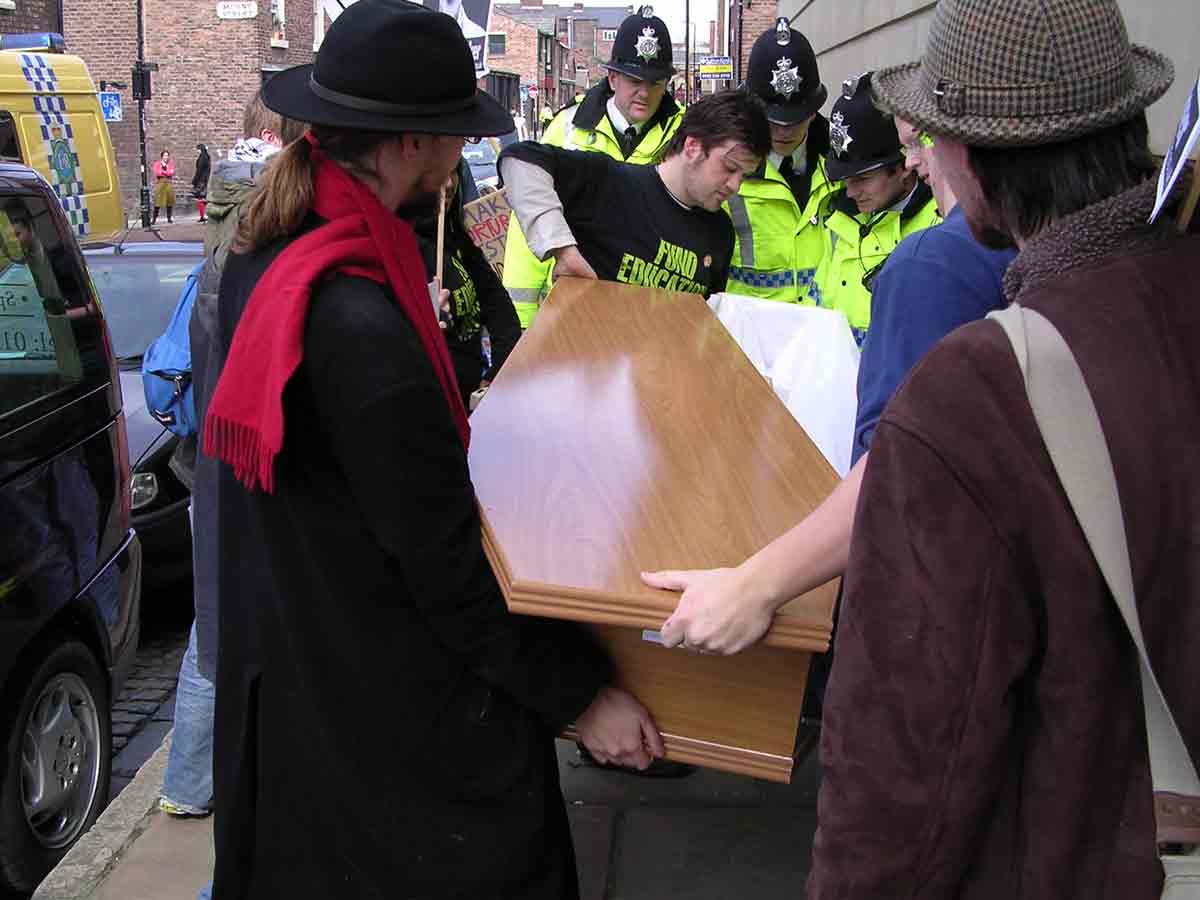 What's all this then? 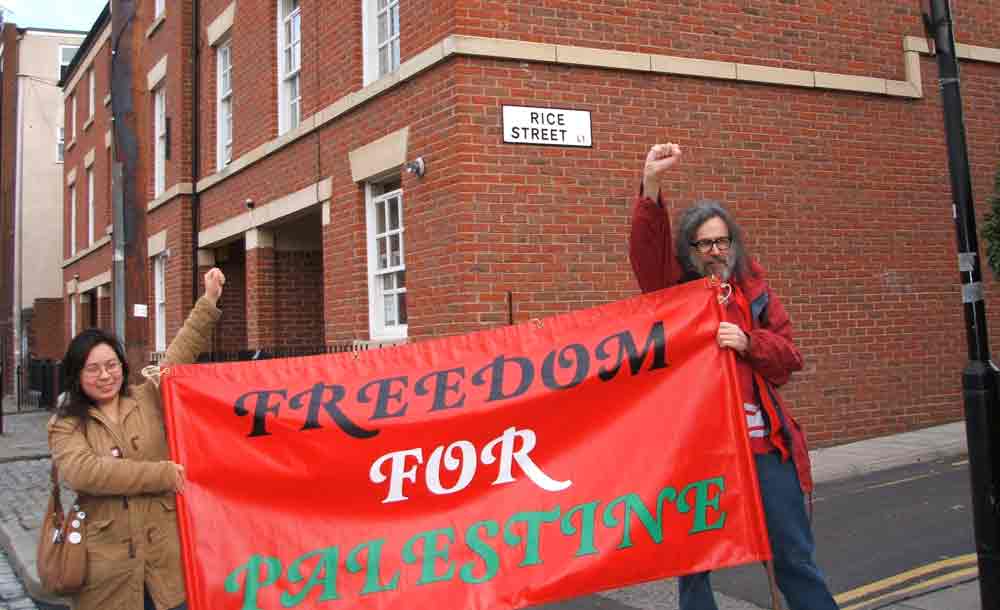 Fight the power! Rice Street, but still no Rice...

But it looks as though she's staying in Blackburn for now, before making her way to the gala concert in her honour! So she stood us up for now but it's a sunny day and she's got to come back some time! The main demo begins at 5.30 pm from the Catholic cathedral. Neo-Condi's concert is due to begin at 7.30 pm.