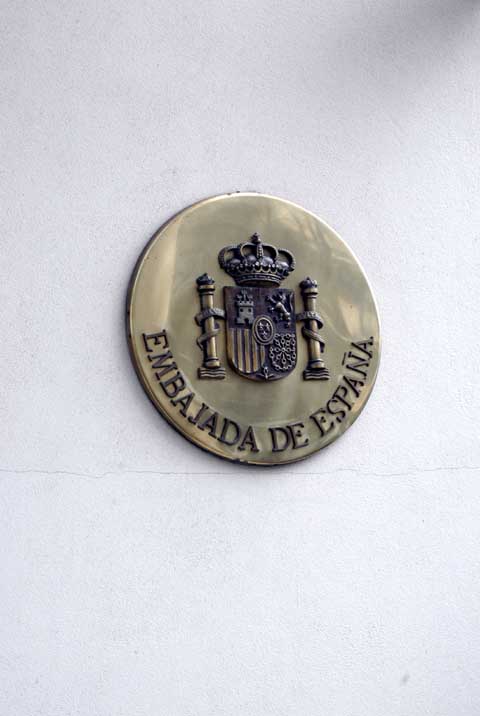 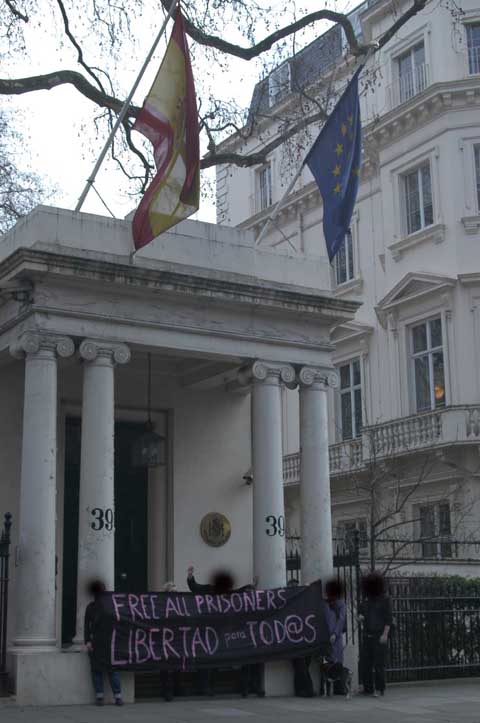 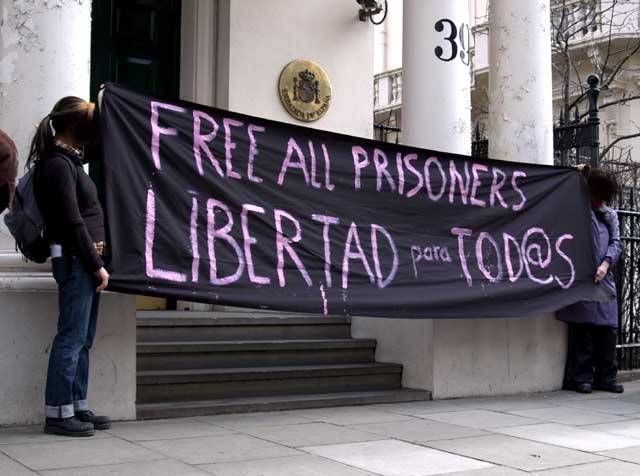 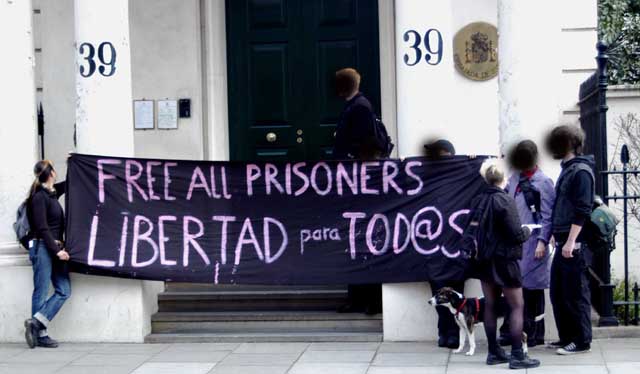 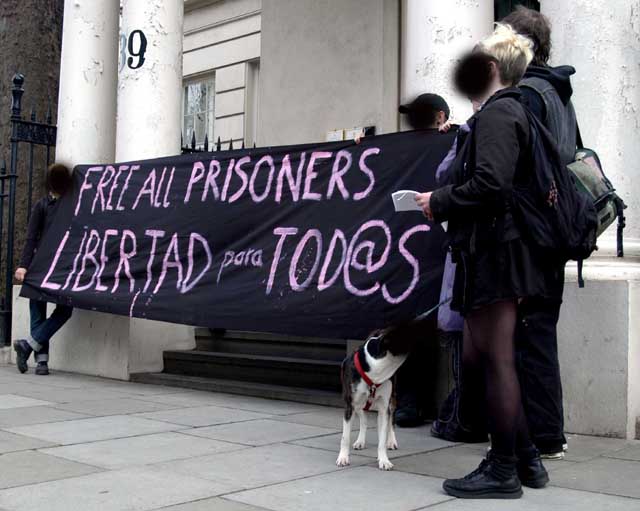 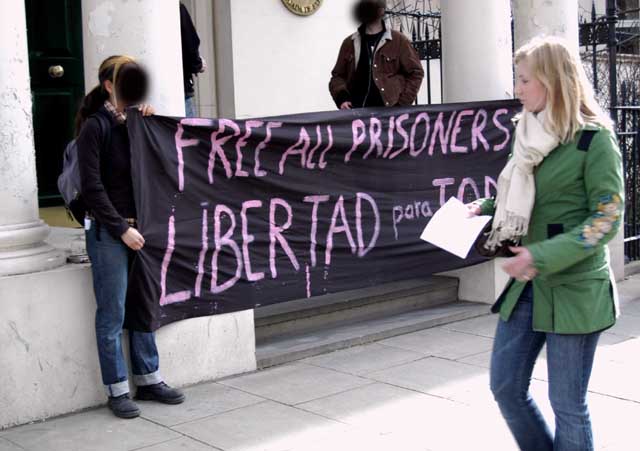 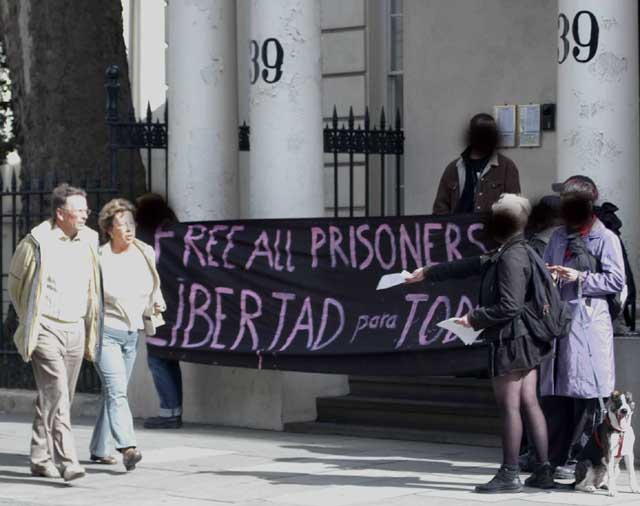 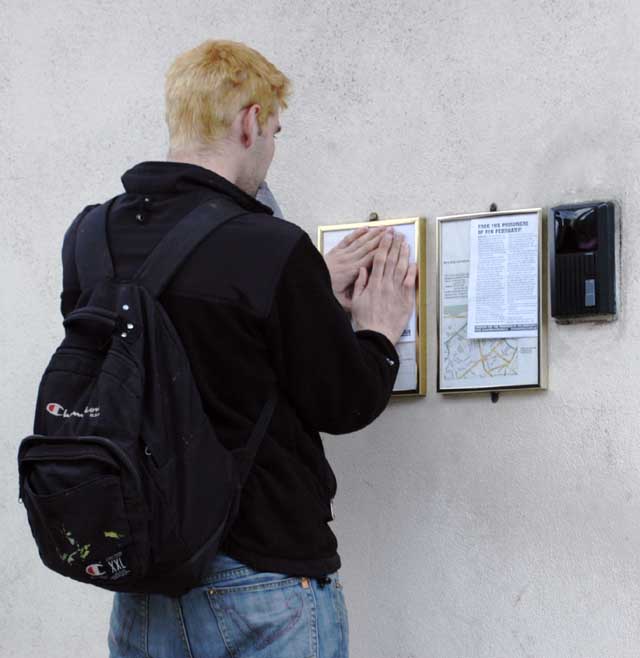 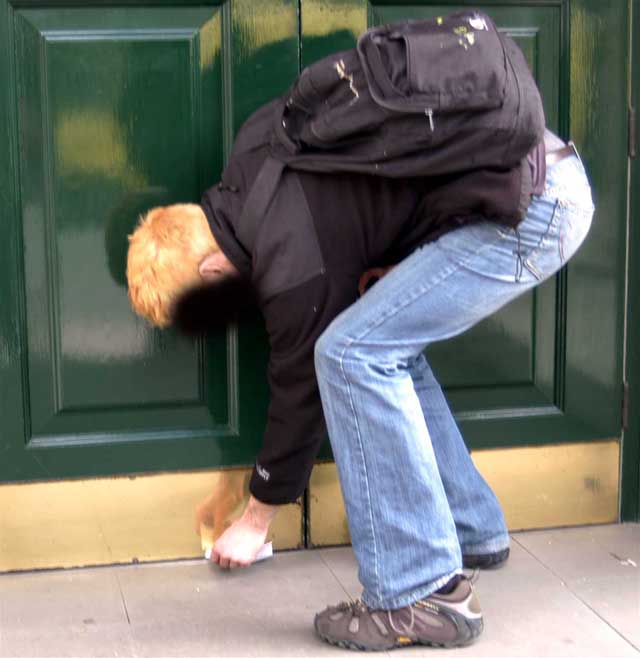 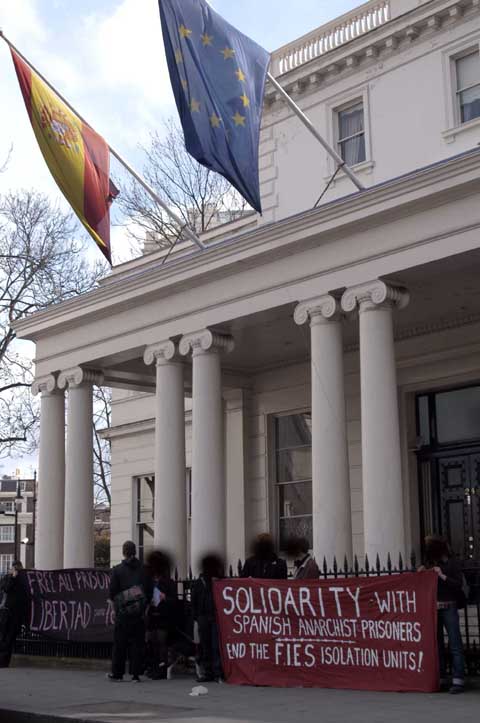 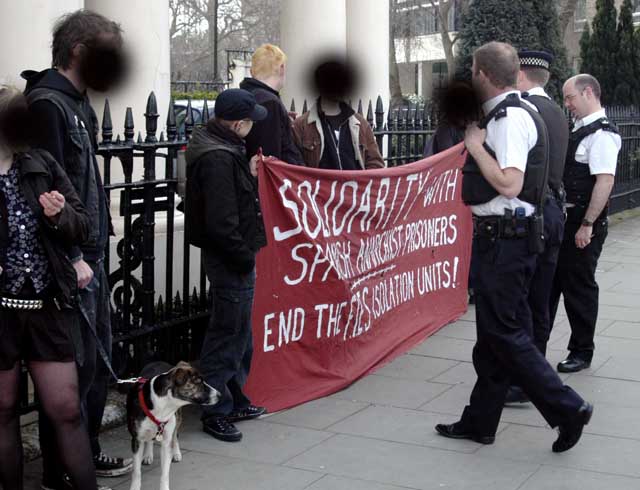 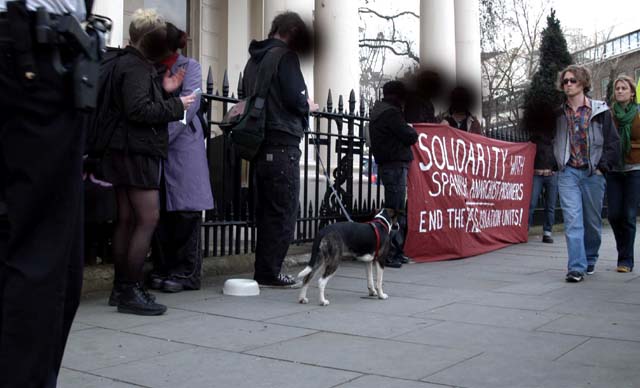 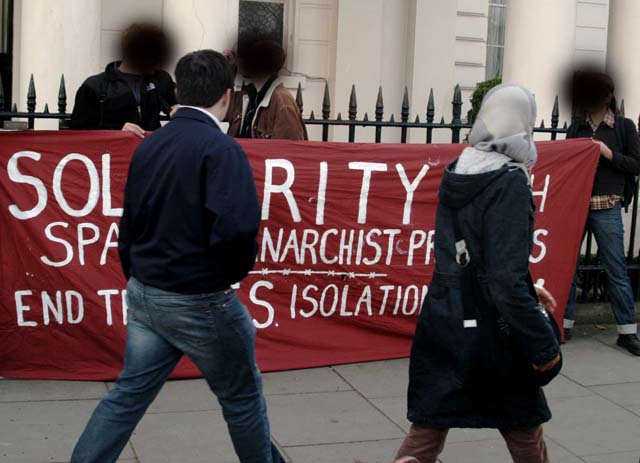 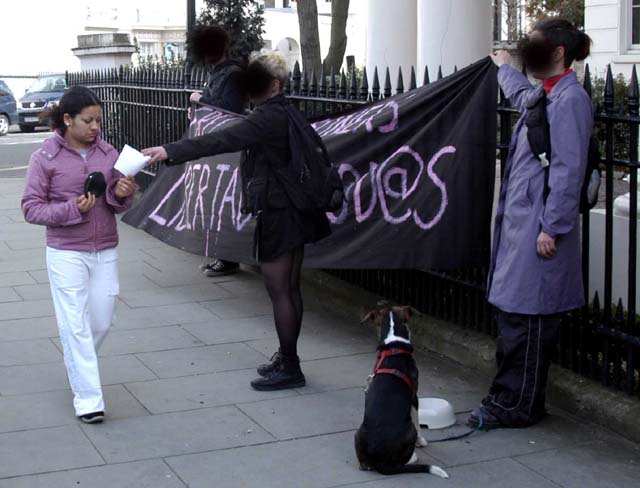 the Spanish Embassy and the Instituto Cervantes in London in solidarity with the 3 South American persons who are currently being held under serious charges in Catalonia. The prisoner support activists distributed leaflets and displayed banners showing support for the imprisoned persons…

On 04/02/06 nine people were arrested outside a party in Barcelona. All nine were tortured. Six were then released pending charges. Three have been held with charges of “assault against authority” and “attempted murder of a policeman”. These three all happen to come from South America. Two of those arrested were never at the party but had a bicycle accident elsewhere and were arrested at the hospital later that night.

The official story has changed many times but now seems to blame those on the pavement (or on their bikes!) for stones thrown from windows above.

No fingerprints, tissue or blood was taken as evidence. The “Crime Scene” was not cordoned off. Council cleaners were allowed to wash the street. Specialists state that the policeman’s injuries could not possibly come from a stone.

This case has more to do with “cleansing” the city of those considered undesirable than with anything else.

This could have been any one of us. We are all guilty of being poor, immigrant, excluded, dispossessed, marginalised…

We must continue to act in solidarity across the borders and false barriers they have created to divide us.

FREEDOM FOR THE PRISONERS!!!

prisonisacrime@yahoo.co.uk or write to us: c/o 56a Infoshop, 56a Crampton Street, London, SE17, UK

The article published in IMC-Barcelona

The fotos and report have also been posted in IMC-Barcelona: