The world has reached a point where whenever something goes wrong – when something bad happens: a car bomb, a disease outbreak or a tsunami – people – especially the victims – blame the USA. This is a remarkably simplistic and yet sophisticated reaction – the universal scapegoat. 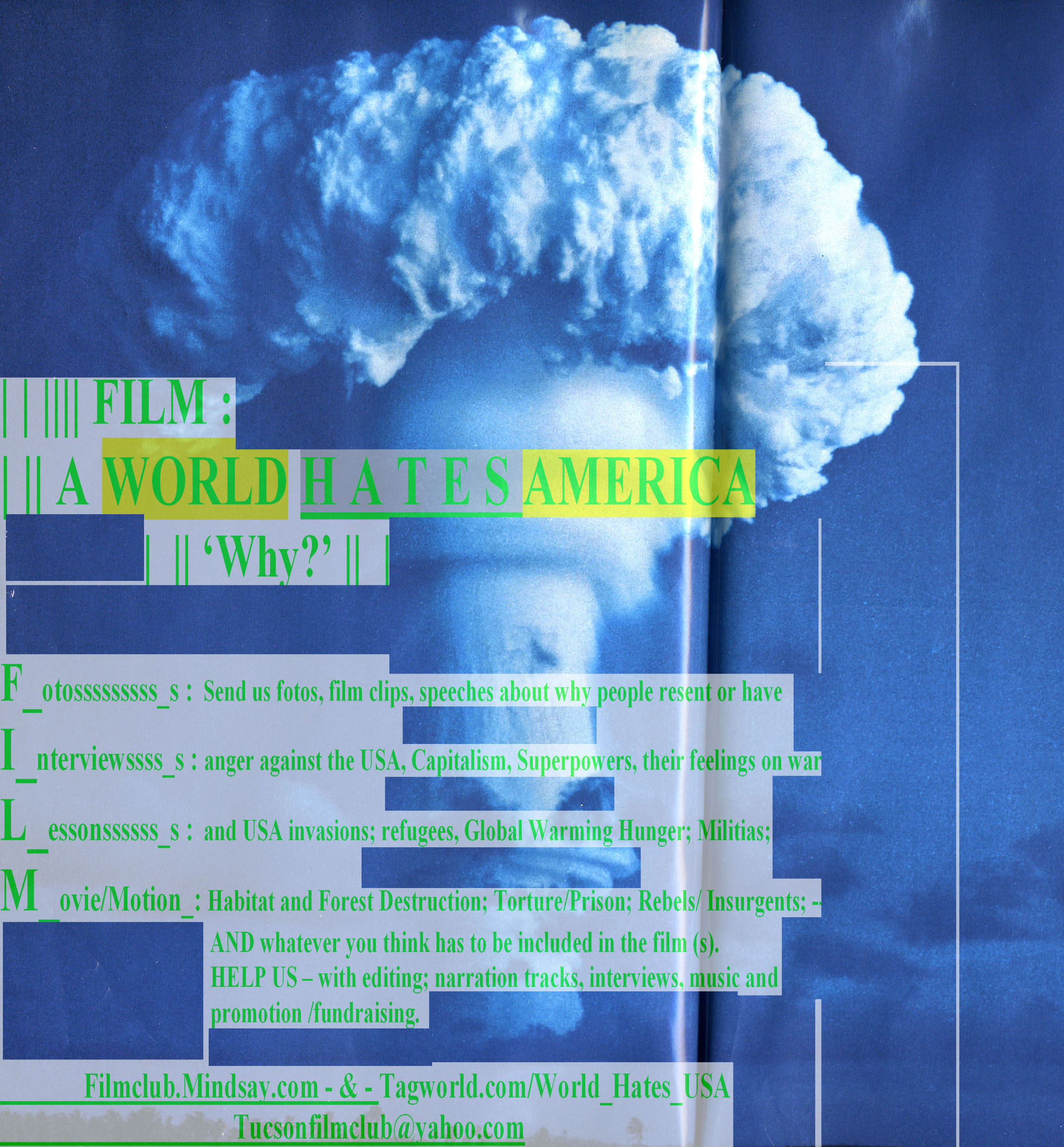 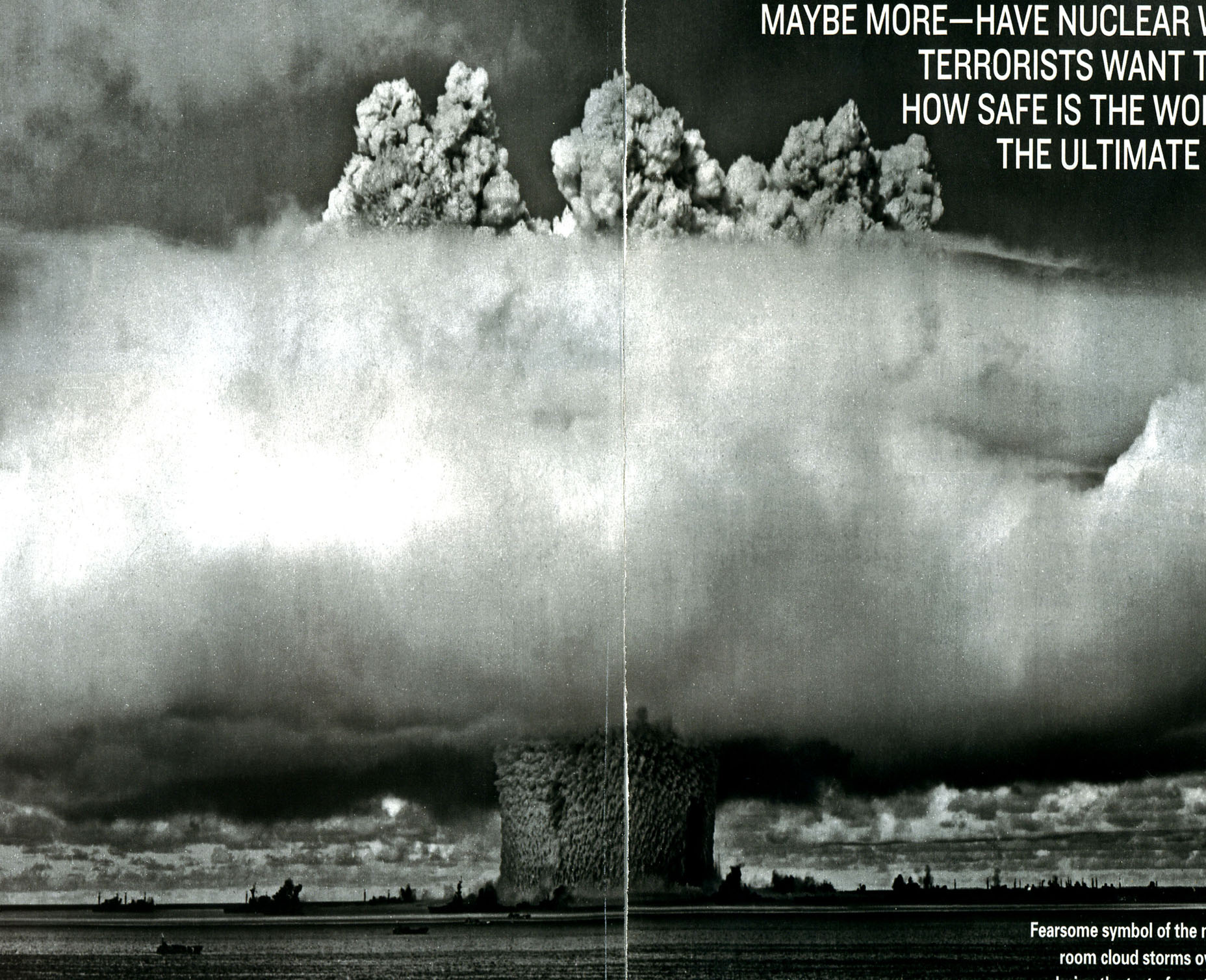 One COuntry Has DOne the Unthinkable - And 1 COnsiders it Again

We Have Ways of Making You Talk

Why the World Hates the USA; By Peter Norbridge,


In Frantz Fanon's The Wretched of the Earth the political dichotomy of the anti-colonialism struggle is similar to the cultural dichotomies – clash of civilizations - that today build toward a new world war or a New World Order. Underlying all struggles is a more fundamental economic requirement for any kind of peace: the redistribution of the world's wealth. Fanon's demand for an equitable distribution of wealth and technology beyond the rhetorical pieties of "moral reparation" is akin to today's calls for a "right to development." And both have failed, both are denied.


What rings past Fannon’s particulars through the decades is his emphasis on social equity. Fanon, the phantom of terror, might be the most intimidating poet of the vicissitudes of violence… for he knew that without honesty by government officials, a vision beyond mere nationalisms and a major redistribution of wealth at all levels of all societies that only violence would have meaning or educational value:


"Violence can thus be understood to be the perfect mediation. The colonized man liberates himself in and through violence. The praxis enlightens the militant because it shows him the means and the end."


I was in contact with a group of political scientists, international affairs experts and economists who began to follow the Persian Gulf region in 2000. Few of us had specialized in this area, but the disputed election of GW Bush, the behavior of Al Gore and the rising importance of the Taliban in Afghanistan and Al Qaeda everywhere drew our attention – it was like we were in a trance and couldn’t stop to question our fixation. Most of us were watching the television on the morning of September 11, 2001 – though none of us usually watch television – especially in the morning.

We were not surprised by the attacks, most people in the know had been expecting something that spectacular for several years. We weren’t surprised by the grief or saber rattling or the celebrations in Palestine. We were surprised that people and headlines declared “Why do they hate us.” And the silence of the next few days was strange and unprecedented – kind of like when JFK or Martin Luther King were assassinated.

We were surprised at how frightened the government seemed to be – but maybe that was the anthrax and the possibility that a faction on the right wing was interested in more chaos – a power grab. But the idea that most of the US citizens did not know that they and their country (empire) were generally and widely hated all across the planet, that enlightened view we had never learned. I always thought that Americans just didn’t care about what the rest of the world thought about their behavior - or else I figured that Americans counted on a few surplus handouts and a few military coups to keep the poor and the foreigner at bay. Vietnam and the huge numbers of US troops and nuclear weapons in Europe and Japan had created near majority hate for the US back in 1973.


And soon we had George Bush senior the head of the CIA and then with Reagan threatening to fight a nuclear war with the Soviet Union. In 1983 over 70 percent of the people in Europe and Japan were opposed to US foreign policies and most of the world thought the US was the greatest threat to world peace. (Poll: ) Within a year of GW Bush’s presidency most of the world thought the US deserved September 11.


We weren’t sure what to do in a country where most of the people think that their government is helping the world, but where most of the world disagrees. So we went back to our activism, economic analysis or environmental work only to find that donations, volunteering and radicalism were no longer common or acceptable. Much energy went into the Iraq War protests and there was real potential happening for a brief few months. But without an experienced organization, consensus on an alternative socio-economic program to capitalism or the willingness of millions to get arrested or beaten, the peace movement never had a chance.


Soon most activism – even anti-globalization - in the US had died away – AND almost unnoticed (by 2004 the death of politics and activism was complete, though it was probably obsolete as early as 1980!). Our group of writers and teachers drifted apart, but a few of us were determined to participate in the energy spreading around the world in Latin America, the Middle East and in the streets of France and Germany. We visited and worked briefly with the Bolivarian Revolution of Hugo Chavez and Evo Morales. We tried to get articles published in a number of venues about the need to challenge US policies: The Drug Wars and US manipulations against grassroots democracy in the South.


Then while working on an article about what went wrong with activism in the US, I looked back over some global polling on attitudes toward the US and I realized that we had to tell people (again!) that the world is very unhappy with Bush, with US policies, with American arrogance and even Americans personally – and not just the “ugly” ones.


The polling done by Pew, the BBC and Zogby – are really shocking. The closer you look the more incredible – from an American perspective – are the results. If most Americans knew what these polls mean then they would hate the world back! Favorable impressions of the US declined from 40 percent (Nigeria, Russia, Spain) and 60 to 70 percent (France, Germany, Italy, Brazil, South Korea Indonesia) in 1999 to percentages of 30 or much less in many parts of the world during 2003-2004. By 2006 most of the world feared the US would invade them, create world war or use lies and wars to seize oil supplies.


We believe that the polls are just beginning to measure the true hostility of the world to the US. Many people are only now learning that the things that they thought they liked about the US (Democracy, foreign aid, pop culture) are lies or destructive. Also the US is a kind of symbol for faith in progress, technology and freedom, and so people can’t bring themselves easily to condemn all things about the US – even though they can’t really justify most of them in light of the negatives that they feel. As the Iraq war drags on and more reports of US prisoner abuse and torture are uncovered (not to mention a long history of death squad and torture training provided by the US), the world is likely to hate the US much more deeply and openly.


If we can deliver the significance of the world’s anger to the American public then perhaps they will make the right choices about whether to support either of their political parties when they both support policies that are so hated and feared.


So we are producing a two-part, three hour film about Why A World Hates the United States of America.


We will spend some time showing how much they hate the US and the West. In Jordan, Indonesia, Pakistan. Nigeria, Turkey, Palestine, Morocco, Kuwait and many other Arab or Islamic countries the people have much more confidence in Bin Laden and Al Qaeda to do the right thing than GW Bush or any American (the global total supporting Bin Laden is probably near to one billion) . In several countries support for Bin Laden is more than 50 percent, similar findings show that majorities of people support suicide bombings. If not for US disinformation, fear of responding to polls and sectarian/nationalist divisions support would be much higher.


The hate for US policies and American people grows largely out of a deep seated and unshakeable fear – fear of attack and domination. Even some of the USA’s closest allies like Kuwait or Indonesia fear that the USA will attack them. They fear the US crusader military – funded by over half of the world’s total military spending – a military that has committed atrocities in nearly every war it has fought.

The world and the poor fear the money and the power of the West, which are often as devastating and dangerous as the military. They fear the institutionalized hypocrisy embedded within Liberal ideas and the “American Way of Life” – for they have seen countries that trade with the USA loose their culture and values and become like the USA. They fear the leaders of the USA who must seem like Gods – able to see all things (satellites, unmanned drones, spy cameras, email trakers and secret high-tech agencies) and yet these leaders can lie at will and claim they did not k now this or that important factor.

Can anything be done to stop this hate from consuming the West and this world? Watch the video and get involved now. If the people of the US do not stop their government’s policies and make peace (surrender?) then the world’s hate will grow, and grow…