Naming the Dead, Mass Civil Disobedience Against the Occupation of Iraq took place in Parliament Square and Whitehall, London on 2 April, 2006. Photographs of the event. 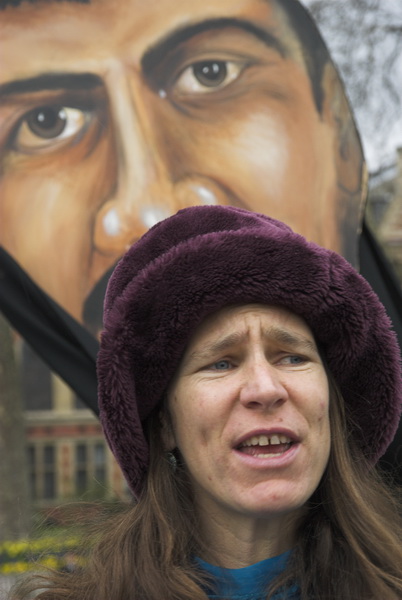 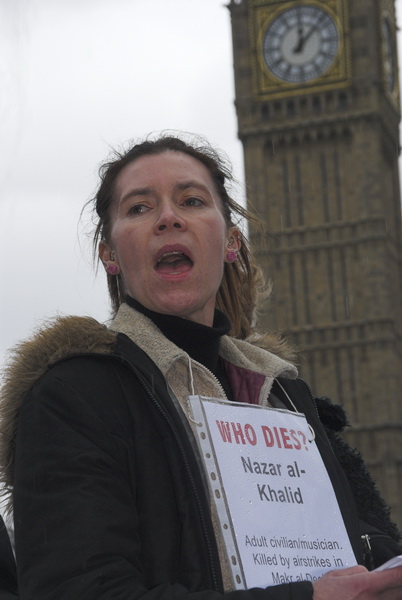 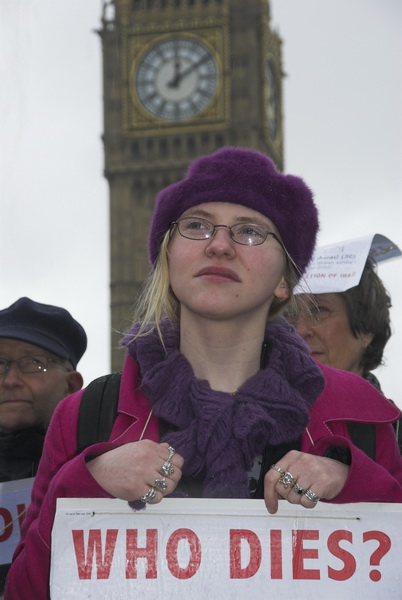 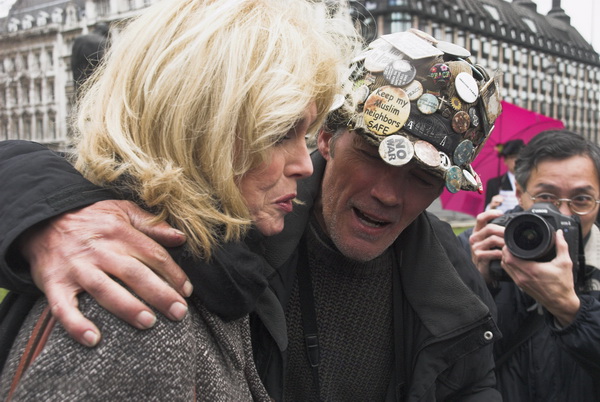 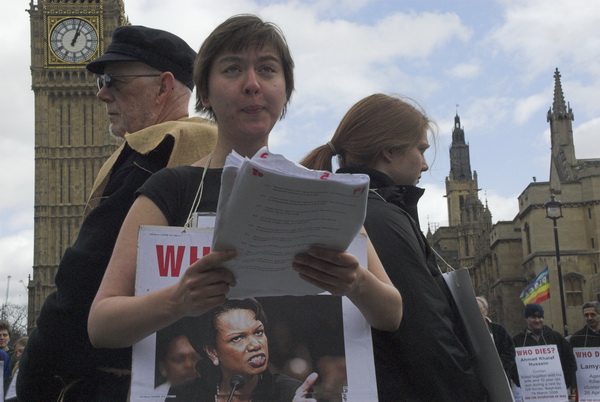 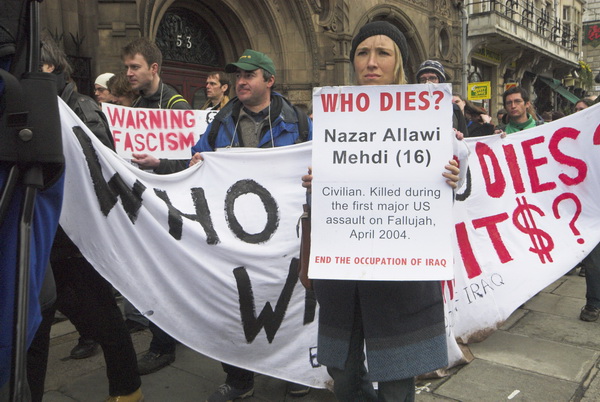 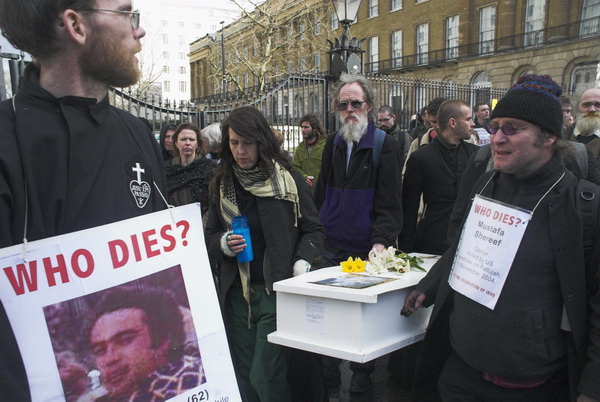 The circle formed in the middle of the grass on Parliament Square at noon, and after a short introduction, groups of 3, many wearing black, volunteered to come and read a page of the list of names and descriptions of 1000 Iraqis killed. At least 572 civilians, including over 300 women were killed during the first major US assault on Fallujah in April 2004.

The ceremony continued through occasional driving rain, and was enlivened by the wanderings of a number of giant puppets representing Iraqi citizens. When I took a rough head count there were roughly 300 people present, though many went before the end.

The police largely stood around the perimeter of the area, with a small group closer taking notes, while a police photographer with a very long lens took pictures. Otherwise they did little, although one person carrying a placard with the words "Not Aloud" was apparently cautioned, and another, possibly not connected with the event was also questioned. Of course, others may be the subject of later proceedings from the evidence taken on the day.

There was also a short play about Fallujah and the lies told by the military, and various testimonies from eye-witnesses were read. There was a good attendance by photographers and journalists and at least one TV crew.

Around 4 pm, the remaining demonstrators marched up Whitehall behind a coffin to opposite Downing St, where a short ceremony with reading took place. The police seemed to have decided to ignore this illegal march, and had not put in a presence by the time I left a few minutes later.