This is a 1,000 word letter to pro-war journalist David Aaronovitch with a number of links about the invasion and occupation of Iraq and the continuing scandal of Guantanamo Bay. The impending attack on Iran is also dealt with. 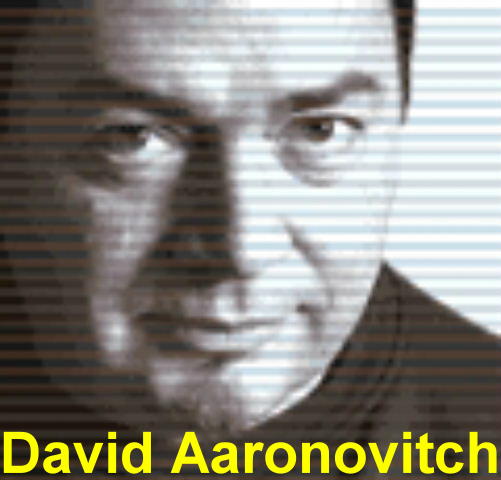 I am writing to you on the subject of Iraq. Iraq is a country, which has suffered greatly over the last 16 years. Firstly they were subjected to 88,500 tons of bombs in the first gulf war – the equivalent of seven Hiroshima bombs, then they were subjected to 13 years of brutal sanctions and then in 2003 they were blasted with 30,000 bombs and missiles and invaded and occupied. The invasion was supposed to be `liberation` after the original excuse for invasion i.e. the weapons of mass destruction was proved false. It is surely a matter of great concern that some three years after the invasion basic services such as water and electricity have still not been restored.

I remember you speaking on the Radio 4 programme `Any Questions` just before the second assault on Fallujah in November 2004 when you described the coming operation as a `grim necessity`. Given that so many people died horrible deaths do you still hold the same views? I was in the Middle East last year and when I was in Amman, Jordan I met some Iraqi refugees from Fallujah including a little boy who had lost an eye and whose pregnant mother had lost her baby as a result of the ferocious American attack. I wrote a piece about it for Indymedia and here it is:

The attack on Iraq was, I believe, totally unnecessary, completely illegal and morally bankrupt. We were told a pack of lies about Iraq’s supposed WMDs, which no knowledgeable person could have believed. Iraq, after all, had no navy, no air force and only a badly equipped army. Its missiles could barely reach its own borders from the capital Baghdad. Former UNSCOM inspector Scott Ritter asserted that during the 7 and half-year inspection regime some 90–95% of Iraq’s weapons were destroyed. How could anyone have believed that it posed a serious threat?

The situation now in Iraq is dreadful with no security; car bombs killing dozens of people every day and basic services like electricity and water not restored some three years after the invasion. Fraudulent contractors have embezzled vast amounts of money meant for the reconstruction of Iraq. I refer you to the Channel 4 programme `Iraq’s missing billions` broadcast on March 20th 2006:

A `File on Four` programme from January 2005 illustrated how vast amounts of Iraq’s oil revenues could not be accounted for:

The Abu Ghraib scandal was an abomination and had to forced on the media by veteran investigative reporter Seymour Hersh in much the same way that the My Lai atrocity was broken by the same reporter after being turned down by over 40 newspapers and magazines. The human rights situation seems as bad as it was under Saddam:

and from `Muslim wake up`:

How many people have died in Iraq since the invasion in 2003? Estimates vary from the 38,000 quoted by the Iraqi Body Count:
(

http://www.iraqbodycount.net/)
to well over 100,000 as estimated by the Lancet study:

http://vitw.org/cat/lancet-study/
– Remember the Lancet study is now 18 months old. The true figure is likely to be well into six figures and is rising steadily all the time. As the Iraqi people say, `The Oil is our curse`.


Where does Iraq go from here? Occupation is not liberation, why have basic services not been restored after 3 years when after the first gulf war the electricity was fixed in 3 months? The only things the American occupying forces seem to be interested in building are permanent military bases and more prisons:


I saw you on `Newsnight Revue` on Friday March 3rd when you disputed the accuracy of the Channel Four drama documentary `Road to Guantanamo` which was shown on March 9th:

http://www.channel4.com/film/newsfeatures/new_news_story.jsp?xid=A8281171140527771A00
You seemed particularly concerned as to why the British detainees were in Afghanistan. The question could be asked what is the occupation doing in Afghanistan and indeed in Iraq?

http://www.mpacuk.org/content/view/1440/33/
I attended a talk by Moazzam Begg in Edinburgh on March 16th who was detained in Guantanamo bay for two years – I asked him what he thought of the film and he said that he had watched it several times and felt it was a realistic reconstruction of the events.

Whither now the `war on terror`? As Michael Moore has pointed out you cannot have war on terror, as terror is a noun, or as Gore Vidal has more correctly stated terror is an abstract noun.
It seems as if Iran is to be `next` with all the ghastly consequences that a possible nuclear strike could entail. Seymour Hersh has stated recently that the Pentagon is planning a massive strike on Iran later this year.

Such an attack could mean the end of the Middle East according to veteran journalist Felicity Arbuthnot who has wide experience of the area. It could easily escalate into a very ugly conflict with many deaths and large-scale destruction.
The use of nuclear weapons against a non-nuclear state is a very dangerous precedent and seems insane even by the standards of the neo crazies in Washington. Even Bing West (the author of `No true glory` about the US attack on Fallujah) who is more right wing than John Wayne and Ronald Reagan combined is against the idea. When I e-mailed him and asked him what he thought of the idea of an attack on Iran he replied that he thought the idea of such a venture was `nutty`.


I hope this letter finds you well and would welcome any comments you might have on the continuing occupation on Iraq and the possibility of an attack on Iran,