The Vanunu Freedom Ride from Faslane to Oxford arrived in Oxford on Wednesday 21st April. 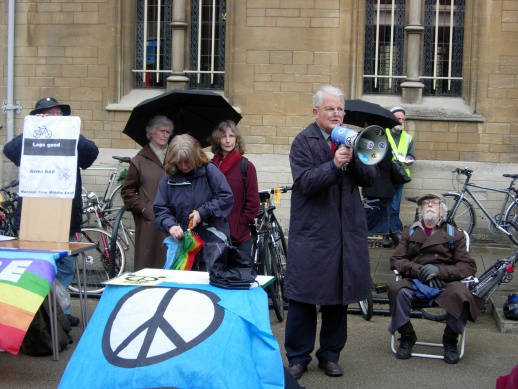 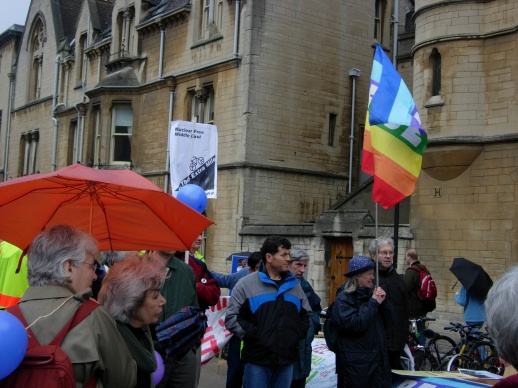 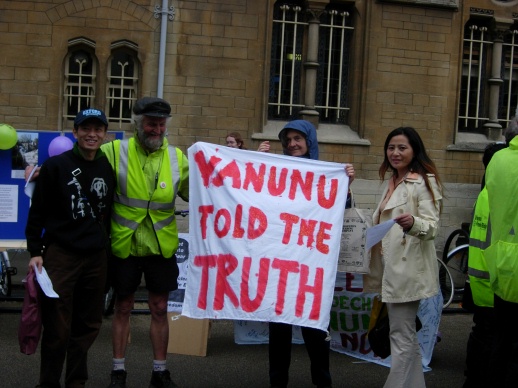 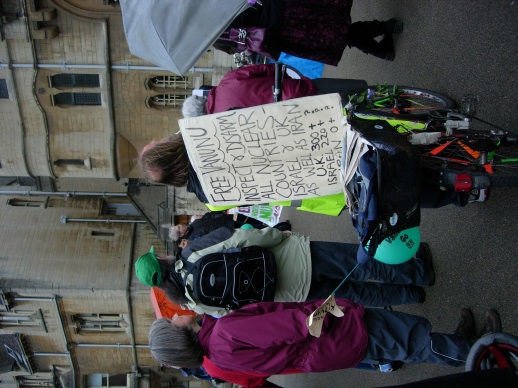 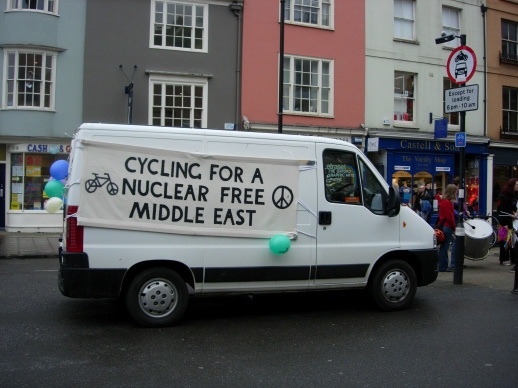 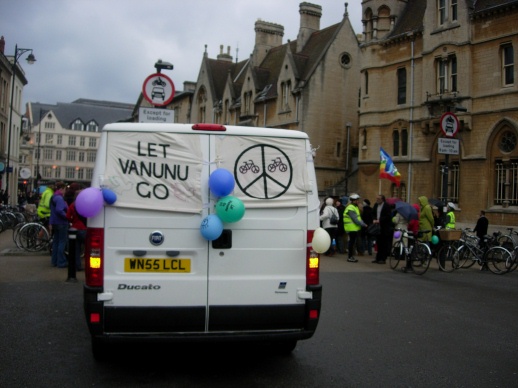 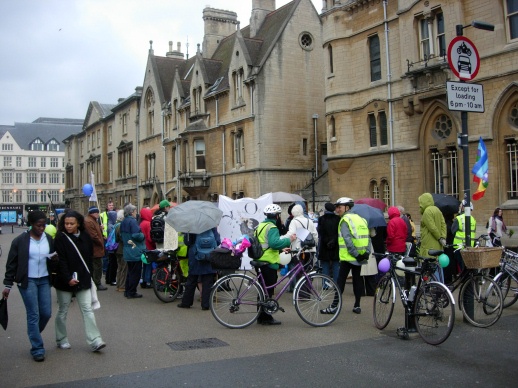 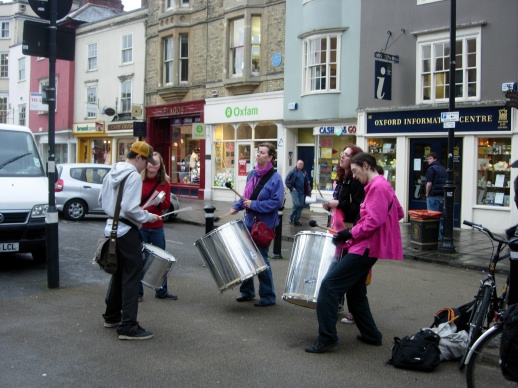 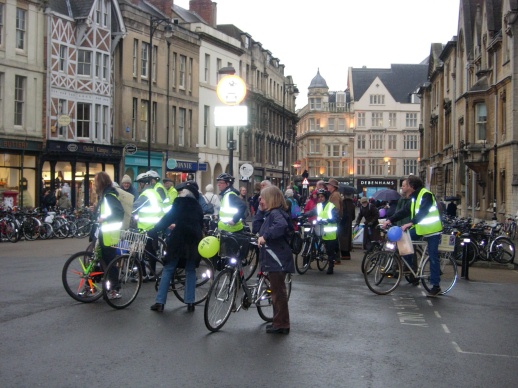 The cyclists had been cycling for nearly 2 weeks (with only one “rest” day) by the time they got to Oxford, and were really appreciative of the events that were organised. Thanks to everyone who helped make the Oxford events such a success. They started with a rally in Broad Street which was very well attended (despite the weather), with people coming from as far away as Faringdon and Cirencester. The speakers included Bruce Kent, and a message was given from Mordechai. Bruce and Kam Datta, one of the organisers and participant in the Ride, were interviewed on BBC Radio Oxford on the Bill Heine show. Freedom Ride and Oxford cyclists followed the Freedom Ride van, festooned with banners and “let Vanunu go” balloons round Central Oxford, ( sent off and welcomed back in style by the Salsa Band) The evening event at the Quaker Centre included excellent food, two video interviews with Mordechai filmed by Oxford supporters, some rousing songs by the Seagreen singers, and was ended with an update on Mordechai by Ernest Roedker.
So Mordechai remains in Jerusalem, with his restrictions recently renewed for yet another year, and the next stage of his trial due in May, but the cyclists have done an excellent job of keeping his situation in the public eye, and we all need to continue to do the same over the coming year.

Message from Mordechai (to an Oxford PSC member:
Thank you for writing and for be involve in the campaign in Oxford. It was good to meet you. we will meet some day soon in oxford, all the best.
My message.
The Middle East is now moving towards a Nuclear weapons race, conflict, with Iran moving to do what Israel produced in the last 40 years. I did my best 20 years ago, to prevent this situation of future Nuclear weapons war in the Middle East. The best solution for the Middle East would be if it were free from all Nuclear weapons. I am asking all European Governments to act, to support the end of Nuclear weapons in all of the Middle East, and also to help me to achieve my total freedom.
The only solution for the conflict here in the M E is by Israel accepting and respecting all human beings here, Palestinians, Jews, Arabs, Muslims, Christians.
***
I am thanking all my friends and supporters in all the world for all the support they gave me in prison and now. I hope the Israeli Government will respect my human rights, and let me leave. I will be happy to celebrate soon with all my friends in London.
Best regards, V.M.J.C.


Message (from Mordechai’s e-mails)
Stone walls do not a prison make,
Nor iron bars a cage;
Minds innocent and quiet take
That for an hermitage;
If I have freedom in my love,
And in my soul am free,
Angels alone that soar above
Enjoy such liberty.
Richard Lovelace 1618 - 1657

Small correction from one of the drummers: we're a SAMBA band, not a SALSA band.

(And for anyone interested, we're called Breach of the Peace, we practice at
South Oxford Community Centre, Lake Street, off Abingdon Rd, every Friday 6pm-8pm
and anyone is welcome to come along :-)