Workers Memorial Day was marked in London by a demonstration, march and rally organised by the Construction Safety Campaign. Over a quarter of all workplace deaths are in construction. 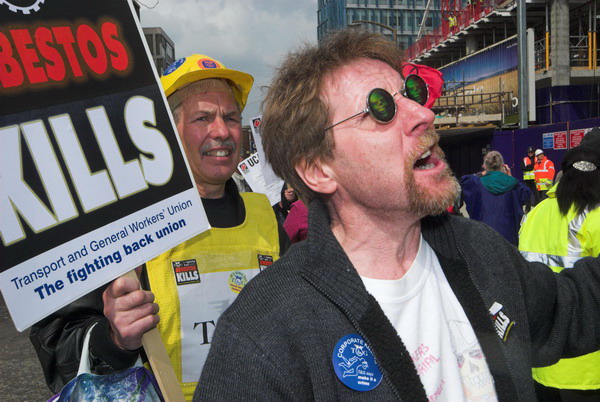 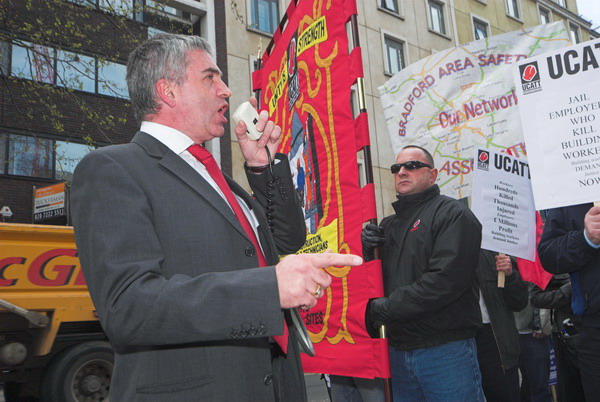 Outside a building site in Southwark 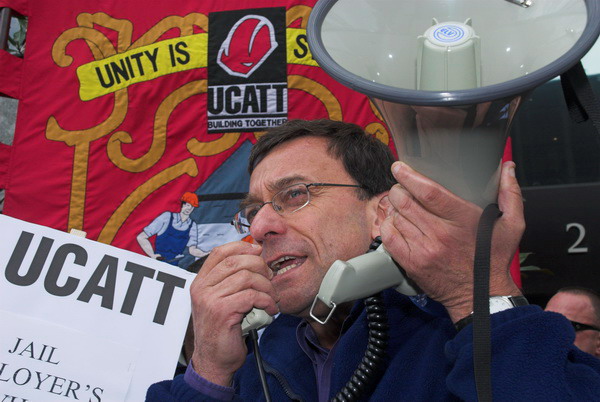 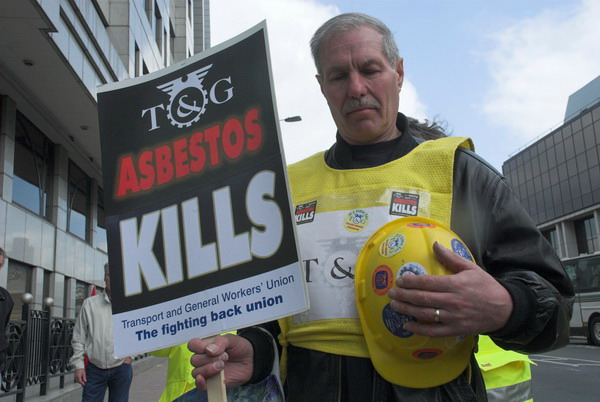 A short silence outside the HSE 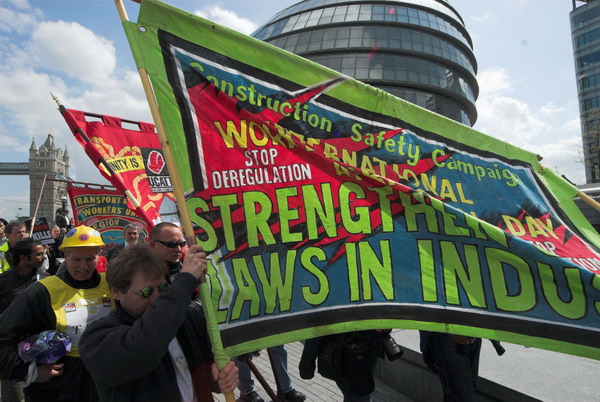 Workers Memorial Day is observed around the world on 28 April to commemorate those people who have been killed at work. Most accidents at work result from employers giving profits a higher priority than the safety of their workers; the great majority would not happen if proper precedures were taken to reduce or eliminate hazards at work.

The memorial day is to "remember the dead: fight for the living". The Construction Safety Campaign organised a morning of events starting at Canada House to protest at canada's continued promotion of the killer mineral asbestos. I joined them for the main event, a march starting by Tate Modern, first to the offices of the HSE at Rose Court on Southwark Bridge Road, where there were short speeches, and then along to the Greater London Authority offices beside Tower Bridge where there was a rally.

The march route led past several large construction sites, where speakers urged workers to join in the demonstration. Some came out and joined the marchers in a minutes silence remembering victims killed at work, removing their hard hats, though most just stopped work to watch, looking down from the tops of buildings.

Speakers at the GLA 'Scoop' included Tony O'Brien of the CSC, and representatives of the Union of Construction, Allied Trades and Technicians (UCATT) and Transport and General Workers Union(TGWU). Ken was abroad, but Joanne McCartney, Chair of the GLA Health and Public Services Committee came. She said that the authority wanted the 2012 Olympics to be an opportunity to promote workplace safety, with contractors being obliged to have proper safety committees and cooperating with the unions. MP Jeremy Corbyn also spoke well, although it was perhaps surprising that no other politicians came to address the meeting.