On 29th April a contingent from Tyneside Community Action for Refugees (TCAR) joined the annual Tyneside march for International Workers Day. Their demand was simply the right to legal work itself. 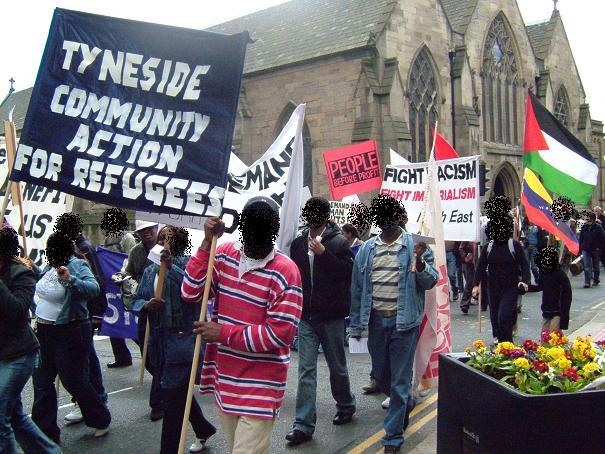 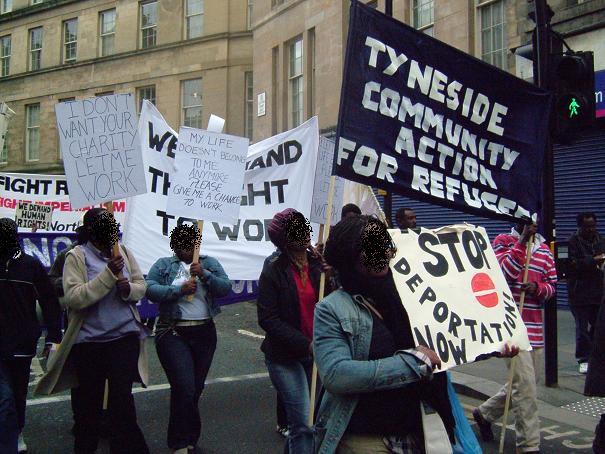 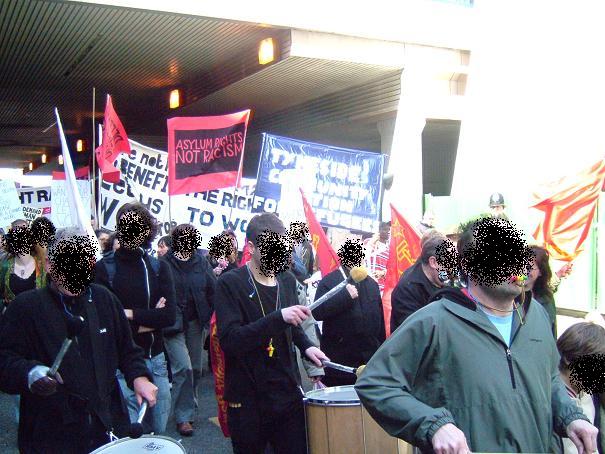 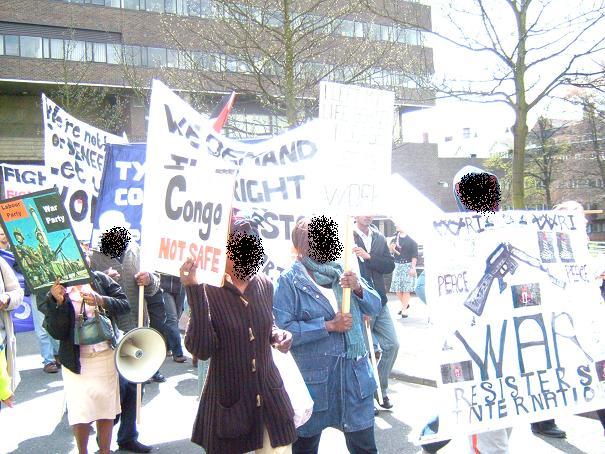 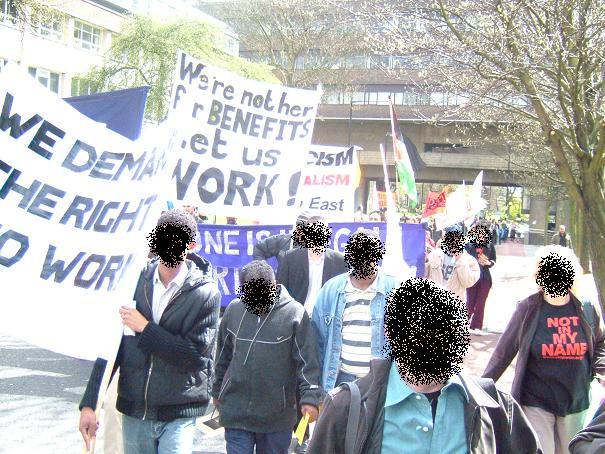 With banners, leaflets and lively chants TCAR activists made sure that nobody could forget the fact that asylum seekers are workers too, but many are refused the right to legal work.

There was a warm response from others on the march, and generous donations were made to support the work of TCAR. Unfortunately this was marred by one of the Communist Party of Britain organisers from the 'May Day Committee', who despite previously agreeing to allow a TCAR speaker on the platform, tried to prevent it at the last minute. He justified this by saying that a TCAR speaker had been called for earlier without a response, and now it was apparently impossible to change the schedule. This was despite the fact that the programme was running ahead of schedule, and that somehow none of the TCAR members present had heard this apparent earlier call. When discussions between this organiser and a group including a wide range of asylum seekers, communists, anarchists, trade unionists and other activists failed to move him, the TCAR speaker from Zimbabwe took to the stage anyway, and received major support from the crowd. This showed that many present had a more genuine commitment to internationalism than one of the organisers of this International Workers Day event!

TCAR is also engaged in work organising together with the local community to defend against persistent racist attacks on an estate in the West End of Newcastle, and to fight for decent and safe housing for all. If you're in the North East, TCAR needs your support, get involved!

TCAR meets every Wednesday at 7pm, downstairs in the Amnesty bookshop at the bottom of Westgate Road (near the big gold clock), open to all. The next monthly general meeting is on Wednesday 24th May. Pickets of North Shields Reporting Centre take place every other Wednesday. Contact TCAR for details.

keep the pressure up!
heard today that hungerstrikes in detention are going on. home office failed to meet asylum seekers as promised now the media spotlight is off and so people are deciding to continue to hungerstrike. the immigration system has to be dragged into the light. now its one of those rare times where demos actually mean something, the hungerstrike at colnbrook started during the demo outside, the uprising of resistance spread to other detention centres. the mainstream media might have lost interest now the home office have said its over, but if we keep the pressure up, we keep up the support for people inside and it means a lot.
the right to work, the right to stay outside of detention, not be tagged, not be stripped and beaten unconsious for talking to the press, the right to stay with your family..
great that you got the demo together.
would be good if we could get manchester (where i am) and other cities into a huge show of strength... i have these dreams sometimes :)
take care
heather

Tyneside Community Action for Refugees (TCAR) has called for a National Day of Action in solidarity with Asylum Seekers throughout Britain. Events will be taking place in Newcastle, Manchester, Birmingham, London and Glasgow.

To find out more, visit: