Mayday march and rally in Edinburgh

The traditional Mayday march and rally took place this Saturday in Edinburgh. Several hundred of people marched in sunshine and enjoyed the social event afterwards at the Meadows.
The event was well organised and grassroot non-party political groups were welcome, too.

rally and social event at the meadows 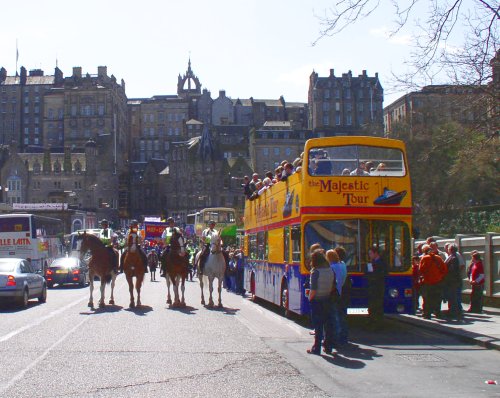 start of the demo, Waverly Station 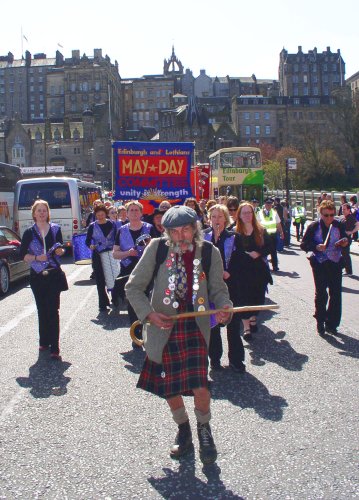 Women's Samba Band at the start of demo 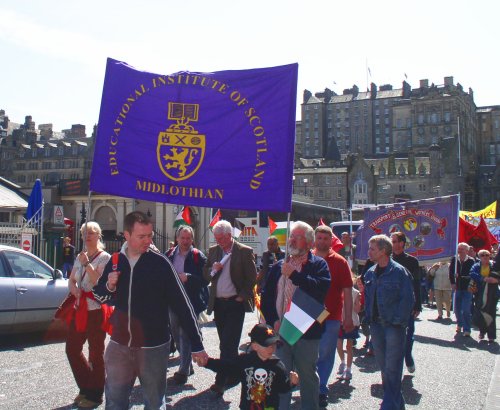 Banner of the Educational Institute 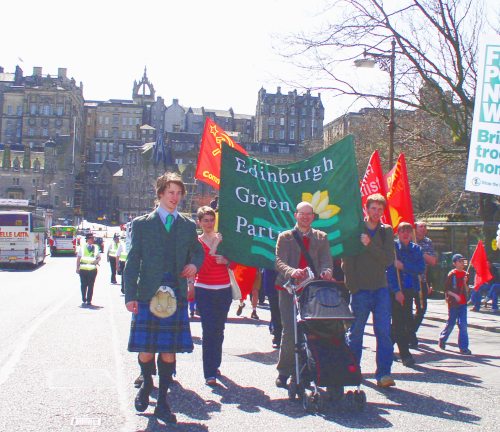 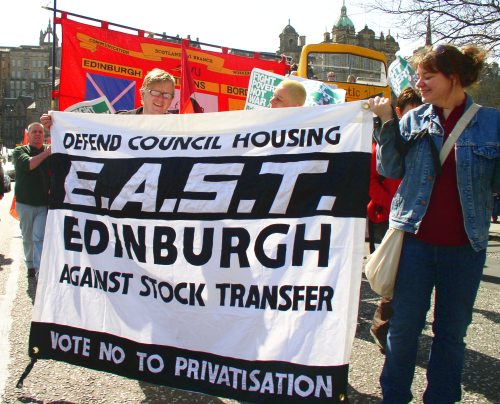 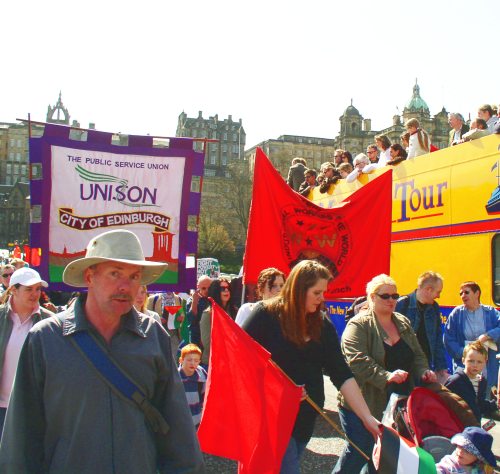 Industrial Workers of the World 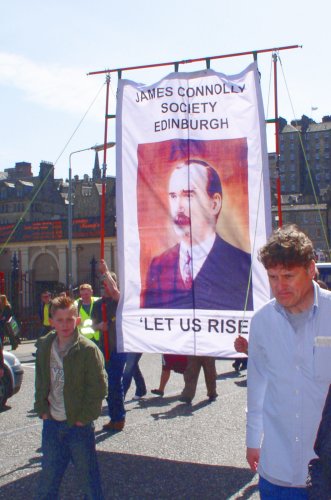 suppose it is SSP leader and MSP Colin Fox in picture, too 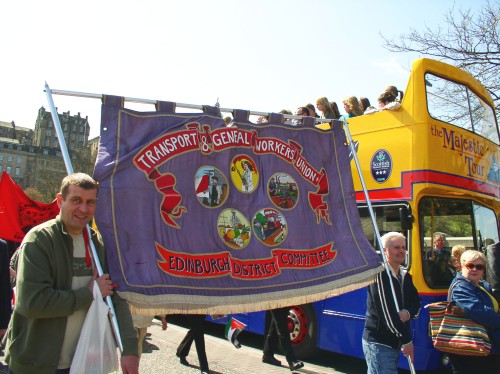 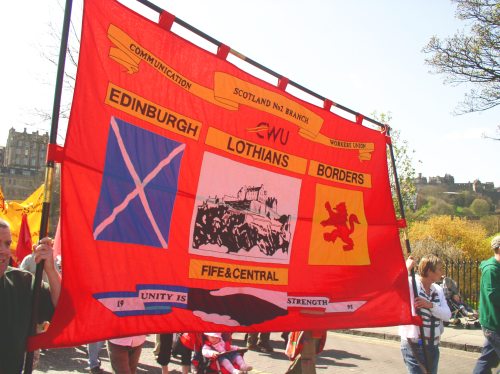 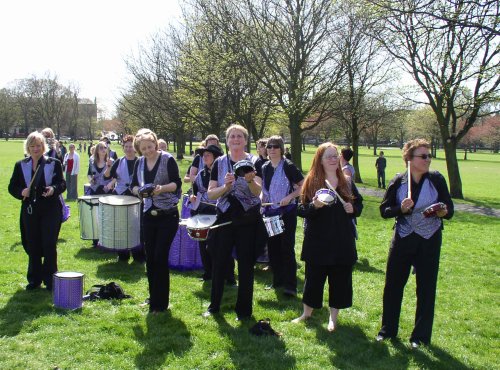 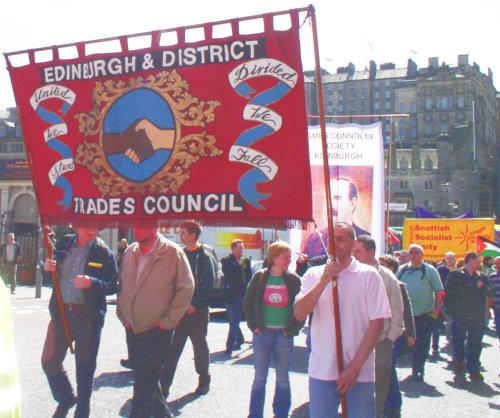 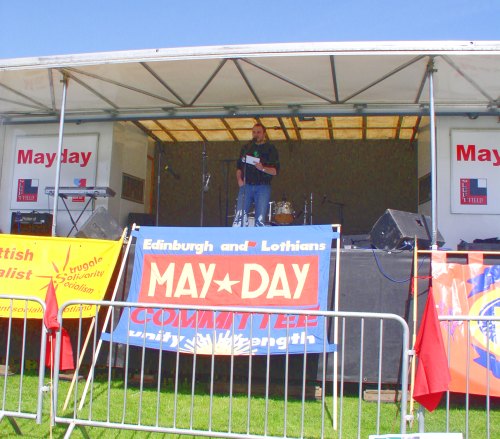 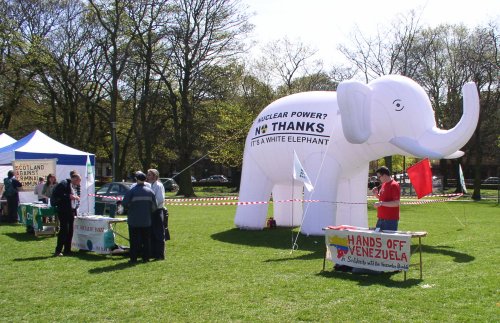 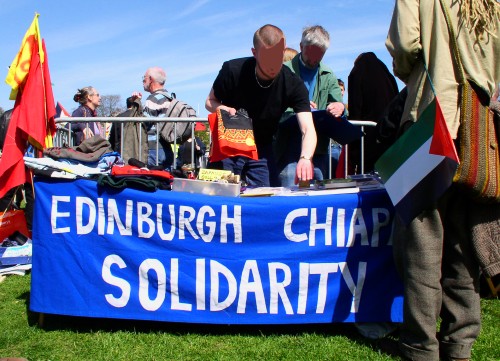 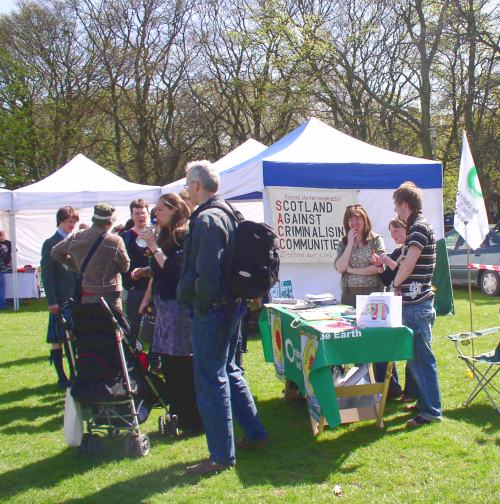 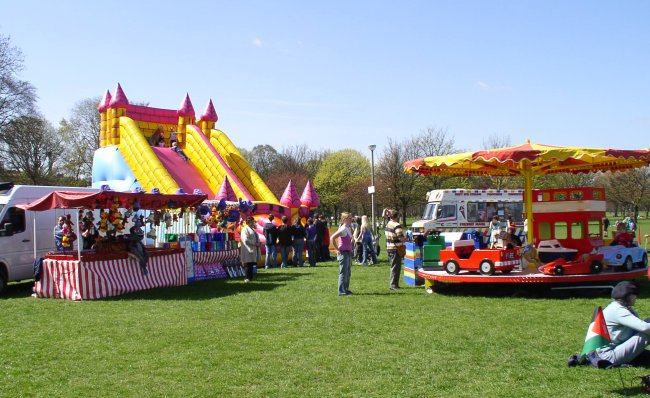 lots of entertainment for the kids 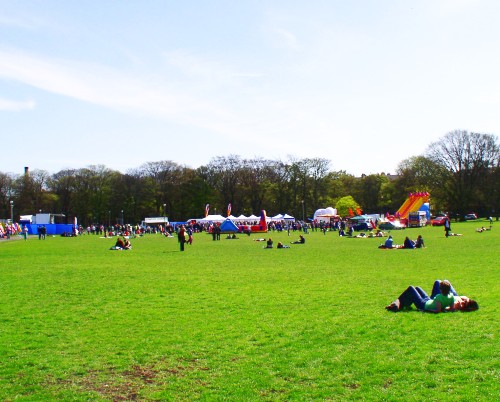 fun time on a saturday afternoon 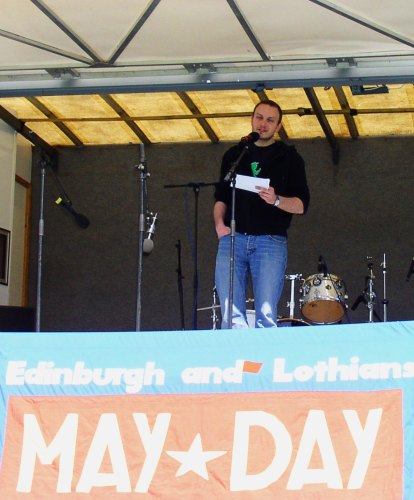 It was a good enjoyable event, although the politics seemed not that obvious.
The rally included Colin Fox, who I personally regarded as a more favourable and sympathetic speaker than Thommy Sheridan, although the lack of facts, theory, history and background research in his speech was as sad as the previous SSP party leader's.
The Workers Beer Company had a stall. There was also lots of entertainment for the kids on offer. Protest in Harmony and the Women's Samba Band entertained the crowd, most of whom enjoyed the sun and chilled out in the meadows or were catching up with friends and political allies. Other stalls included Scotland against Criminalising Communities, Stop the War, SSP, IWW, Friends of the Earth, Scottish Green Party, various book stalls, Edinburgh Chiapas Solidarity Campaign, Hands off Venezuela, and more.

Rose Gentle also addressed the rally.
However, Raphael Giromini, a student protester from Paris, France, delivered a well prepared, inspirational, factual and informative talk about the latest successfull student protests against the CPE and stressed the key to their success was the alliance with workers and self-organisation, as well as forcefull road blockades. He called for solidarity regarding the students and protesters still imprisoned because of their political activities during the strikes.

The Forest Arts and Events Space featured the film screenings of the Camcorder Guerillas videos "Dear Mrs Blair", "Dungavel, Monster of the Glen" as well as one of Pilton Video's films.