May Day march in Manchester 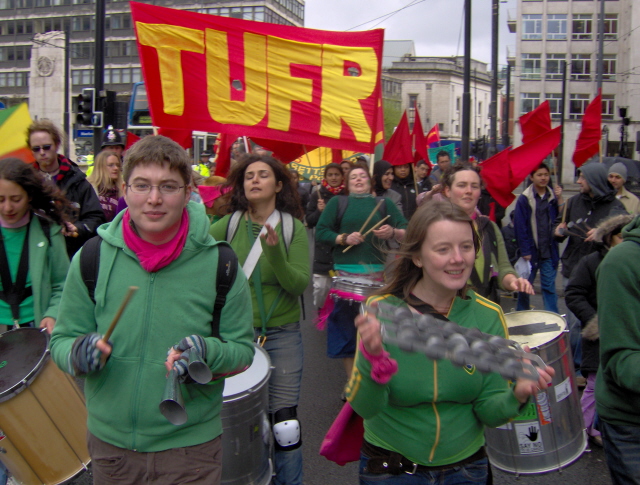 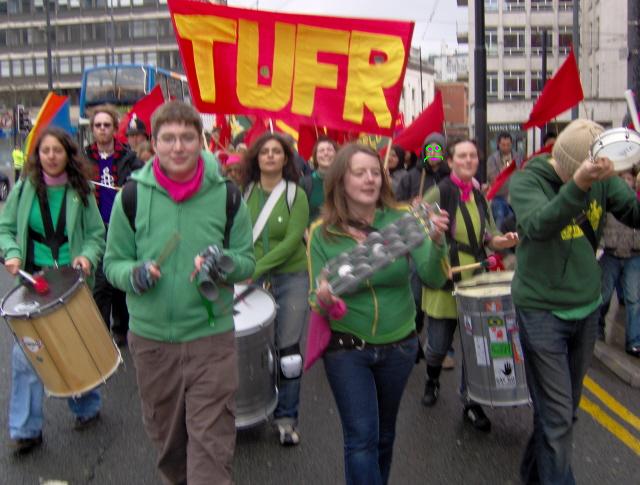 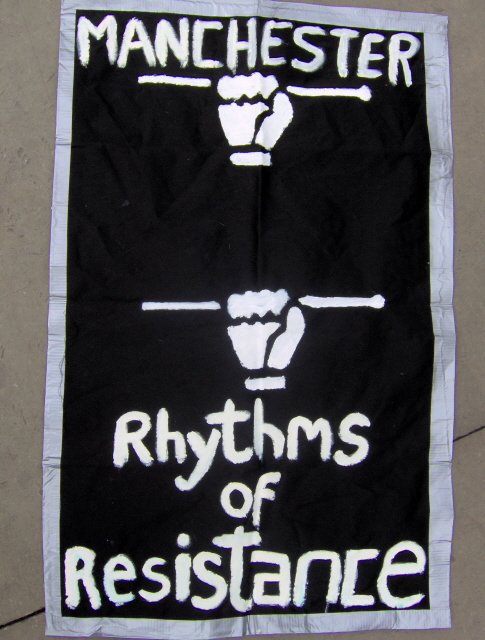 Rhythms of Resistance Manchester and their friends led the May Day march in support of asylum seekers and refugees and to celebrate workers’ day. Despite the typical Manchester weather of rain the sounds of samba created a carnival atmosphere fusing once again politics and music. The samba rhythms combined chants like “workers' rights” “human rights” and “equal pay”; with frivolity, the drummers told off McDonalds, Starbucks and Sainsbury’s by combining a “bad shop” chant with their samba rhythm.

The march was organised by the Trade Unions For Refugees and supported by Manchester Trades Union Council. Other groups and individuals were present