Pictures and text on the May Day March in London, 2006. 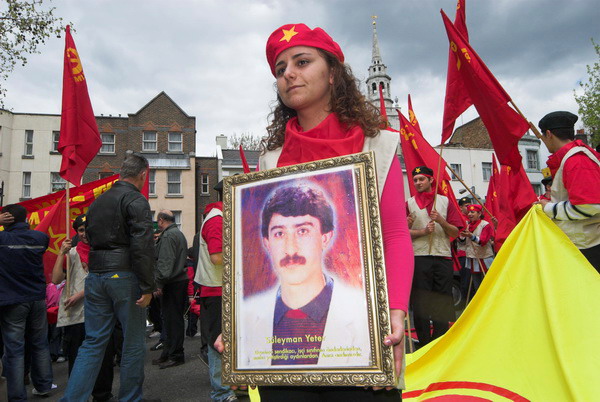 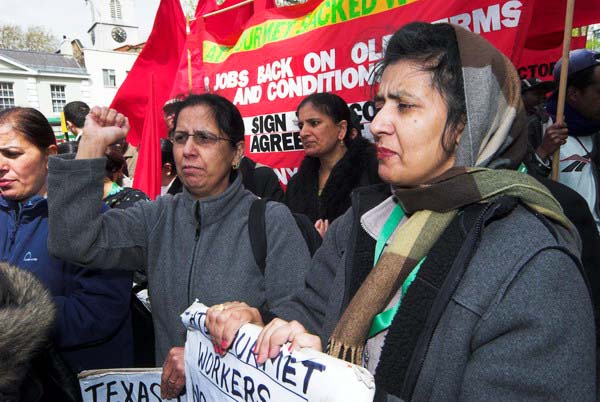 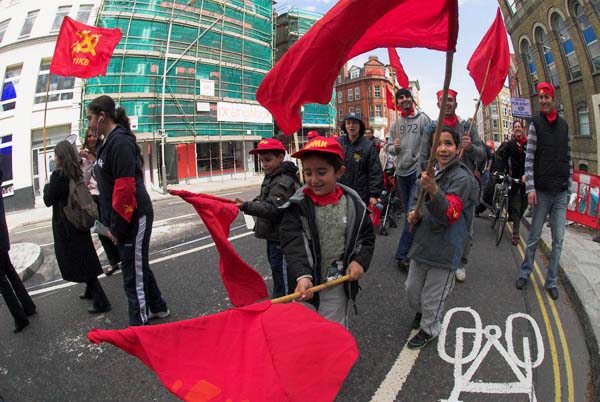 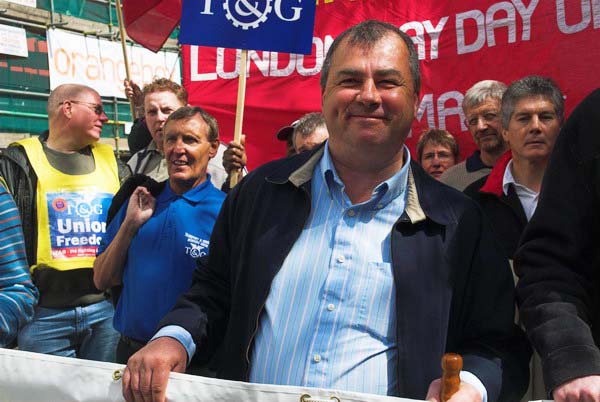 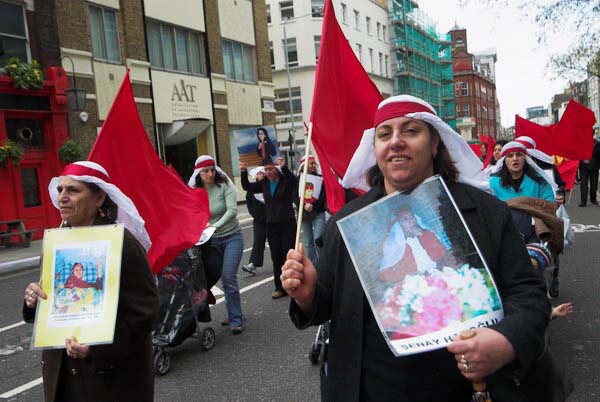 The annual May Day march in London seemed larger than in some previous years. There seemed a few more trade unions there, with particularly strong support from the RMT, but many others also, including my own (and there were many members covering the event as well.)

As usual, the most colourful aspect of the march was provided by the various Turkish communist parties, with their lively youth wings. There were also some powerful reminders of the repression in Turkey in the portraits of some of those who have died in terrorist actions or death fasts.

Movements in a number of other countries were also represented, including Iraq, Iran and Sri Lanka. Also taking part was the African Liberation Support Campaign Network.

Among UK issues in the march were Gate Gourmet strikers marching behind their banner. They were chanting "Tony Woodley - out out!" and denouncing the attempts of the TGWU to force them to sign the compromise agreement which waives their rights to further work or legal redress. There were demands to keep Remploy factories open and also protests over the Dexion and Samuel Jones pension outrages.

More or less bringing up the rear of the march was the large autonomous anti-capitalist group, attended by around ten times as many police as the rest of the event. I'll post a separate report dealing with this.

The march continued on its way to Trafalgar Square, where people stood around mainly looking pretty bored. I didn't catch much of the speeches but if what I heard was typical I could understand why.

As usual, more pictures shortly on 'My London Diary' website.