Between 500 and 1000 people marched at the back of the London May Day march in an 'Autonomous Bloc' behind an anti-capitalist banner from The Square Occupied Social Centre. Report with pictures. 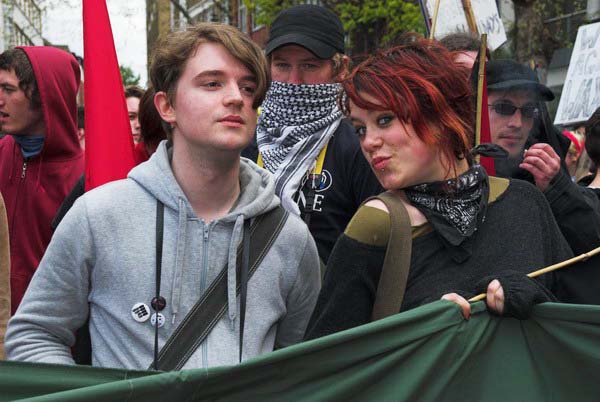 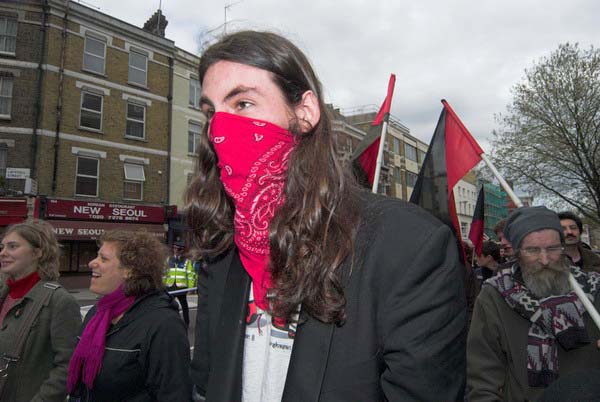 On the march in Clerkenwell 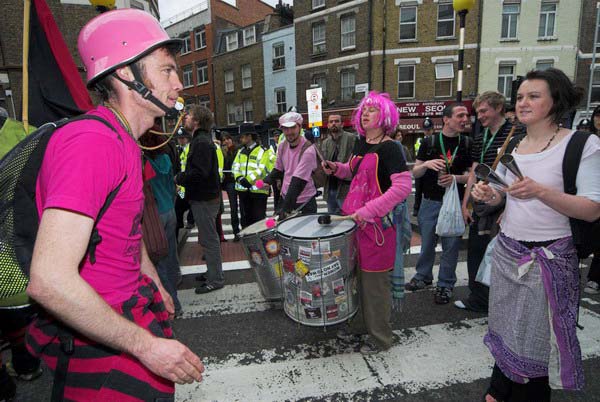 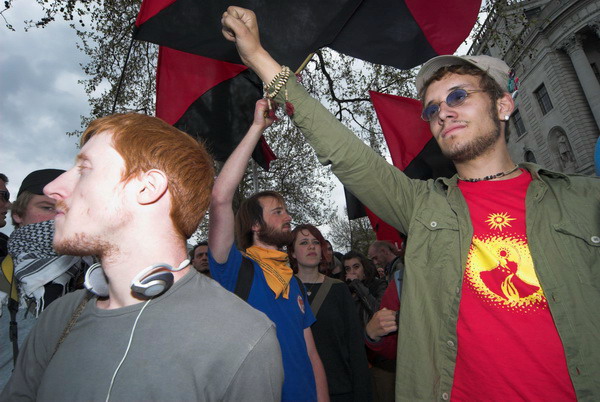 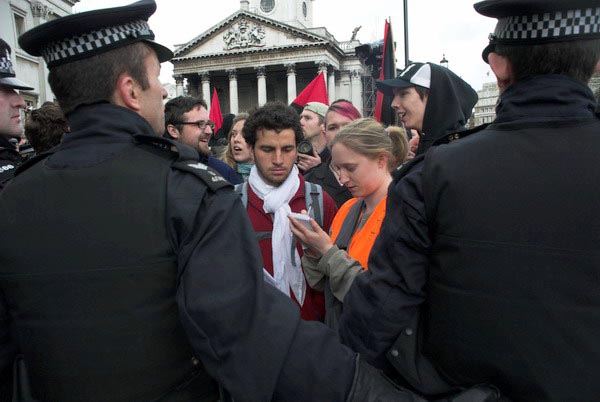 In contrast to the relatively low-profile police presence for the rest of the event, they were flanked on both sides by a line of uniformed police.

Many of the marchers in this section wore scarves covering the lower half of their faces, and some carried anarchist flags. Leading the block were a number of bicycles, and a pedal powered sound system.

Although the overall effect certainly galvanised the police, there was perhaps a lack of much attempt to communicate with the public; billed as a protest against precarity, there seemed little to indicate this, with few placards, banners or leaflets.

The police moved in and removed the sound system as the bloc reached Trafalgar Square and prevented the marchers from entering the square as a group, although many of them simply walked around the line of police. After a few short speeches over a megaphone, the remaining small group moved up the east side of the square to the National Gallery, where again there were a couple of short speeches, before the group was surrounded by police.

It wasn't a tight cordon, and police allowed individuals - myself included - to walk out, though some were refused for a few minutes. Their aim appeared to be simply to stop any movement as a group. I saw a couple of small scuffles, but the police were generally very restrained.

As usual, more pictures shortly on 'My London Diary' website.