On May 1, an anti-war demonstration (including "street theatre") was held at the British Consulate in Nicaragua. The demonstrators denounced British participation in the invasion and occupation of Iraq as an active partner with the U.S. government. 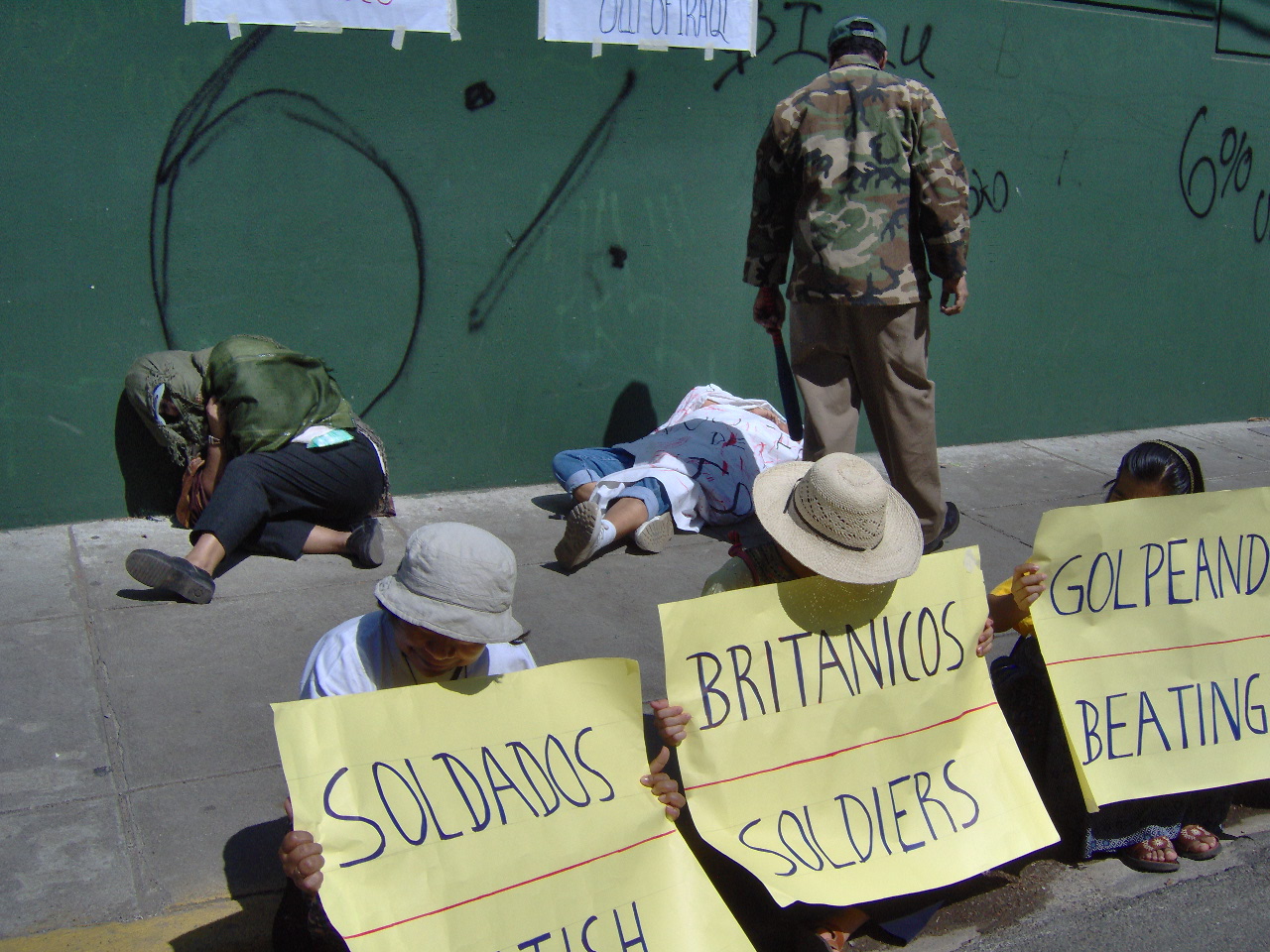 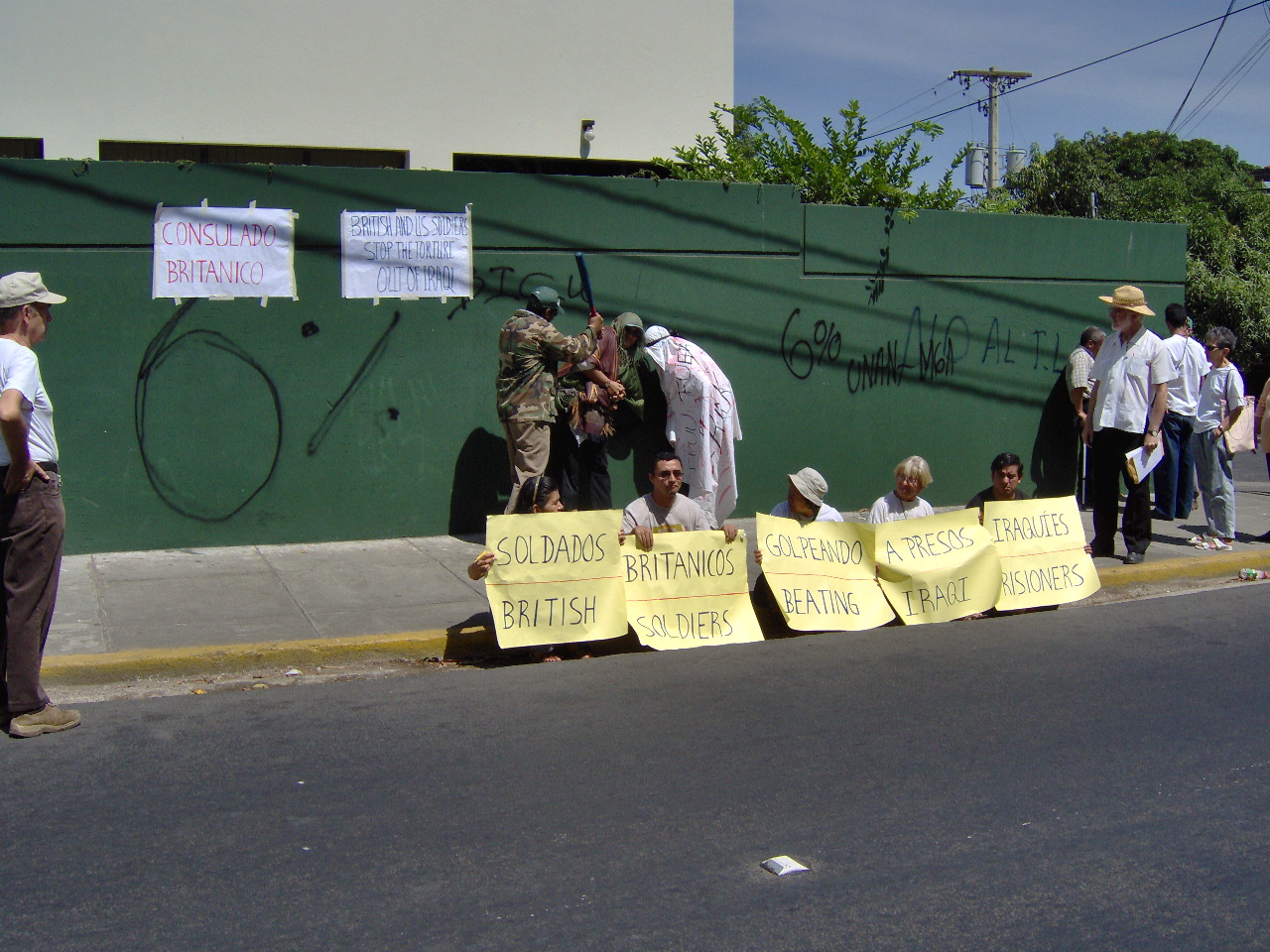 (Sorry, I just sent this but did not send the photos and video correctly. I hope it works this time. Thanks.)
A "street theatre" was presented outside the consulate, with some people representing British soldiers "beating" others playing the role of Iraqi teenage prisoners. The shocking video of this was released by News of the World and seen on international television in February.
Signatures are being gathered on a letter to Prime Minister Tony Blair which will be presented to the British Consul, with the request that he forward it to the Prime Minister.
Fr. Joseph Mulligan, S.J., who works with the Christian Base Communities of Managua and is on the coordinating committee of Global Call Iraq Campaign (www.globalcalliraq.org), explained why this demonstration is being held on May 1, International Workers' Day: "This is an appropriate day because British and U.S. imperialism, of which the invasion and occupation of Iraq is a current expression, is essentially harmful to the interests of the working class and of the impoverished of the whole world."