On 9th May 2006, Vince Shalom of the Shalom Family Campaign for Social Justice made a public and peaceful appeal for help at the Business In The Community (BITC) Annual Conference. Held at the Queen Elizabeth Conference Centre, London, HBOS PLC was the ‘target’. 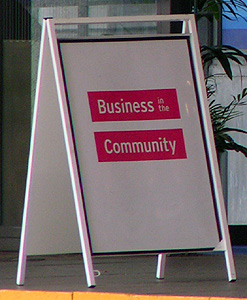 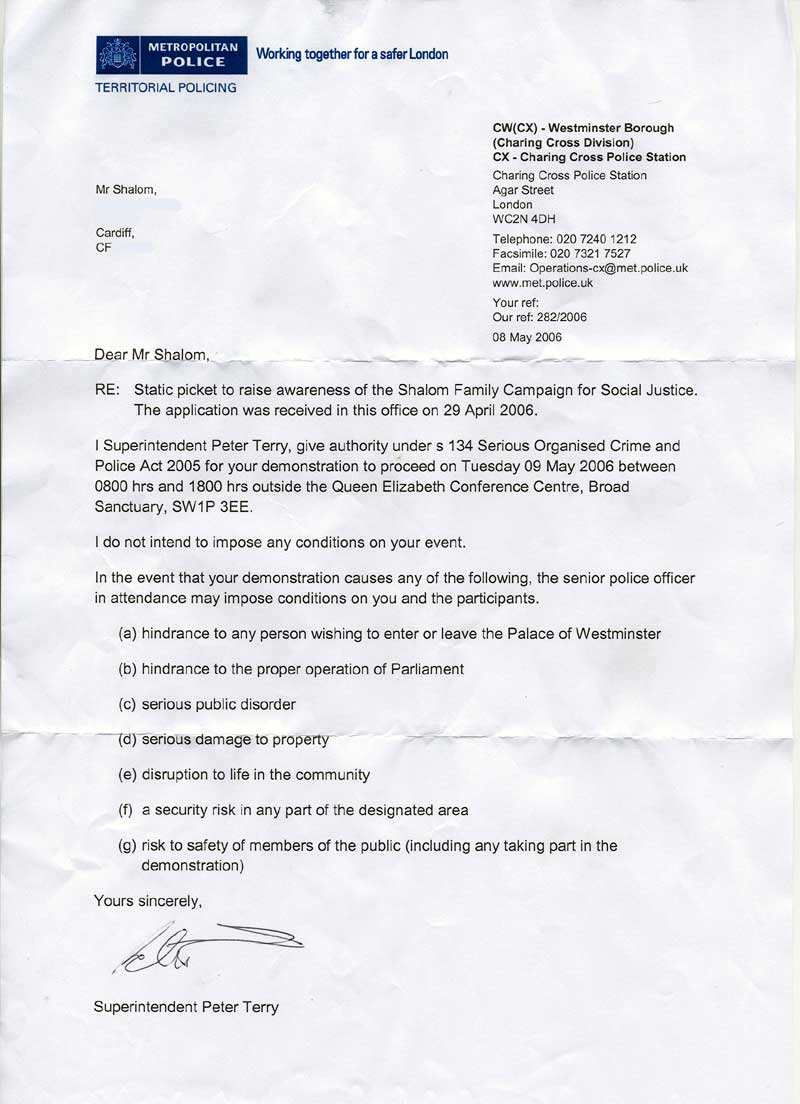 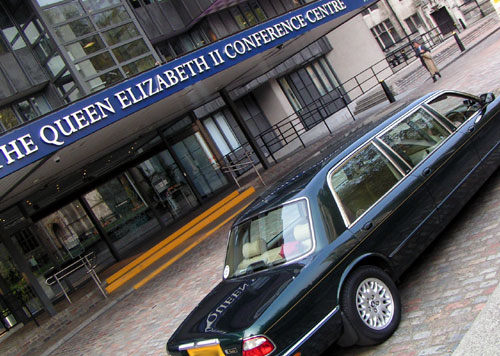 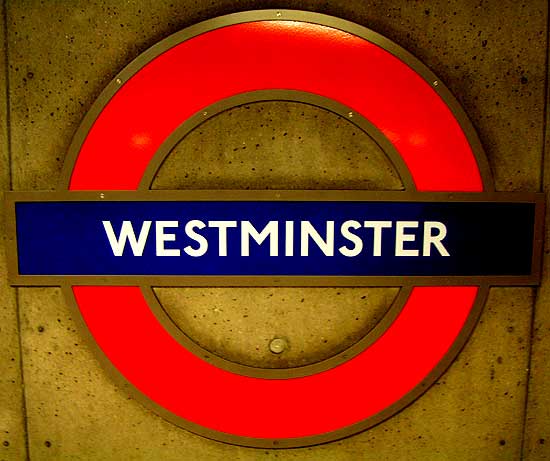 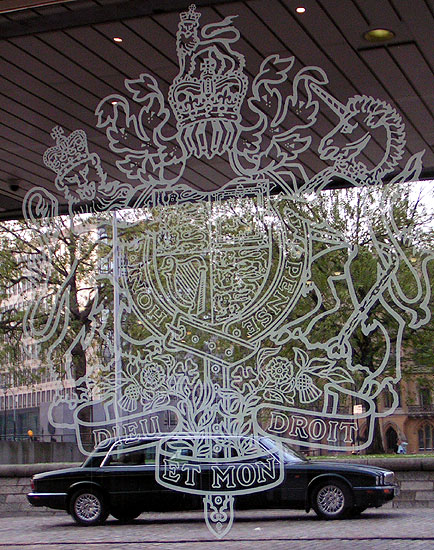 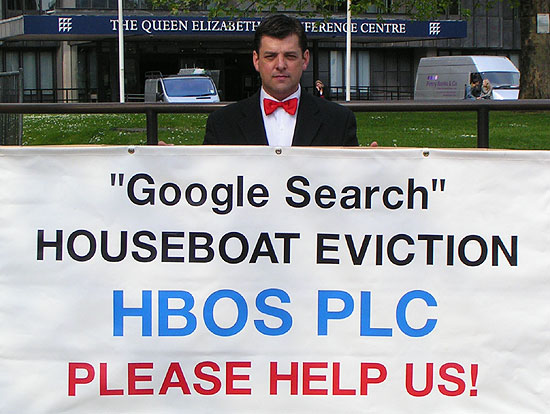 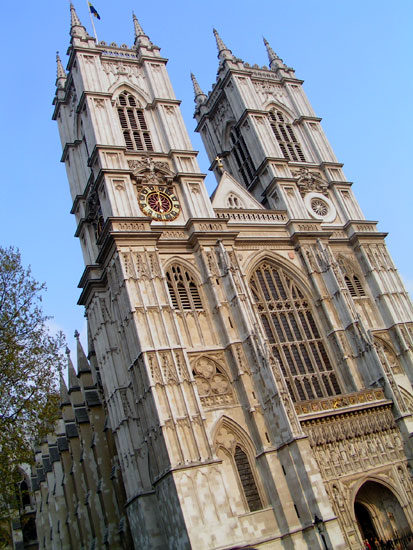 Westminster Abbey A Witness To One Man's Request For Social Justice 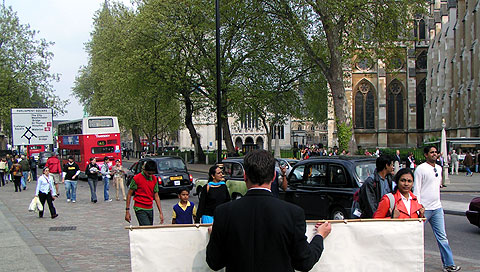 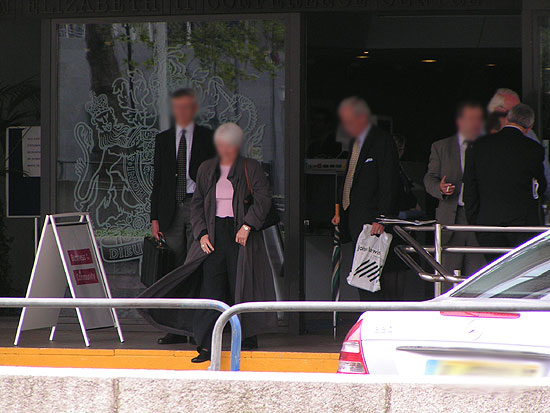 
HBOS PLC are full members* of BITC, an organisation which acts under the Presidency* of HRH Prince Charles, who promote 'Corporate Social Responsibility' (CSR) and 'Responsible Business Practice' (RBP).


CSR is ‘proactively encouraged’ both between BITC membership and the wider business community. The Shalom Family believe that Corporate Social Responsibility, and/or, Responsible Business Practice, is something, which is definitely missing, in the whole experience of this horrible houseboat-eviction affair. The Family have asked BITC for help*, even if that only means ‘having a word’ within its own membership, but BITC insist that there is nothing they can do*.


The Family insists that their requests and appeal for HBOS PLC help,* revolve around the company’s ethical investment with house building firm and property developer, Crest Nicholson Plc, who have unnecessarily caused the total destruction of their beautiful way of life and their Family’s Home, a houseboat of 14 years.


During the eviction process, more than two years ago, the Family’s entire possessions were also seized, in the middle of the night. Nothing has been returned and some possessions cannot be accounted for, even the children’s 7 pet goldfish were seized!


The Family believe that the HBOS PLC 'official position' in this matter appears to condone the disgraceful actions brought about by Crest Nicholson, yet the corporate bankers have still failed to accept the Shalom’s invitation, to see the full file and account, especially with former staff of the company, who have since migrated to other business concerns.

In particular, the company has been invited to become aware of the ‘disgraceful and mendacious conduct' of Mr. John Callcutt, former Chief Executive Officer of Crest Nicholson Plc, a solicitor by trade, and the one man who was, ‘solely responsible for enforcing health and safety in the Crest Group’. The Family believe that his negligence in the matter is clear.

The company undisputedly caused a night time grounding accident to the Family Home. It subsequently started to leak. The company could have given heed to the Family’s request, for them to be able to take their own home out of water. It would have meant the granting of all necessary 'permissions' for the lifting operation to take place, but it would also have guaranteed that the leak would have been fixed, and that the Family could then have had the vessel surveyed and insured.


However, despite the clear case for a CSR, and/or, RBP approach and fair solution to this simple challenge, Mr. John Callcutt directed the company to eradicate the Family and their Home, from its Marina facility in Penarth Marina, Cardiff Bay.


Legal & General Group Plc and Lloyds TSB Group Plc are also listed members of BITC. All three companies have been invited* to become aware of the issues in this Family Campaign for Social Justice, especially in terms of their past, or present, ethical investments and/or associations, with house-maker-home breaker, Crest Nicholson Plc.


On behalf of his wife and their five children, Vince was able to conduct his 'static picket' at the BITC Conference for the entire duration of the day. Having liaised with the Westminster Borough (Charing Cross Division) of the Metropolitan Police, his picket was given due authority and passed without conditions being imposed.


Keynote speakers at the event were listed as: