Today the Mexican consulate was closed down by inviduals both alive and dead who locked onto the entrance. The protest was over the recent repression in Mexico. 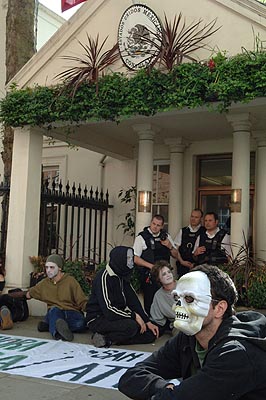 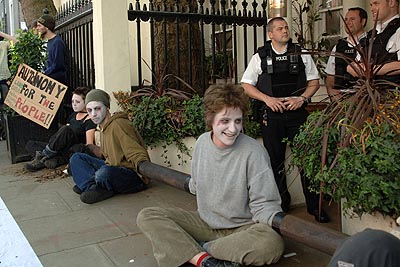 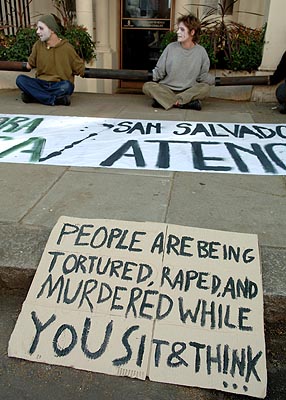 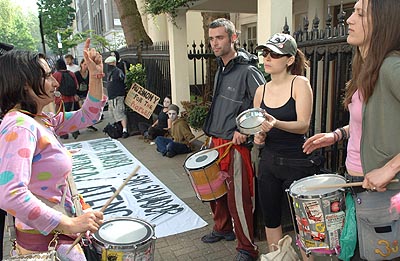 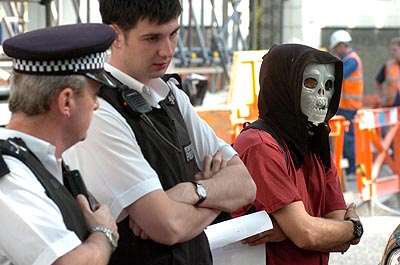 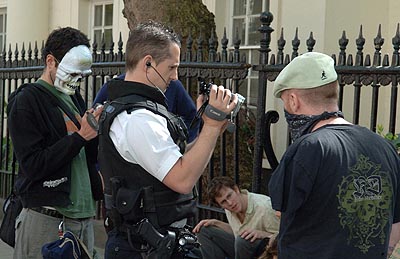 Filming begins for Dawn of the Dead 2. 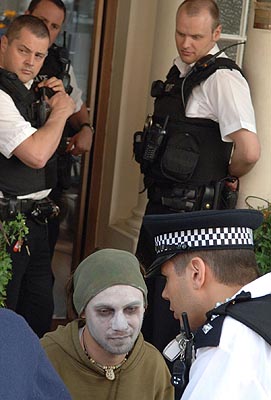 "Do you have a permit to be dead?"

14 year old Javier Cortes was the victim of Police ordered to use 'lethal force'. He died in San Salvador where state repression is currently the norm.

Todays demo told the Mexican government that people are watching closely. The lock on, which closed the consulate, was joined by a Samba band and several bemused cops who had clearly forgotten their angle grinder.

There were no arrests when yours-truly left at about 11. Niether were there any signs that the protesters were leaving.

I have reposted this article to:

Both IMC's have been covering the events in Atenco and have been collecting information about solidarity actions from all over the world.

IMC-Mexico runs an English language section about this issue (see addition below) and they have added this article in there too.

We have created a section for special coverage in English at the Mexico
Indymedia site for news on the popular resistance in San Salvador Atenco
against state repression and corporate media dis-information. Please take a
look and contribute with us posting opinions, solidarity messages or
translations.

Please take a look and spread the resistance against corporate colonialism.