Southend on sea’s second Critical Mass took place last Friday night. After being threatened with arrest (obstruction of the highway) on the first Mass, everyone was left wondering if the 2nd ride would take place. 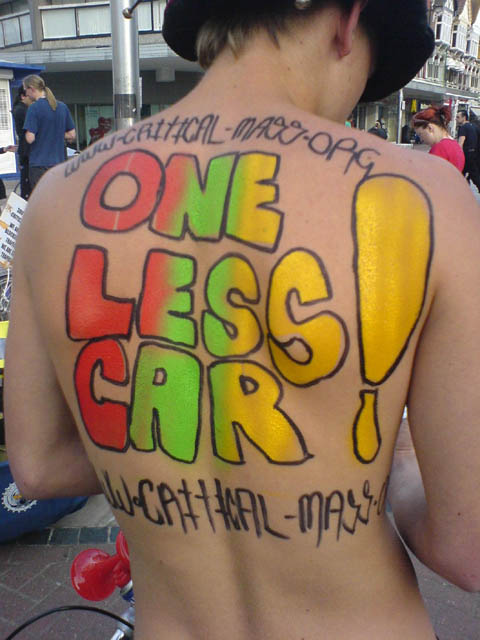 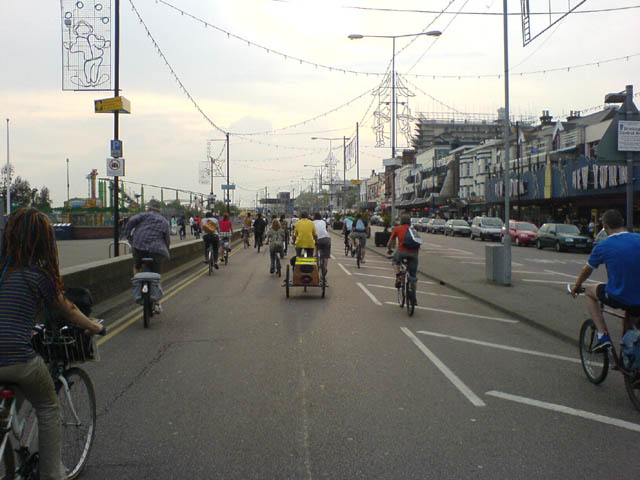 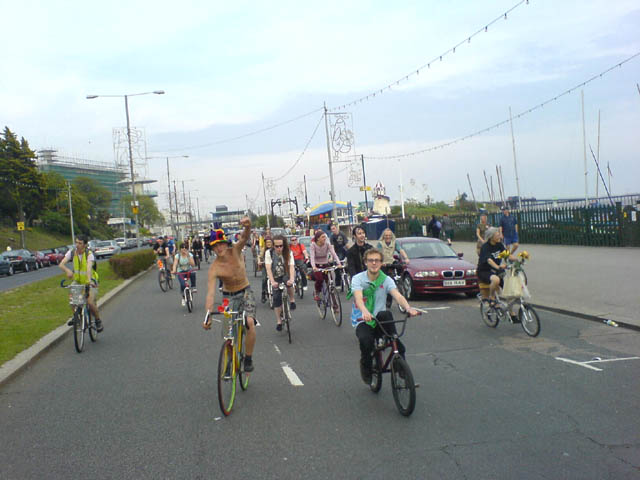 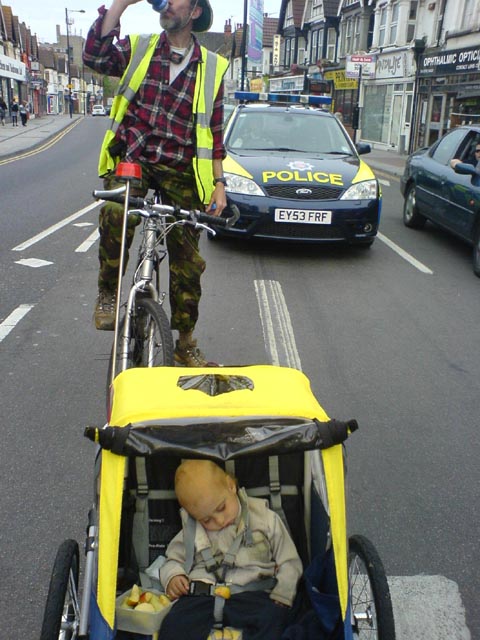 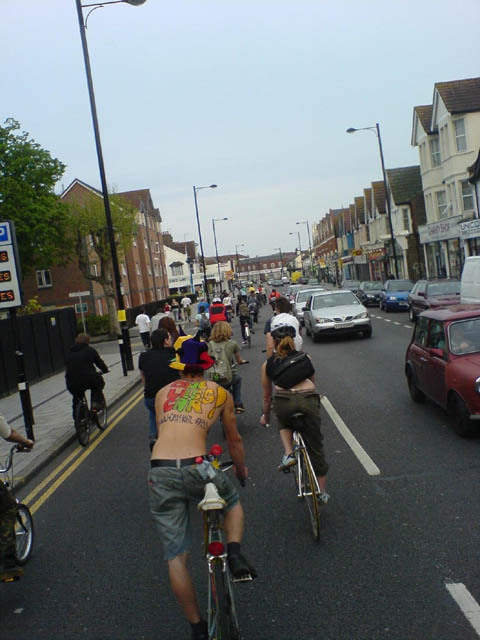 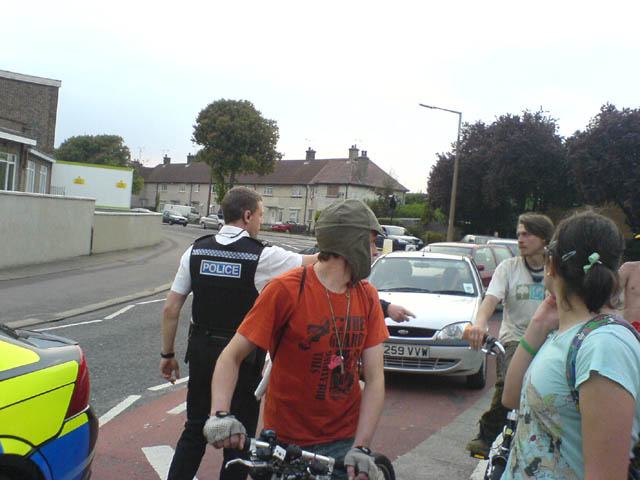 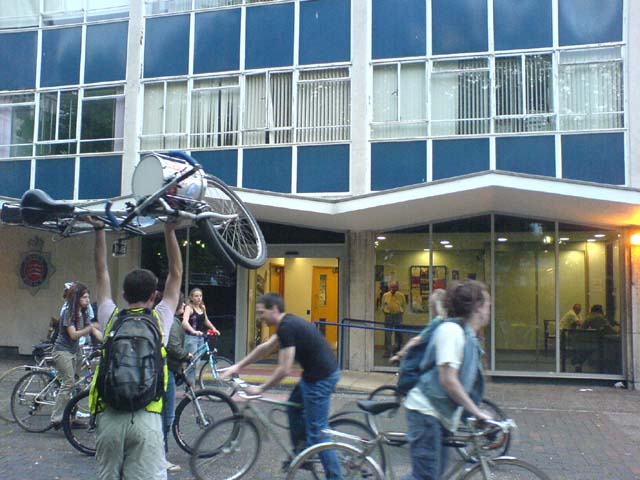 There was a good turn out of about 35 cyclists under the watchful eye of CCTV, one traffic police car and two community support officers. The ride set off down a slightly different route in order to lose the police car (it would have been rude not to!).
There was a good atmosphere on the ride. Even the car drivers seemed to be enjoying themselves by waving to the cyclists and putting thumbs up. Finally the police decided to ruin the fun. Around 8.00 p.m. after riding for about an hour and a half, plain clothes police appeared and proceeded to arrest 3 cyclists for ‘wilfully obstructing the highway on a non-motorised vehicle’. No warning was given. The 3 riders were held for about 5 hours while some of the riders waited outside for their release. 1 accepted a caution and 2 are due in Southend magistrates court on 25th May at 10.00 a.m.

Come and show some solidarity by coming to the court, and by helping make the next Mass bigger, meet outside WHSmith (town centre) on Friday 9th June at 6 p.m.