The return of 'thought crimes' in Japan

In combination with another statute that permits detention without charge, the new law could have a chilling effect on civil liberties, including freedoms of speech and assembly and the right to organize. 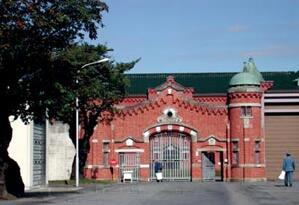 Japan's government is pushing for the passage of an anti-conspiracy law with potentially far-reaching consequences. Called the Kyoubouzai Hoan (conspiracy or collusion law), the legislation appears headed for passage in the diet (parliament) as soon as next week. In its present form, it could result in Japanese citizens being detained or punished for merely agreeing with one another.

In combination with another statute that permits detention without charge, the new law could have a chilling effect on civil liberties, including freedoms of speech and assembly and the right to organize.

Domestic critics of the plan say it evokes comparison with the pre-World War II Peace Preservation Law, which made opposing the war a thought crime. The proposed statute is a vaguely worded, two-sentence amendment to an existing law. It defines "conspiracy" as an agreement, whether overt or tacit, fanciful or earnest, between two or more people that might be construed as planning to violate any statute for which the minimum sentence is four years or more. There are currently 619 such statutes, and more could be added by changing the minimum sentence guidelines.

Lawyers say that a husband and wife imagining nefarious ways to get back at their landlord for raising their rent fit the amendment's definition of a "group" planning criminal activity. Labor-union members brainstorming ways to resist harsh workplace practices could be held for colluding to violate laws that prohibit interfering with business activity. Teens discussing how to hot-wire cars could be held on conspiracy charges even if they did not attempt to act on their knowledge.

Simply belonging to a group or being in the same room where such conversations take place could make a person subject to the new law. No crime need be actually carried out for the police to detain suspects. Failing to report overheard conspiratorial talk could be construed collusion.

In the postwar era, Japanese law has generally punished only crimes actually committed or attempted. In cases such as murder or arson, prison time is sometimes given to accomplices who knowingly provide weapons or gasoline. However, punishment for conspiracy alone has been limited to rare cases of sedition.

The statute promises co-conspirators who reveal plans to the police reduced sentences or immunity from prosecution. People fear the new law would encourage self-censorship or spying in non-profit organizations, churches, labor unions, and political groups. Constitutional guarantees of freedom of speech and assembly, as well as protections against searches and seizures, could be rendered null. Various forms of cyber-communication could be mined for incriminating agreements.

Much would depend on enforcement. Japan's police have a well-documented tendency to assume the guilt of those detained and have been known to conduct lengthy interrogations aimed at extracting confessions, rather than exerting themselves in pursuit of corroborative evidence. New detention facilities currently under construction give domestic observers pause to consider the government's motives for bringing this law now. The ruling party's smug reluctance to acknowledge the amendment's shortcomings or extend debate on the matter is also cause for concern.

The rationale for the legislation is that Japan is a signatory to a United Nations treaty designed to stop international organized criminal activity. But the draft amendment makes no mention of the treaty, which Japan's UN representatives originally opposed as unnecessary. A Kyoto student group used Japan's version of the US Freedom of Information Act to get the transcripts of the committee that drafted the amendment. They reportedly received pages in which most of the text had been blackened out.

Japan already has domestic laws against organized criminal groups. The new conspiracy provision raises the specter that much daily speech and activity could be criminalized or made subject to police scrutiny, if not immediately, then at some time in the future.

Japan should reflect on the historical lesson that threats born of free thought and speech are nothing compared with the corrosive power of unchecked authority. One need look no further than Guantanamo Bay or Japan's own history for persuasive examples of why this amendment is unnecessary.