Appealing to the United States is not very appealing

"...The people will scrutinize our presidencies. Did we (manage) to bring peace, security and prosperity for the people or insecurity and unemployment? Did we intend to establish justice or just supported (special) interest groups, and by forcing many people to live in poverty and hardship, made a few people rich and powerful -- thus trading the approval of the people and the almighty with theirs? Did we defend the rights of the underprivileged or ignore them? Did we defend the rights of all people around t he world or imposed wars on them, interfered illegally in their affairs, established hellish prisons and incarcerated some of them? Did we bring the world peace and security or raised the specter of intimidation and threats? " -- Mahmood Ahmadi-Nejad 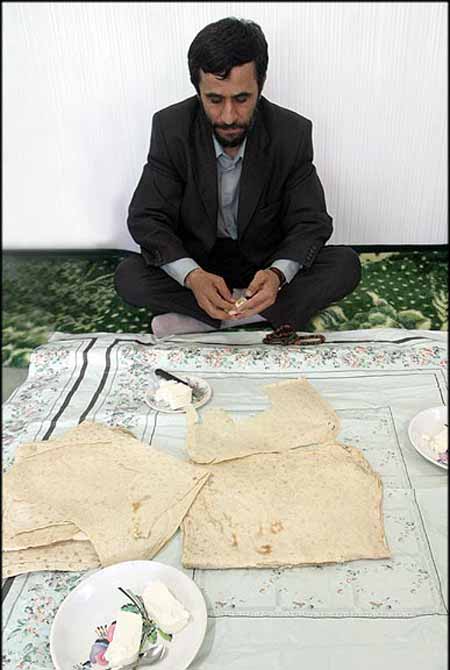 Is not very appealing

With his recent letter to President Bush, Iranian President Mahmoud Ahmadinejad has become part of a long tradition of Third-World leaders who, under imminent military or political threat from the United States, communicated with Washington officials in the hope of removing that threat. Let us hope that Ahmadinejad's effort doesn't result in the equally traditional outright US rejection.

Under the apparently hopeful belief that it was all a misunderstanding, that the United States was not really intent upon crushing them and their movements for social change, the Guatemalan foreign minister in 1954, President Cheddi Jagan of British Guiana in 1961, and Maurice Bishop, leader of Grenada, in 1983 all made their appeals to be left in peace, Jagan doing so at the White House in a talk with President John F. Kennedy.(1) All were crushed anyhow. In 1961, Che Guevara offered a Kennedy aide several important Cuban concessions if Washington would call off the dogs of war. To no avail.(2)

In 2002, before the coup in Venezuela that ousted Hugo Chavez, some of the plotters went to Washington to get a green light from the Bush administration. Chavez learned of this visit and was so distressed by it that he sent officials from his government to plead his own case in Washington. The success of this endeavor can be judged by the fact that the coup took place soon thereafter.(3)

Shortly before the US invasion of Iraq in March 2003, Iraqi officials, including the chief of the Iraqi Intelligence Service, informed Washington, through a Lebanese-American businessman, that they wanted the United States to know that Iraq no longer had weapons of mass destruction, and they offered to allow American troops and experts and "2000 FBI agents" to conduct a search. The Iraqis also offered to hand over a man accused of being involved in the World Trade Center bombing in 1993 who was being held in Baghdad. The Iraqis, moreover, pledged to hold UN-supervised free elections; surely free elections is something the United States believes in, the Iraqis reasoned, and will be moved by. They also offered full support for any US plan in the Arab-Israeli peace process. "If this is about oil," said the intelligence official, "we will talk about US oil concessions." These proposals were portrayed by the Iraqi officials as having the approval of President Saddam Hussein.(NYT 11-6-03) The United States completely ignored these overtures.

The above incidents reflect Third World leaders apparent belief that the United States was open to negotiation, to discussion, to being reasonable. Undoubtedly, fear and desperation played a major role in producing this mental state, but also perhaps the mystique of America, which has captured the world's heart and imagination for two centuries. In 1945 and 1946, Vietnamese leader Ho Chi Minh wrote at least eight letters to US President Harry Truman and the State Department asking for America's help in winning Vietnamese independence from the French. He wrote that world peace was being endangered by French efforts to reconquer Indochina and he requested that "the four powers" (US, Soviet Union, China, and Great Britain) intervene in order to mediate a fair settlement and bring the Indochinese issue before the United Nations.(4) This was a remarkable repeat of history. In 1919, at the Versailles Peace Conference following the First World War, Ho Chi Minh had appealed to US Secretary of State Robert Lansing (uncle of Allen Dulles and John Foster Dulles, whom Lansing appointed to the US delegation) for America's help in achieving basic civil liberties and an improvement in the living conditions for the colonial subjects of French Indochina. His plea was ignored.(5)

His pleas following the Second World War were likewise ignored, with consequences for Vietnam, the rest of Indochina, and the United States we all know only too well. Ho Chi Minh's pleas were ignored because he was, after all, some sort of communist; yet he and his Vietminh followers had in fact been long-time admirers of the United States. Ho trusted the United States more than he did the Soviet Union and reportedly had a picture of George Washington and a copy of the American Declaration of Independence on his desk. According to a former American intelligence officer, Ho sought his advice on framing the Vietminh's own declaration of independence. The actual declaration of 1945 begins:

"All men are created equal. They are endowed by their creator with certain inalienable rights, among these are life, liberty and the pursuit of happiness."(6)

Now comes the president of Iran with a lengthy personal letter to President Bush. It has the same purpose as the communications mentioned above: to dissuade the American pit bull from attacking and destroying, from adding to the level of suffering in this sad old world. But if the White House has already decided upon an attack, Ahmadinejad's letter will have no effect. Was there anything Czechoslovakia could have done to prevent a Nazi invasion in 1938? Or Poland in 1939?

William Blum is the author of "Killing Hope: US Military and CIA Interventions Since World War 2" and "Rogue State: A Guide to the World's Only Superpower". (

http://www.killinghope.org) He publishes a free monthly newsletter, Anti-Empire Report, which can be subscribed to by sending an email to (bblum6 (at) aol.com)

"For sometime now I have been thinking, how one can justify the undeniable contradictions that exist in the international arena -- which are being constantly debated, especially in political forums and amongst university students.... Young people, university students, and ordinary people have many questions about the phenomenon of Israel. I am sure you are familiar with some of them.... am sure you know how -- and at what cost -- Israel was established: - Many thousands were killed in the process.- Millions of indigenous people were made refugees....This tragedy is not exclusive to the time of establishment; unfortunately it has been ongoing for sixty years now.

A regime has been established which does not show mercy even to kids, destroys houses while the occupants are still in them, announces befo rehand its list and plans to assassinate Palestinian figures, and keeps thousands of Palestinians in prison. Such a phenomenon is unique -- or at the very least extremely rare -- in recent memory.... The people will scrutinize our presidencies. Did we (manage) to bring peace, security and prosperity for the people or insecurity and unemployment? Did we intend to establish justice or just supported (special) interest groups, and by forcing many people to live in poverty and hardship, made a few people rich and powerful -- thus trading the approval of the people and the almighty with theirs? Did we defend the rights of the underprivileged or ignore them?

Did we defend the rights of all people around t he world or imposed wars on them, interfered illegally in their affairs, established hellish prisons and incarcerated some of them? Did we bring the world peace and security or raised the specter of intimidation and threats? " -- Mahmood Ahmadi-Nejad