The 5th International conference against disappearances-Turkey

The 5th International conference against disappearances opened today in Diyarbakir or Amed in Kurdish.
Diyarbakir is in the south of Turkey, not far from the Syrian border. 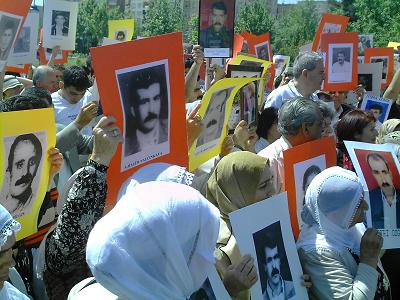 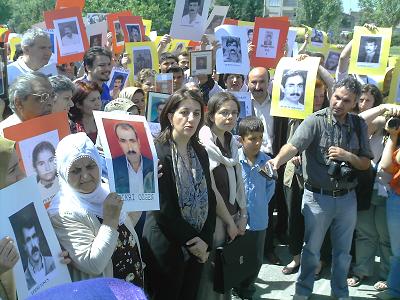 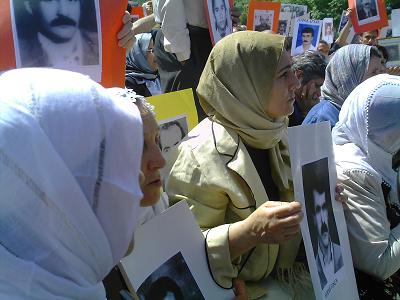 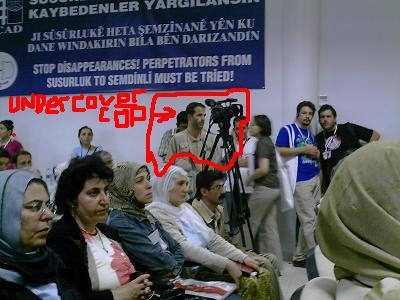 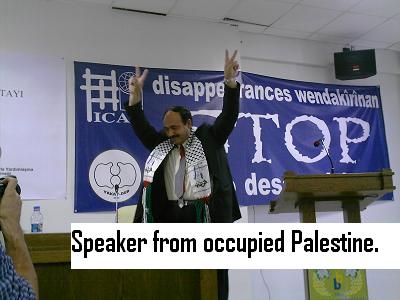 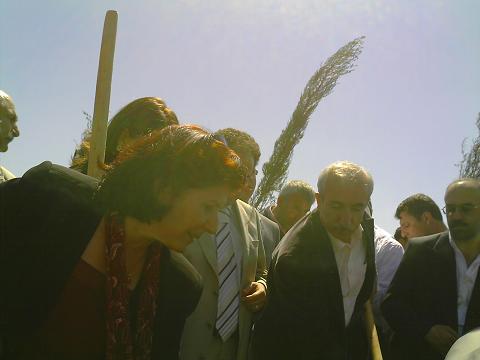 The 5th International conference against disappearances opened today in Diyarbakir or Amed in Kurdish.
Diyarbakir is in the south of Turkey, not far from the Syrian border.

Although the conference is as it suggests an International conference against disappearances, it is marred by where it is held this year in the heart of Kurdistan, which is situated within the borders of Turkey and where more than 3000 people have disappeared within recent years.

67 Internationals are in attendance at the conference as well as 2-300 Turkish and Kurdish people many of whom either work in solidarity groups here or are relatives of the disappeared (or both).

Yesterday we all walked around the city handing out leaflets for the conference, eventually after walking through the central park we had a show down with the local police who followed and filmed us for some time, we were told that arrests and violence would have occurred normally off of the police, in this situation, however due to the International presence this would not happen.

The conference officially started in the evening with all those present introducing them selves, this was especially moving as a good number of the 200 present were mothers or relatives off of the disappeared.

This morning we went to a large park in the centre of Diyarbakir where we held a vigil for the disappeared holding their pictures above our heads.
There was a very large police presence, with many of them filming and police lined up with machine guns to greet us as we left the park.
Considering that most people present were elderly mothers it seemed very insensitive and inappropriate.

We are now in a large public meeting in which people from different countries are talking about disappearances in their countries, places such as Columbia, Argentina, Palestine etc.
Again insensitivity seems to be a big thing here, as where I am writing this article inside the conference hall a several police camera teams are set up in the room filming all of the speakers and individuals attending the meeting.

Following this we travelled to the countryside to plant 1000 trees in memory of the disappeared, in particular 7 journalists who have gone missing. The police came and filmed the tree planting and mentioned that they wanted to arrest one of the Kurdish speakers from the morning conference for mentioning Kurdistan in their speech.
The Mayor and other Kurdish officials were at the tree planting and they announced that they would call the area where we planted the trees, the forest of the disappeared and that they would call the entrance and arch way to the City as you come out of the forest, the Arch way of the disappeared.