Loose Change Second Edition, a film about the events of Septemer 11th 2001, has become a net phenomenon — it currently (18th May 2006) holds the 1st, 4th and 26th places on the Google Video top 100 and this is in competion with lots of very short titillation clips (eg Webcam Girls Go Wild) and dubious humour clips (eg funny clips baby fart).

Loose Change is the most popular 9/11 "conspiracy theory" film, no doubt due to its slick graphics, soundtrack and editing — for an amateur movie it is impressive. However it's not the most accurate movie of its type — see the discussion on indybay and the detailed Sifting Through Loose Change — The 9-11 Research Companion.

Read on for a brief guide to some better 9/11 videos that deserve more attention... 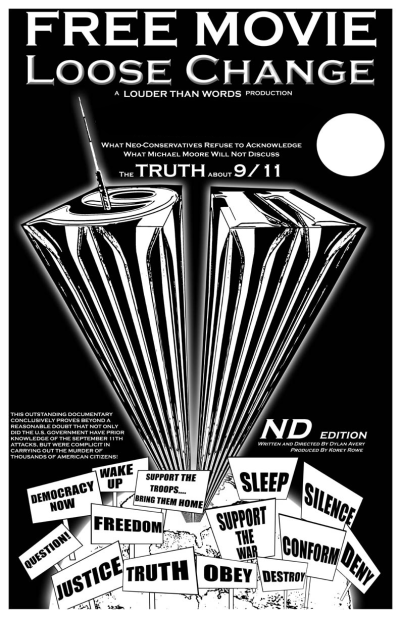 This is currently, probably, the best 9/11 video that challenges the official conspiracy theory.

9/11 Revisited concentrates on the collapse of the three World Trade Center buildings and includes news reports from the day and interviews with experts including Steven E Jones, David Ray Griffin and Jeff King. It is available to view online and via Google Video and the Internet Archive.

This is a lecture from 2006 by BYU Physics Professor Steven E Jones on the collapse of the WTC buildings on 9/11. It is available from the Internet Archive. The academic paper this presentation is based on is Why Indeed Did the WTC Buildings Collapse?.

This is a lecture by David Ray Griffin — professor emeritus of philosophy of religion and theology, at the Claremont School of Theology in Claremont, California. He has written many books including The New Pearl Harbor and The 9/11 Commission Report: Omissions and Distortions on the official 9/11 Report. This lecture is available from theInternet Archive.

Filmed at the 9/11 International Inquiry (Toronto, May 2004) Open Your Eyes is available on the Internet Archive.

This new film covers the links between the US adminstration, the Republician Party and drugs running and the 9/11 hijackers, it is available on Google Video and there are higher quality versions on 911 blogger, the official film site is http://www.crisisinamerica.org/

War and Globalization - The Truth Behind September 11 (2003)

Politically this is the best video on 9/11.

War and Globalization is a lecture, from 2003 by Michel Chossudovsky, a professor of economics at the University of Ottawa. Michel Chossudovsky is the founder of the Centre for Research on Globalization, the organisation behind Global Research an extensive website dedicated to exposing the true nature of globalisation. This video is a covers 9/11, oil and war, it is based on his book, America's "War on Terrorism". Despite being almost three years old it is especially pertinent today with the looming threat of war with Iran. Links to other texts by Michel Chossudovsky can be found on the Peoples' Global Action web site.

This video is available on Google Video and on DVD from Snowshoe Films.

How Indeed Did The Twin Towers Collapse? 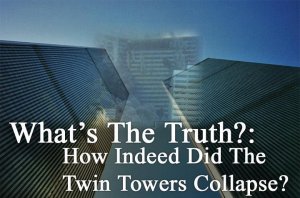 Another movie has just come out that concentrates on the collapses of the twin towers and building 7, What's the Truth - How Indeed Did the Twin Towers Collapse.

They are claiming $150,000 plus costs for 14 different copyright infrigements -- I wonder how long before Google also get hit by this and pull the video...