From 4th to 7th May in Athens the European Social Forum met for the 4th time. Around 20.000 activists came together to celebrate resistance, form stronger links and protest against neo-liberal policy all across the continent and beyond. Up to 100.000 joined the concluding demonstration. Police used tear gaz and arrested several activists in clashes near Greek governement buildings and the American and British embassies. 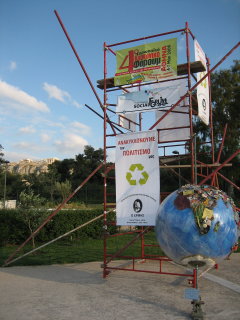 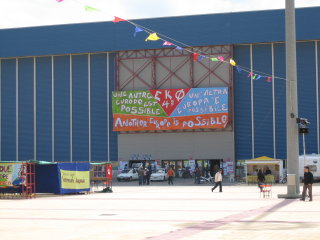 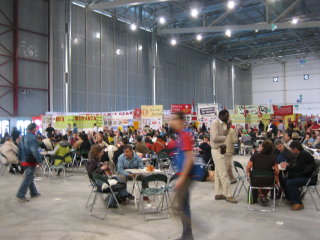 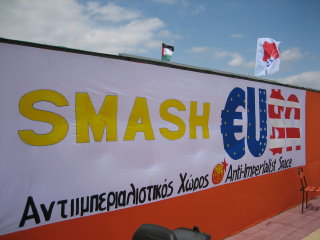 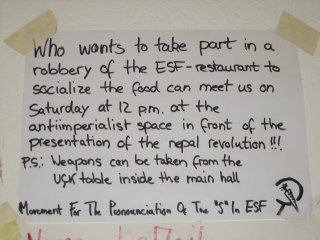 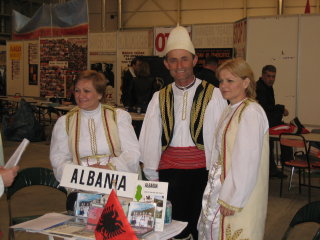 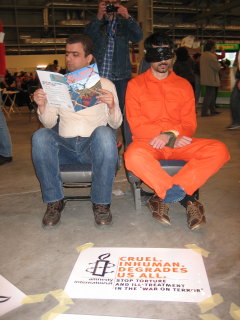 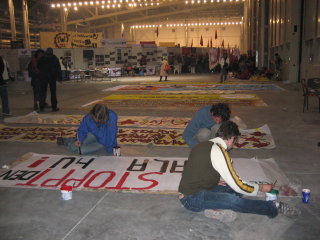 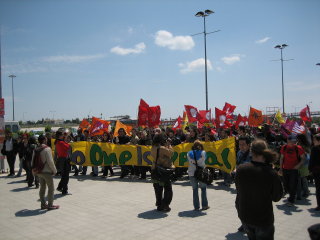 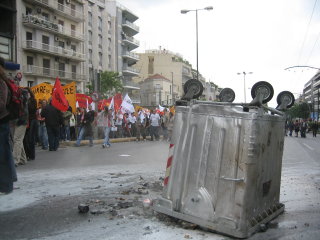 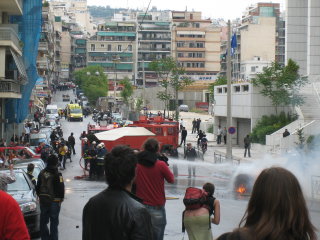 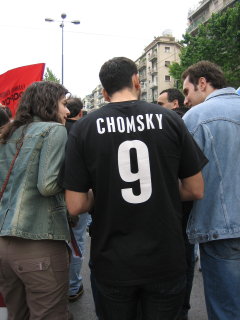 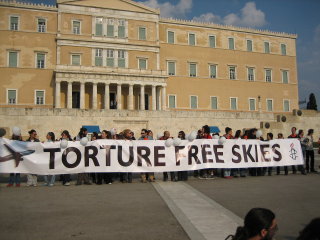 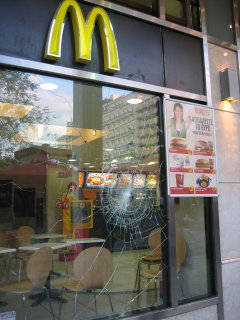 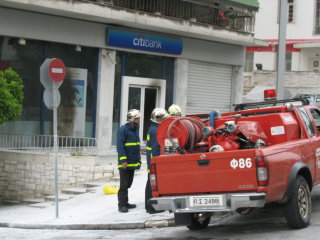 100s of activists from Northern Africa, Russia, the Balkans, Turkey and the Middle East ensured the diversity of perspectives on Europe and the hosting groups from the Greek social forum managed to mobilize thousands of local activists. While the Stalinist communists in Greece oppose the Social Forum as „essentially American“, several autonomist groups held their own meetings parallel to the forum. Yet in difference to London, where Trozkist and populist labour-lefties dominated the organizing process, rendering the autonomous spaces the only real democratic (and interesting) part of the forum, in Greece the forum itself proved to be openly organized and therefore the place to be, while the four separated autonomous and anarchist meetings (all opposing each other) were hardly visited and rather insignificant.

Social Forum Kitsch
The usual Social Forum Kitsch prevailed on the large site of the forum, a former airport area, including delegations from national tourism boards advertising their countries as prime destinations and a range of internal interventions, demonstrations of various groups inside the forum (rather than outside!). In the same time, NGOs, local activists and campaigns presented their projects. The networking process of the program group proved to be a full success. Various groups working on similar issues were organising their thematic axes in advance thereby avoiding parallel discussions on the same issues.

Massive Demo
The program remained massive, though feasible, including a nice proportion of action and a massive demo, some said of 100.000 people that also caused slight disturbances. Several outlets of global chains got trashed in the course of the march, a few cars were burned and the police tear gazed the demo whenever it stopped for too long. Yet – as Greek activists were pointing out – the police was relatively passive in order to not give impressions of violent behaviour to the international audience. The assembly at the end of the forum made significant decisions for further European mobilisation, specifically in regards to migrant’s rights and the opposition to war.

Migrants Rights: Euro-African Day of Action on 7th October 2006
Migrant rights and the issue of Migration were core themes at the European Social Forum in Athens. While in a variety of workshops the knowledge of African and European activists and researchers was shared and enriched, migrants and supporters also took to the street in action, occupying a police station in Athens, in which foreigner were being held without trial and marching in a strong block at the front of the massive demonstration of the social forum.

The Assembly of the Movements of the 4th European Social Forum called for a days of action in support of migrants:
„We appeal for a international day of action and mobilization the 7th of October 2006 in Europe and Africa, for a European unconditional legalization and equal rights to all migrants; for the closure of all detention centres in Europe, for the stop to externalization, for the stop to deportations; against the precariousness and for the uncoupling of the link between resident permit and the labour contract, for a residence citizenship.“ (From the declaration,