Today it was business as usual for Israeli apartheid in Palestine; assassinations, killings and now starvation as they try to force 8 million Palestinians into submission by denying them food. 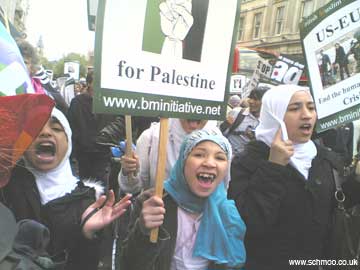 In London there was a march and rally in Traflagar Sq to support freedom in Palestine, organised by the Palestinian Solidarity Campaign. The event was notable for the large numbers of very young palestinian protestors - and support by a number of orthodox Jews who are very anti Zionist. Pictures & report @